We continue our artist interviews and thanks to the talented people who have submitted their work, we got the chance to meet Ehsan Mehrbakhsh. Ehsan is an Iranian illustrator and animation maker currently living in Milano, Italy. The series of question we’ve prepare for him will let you know more about his art.

How do you choose your art?

I divide my artworks in two main categories: 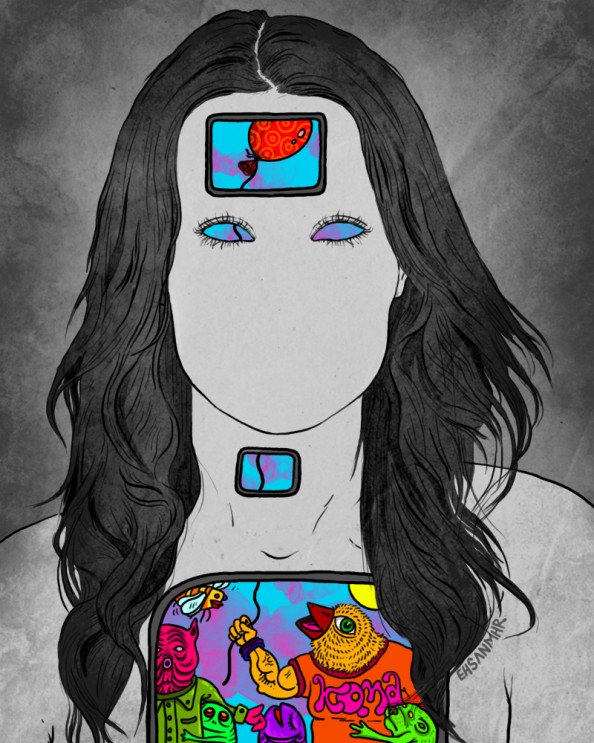 What influenced the most your path as an artist?

Animation cartoons I guess. As a child I was mesmerized by the classic pink panther series, Donald Duck, and a Soviet cartoon named “NU POGODI”. Later I discovered TIN-TIN comic stripe books. I’m not a patient person, so I could not create a comic books, so I just began drawing “cartooned paintings” and making animations on the book edges. Later, when I was about 18 years old, I began going to an Illustration and painting academy in Tehran, Iran, witch was the most important art education that I received till now. “embrio.net digital art studio” in Rome where I worked for two years also taught me a lot about animation. I consider the philosophy to also have a very important part for creativity. 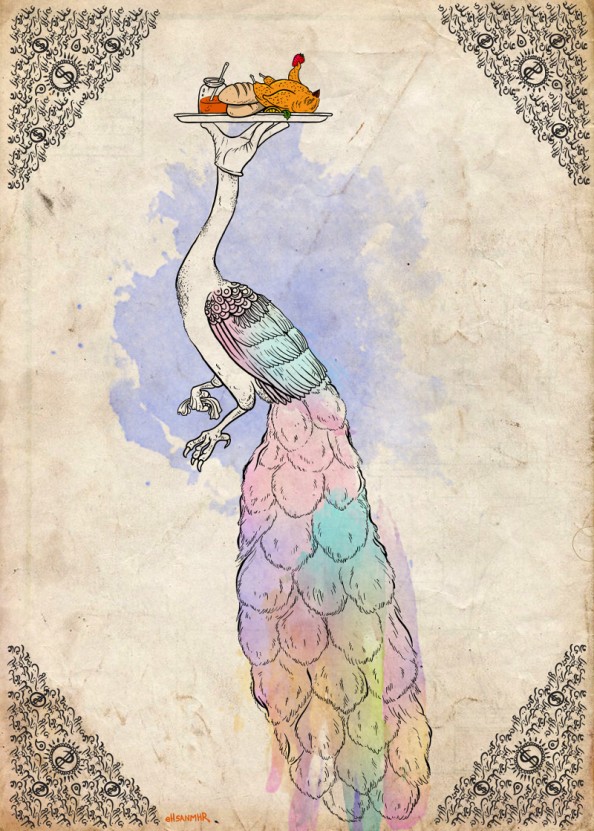 Why did you choose Italy to continue your studies and how did this impact your art?

When I was 15 years old Roberto Baggio (Italian football champion) was my hero, so I just began loving Italy. Later I discovered Italian cinema and literature. So choosing Italy to live for me was more like an emotional decision and I’m happy with it. The main impact was that for the first time I began living alone and facing the life in a country which injects into your head beauty, adventure, melancholy, and good wine… everyday. 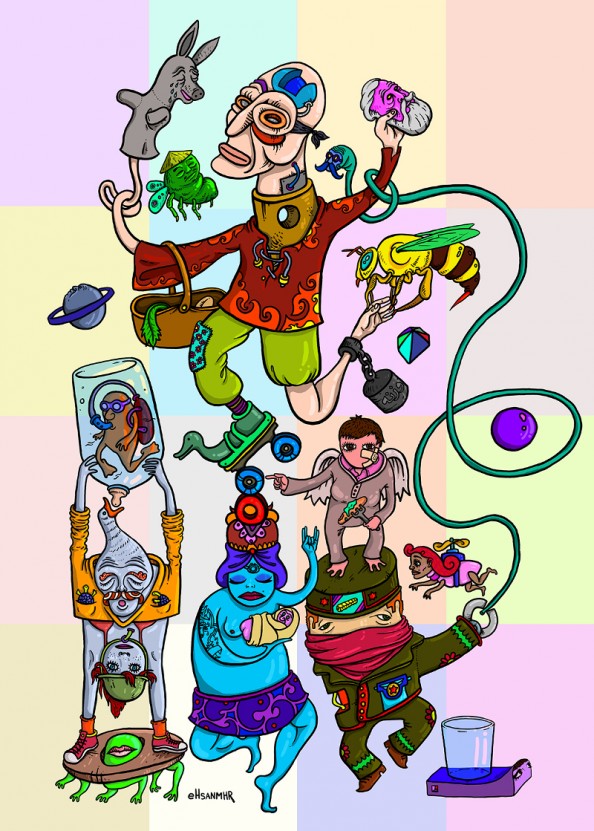 Some people I meet usually or unusually, music, philosophy, some forms and colors you find in Iranian architecture and Persian carpets, my usual city life.

Who do you admire in your field?

Ali Fatollahi is one of my favorites.
Farhad Fozouni as a Graphic designer.
Ivan Maximov is a Russian animator witch inspired me a lot. 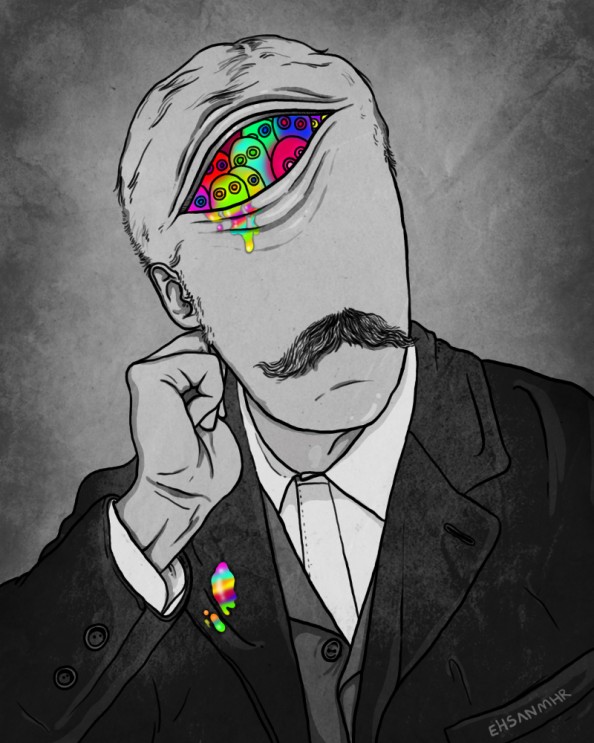 It’s titled: “a message to me”. I just had this image of a man riding a bottle in the ocean then all the other details came later. The details in this illustration are important. After I finished drawing the Idea, I wondered why I’ve got this vision and what is that message inside the whale’s stomach. So I called Fabrizio Mambro and asked him to choose a name for this drawing. The choice couldn’t have been better, this is “a message to me”. 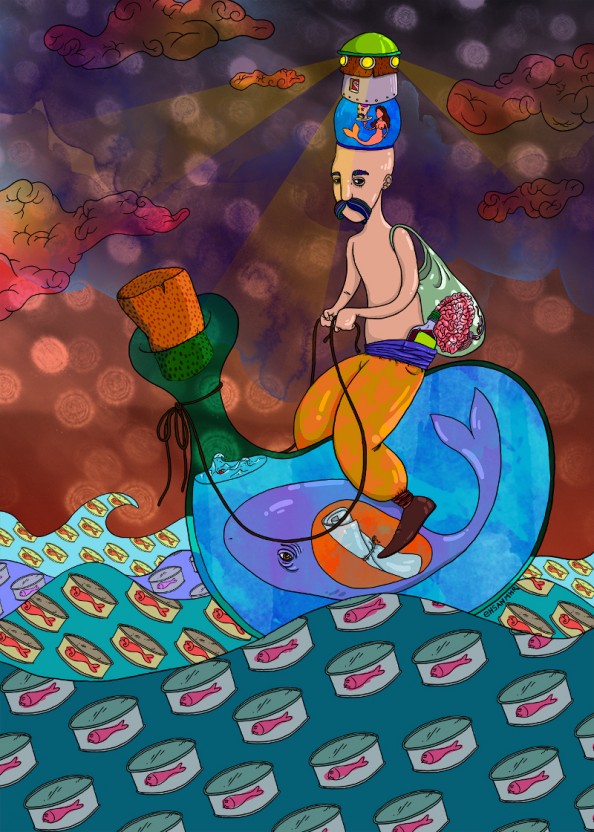 What do you consider your greatest challenge in this world of art? 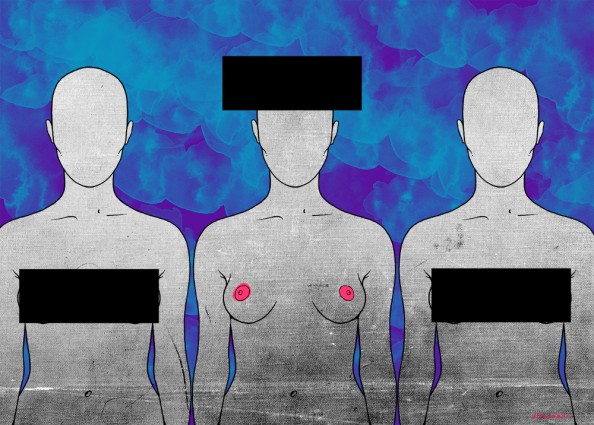 What’s your biggest dream as an illustrator and animation maker?

Having my own studio, to research and experiment animation videos, having some talented people working with me. And a Roberto Baggio poster on it’s wall.

What’s the next step for you right now?

There is a short movie I’m thinking about to make. It’s going to have animations on the film.

***
If you want to learn more about Ehsan and discover his work, you can find a full portfolio here.

this is my new animation video https://www.youtube.com/watch?time_continue=1&v=hHlgXQFk0JU

Awesome. Thanks for sharing it with us.