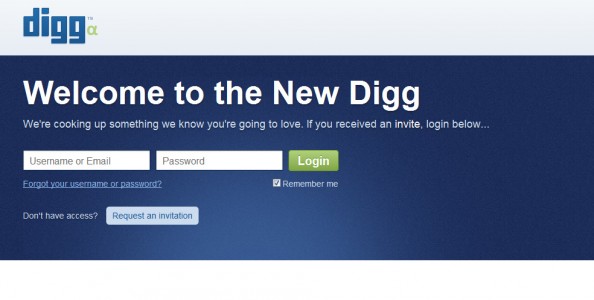 After being enthusiastic about getting a New Digg invitation from a friend, I got stuck with connecting with my current Digg account which is Facebook connect – based. It proved impossible. What I tried was to add an email address and then recover my password from the Facebook account. But guess what? No success.

I decided to do some digging, and that’s how I discovered that the email is not unique in their system. Now I basically have two different accounts with the same registered email. The password recovery works in both cases, sending different reset links, according to where the request comes from.

And that’s not all. My friend’s name, containing a non-ASCII character is broken – UTF-8 encoding problems – which prove there might have been an unsuccessful duplication / import of the current Digg users database.

So far, this is where a bit of playing around got me. I hope Digg will solve these problems, because right now it looks to me like the New Digg is still far from being production-ready.

Where Have The Digg Labs Gone? | Mole Empire

[…] Digg labs, quoting a disappointed Digg user on a forum […]

I totally dislike the new digg! 🙁