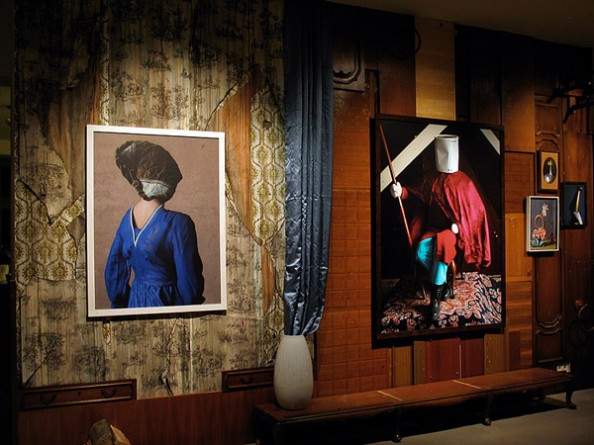 “When classic portraits meet modern art”. That’s Thorsten Brinkmann art in a few words. A German artist, born in 1971 in Herne who currently lives and works in Berlin amazes with his unusual form of art.

Thorsten Brinkmann moves individuals enjoying his works in a way that is hard to describe. It’s not like his creations offend somebody or give birth to strong feelings, but there certainly is something strange and disturbing about them. His piece of resistence is photographing people in a classical manner while substituting parts of their body with objects of common use, ranging for boxes, materials, lamps or even furniture. 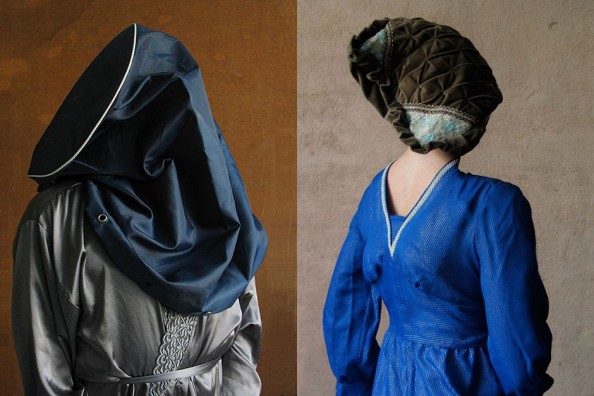 The interesting part about his models is that all of them are Brinkmann himself, who simply arranges the scene, puts all weird objects on him, presses the timer and jumps in the picture. Maybe it would have been easier to use models, but come to think of it, I don’t think there would be anyone to pose and transmit better the artist’s ideas. 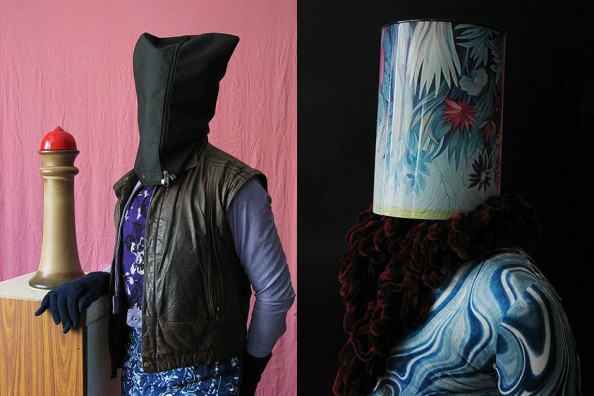 While his photographs respect the conventions of traditional portrait photography, the striking element of each of it is …well, the covering of the model’s face mainly, or other body parts. This gives an air of strangeness around his work, a collection of disturbing characters in an epoque which cannot be exactly classified or depicted. But his works have been certainly appreciated, his numerous exhibitions and press appearances being considerable proof. In 2011 he will feature even at the Andy Warhol Museum from Pittsburg. 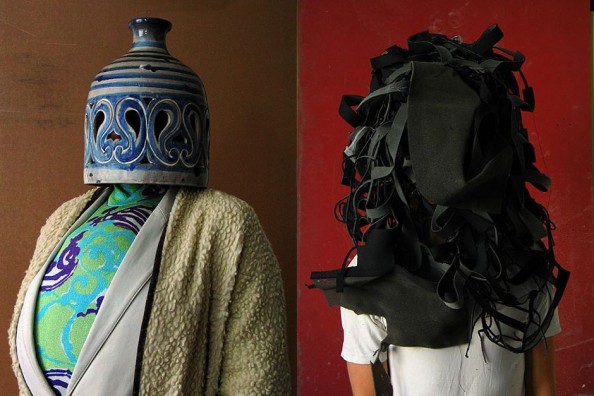 How would you classify his work: frightening, strange, interesting or just junk?

Photos by Thorsten Brinkmann from kunstagenten.

[…] you find An Furniture useful? Would you use it to decorate your […]

[…] heard yet, Terry Border is a Greenwood based artist, who makes a living of a really eccentric and bizarre art: he photographs everyday objects in unusual […]

[…] by and the number of visitors increased, and the wall became an enjoyable attraction as well as some strange form of art. One can find various objects, papers, portraits or names written in a creative way all over the […]

[…] artists such as Terry Border with his humorous Bent Objects, Thorsten Brinkmann with his bizarre portrait photography or Horacio Salinas with his conceptual photography all use everyday objects in their work, however, […]

[…] And of course, the absence of the face is a powerful characteristic in all of these photographs…Thorsten BrinkmannThorsten Brinkmann moves individuals enjoying his works in a way that is hard to describe. Its not […]