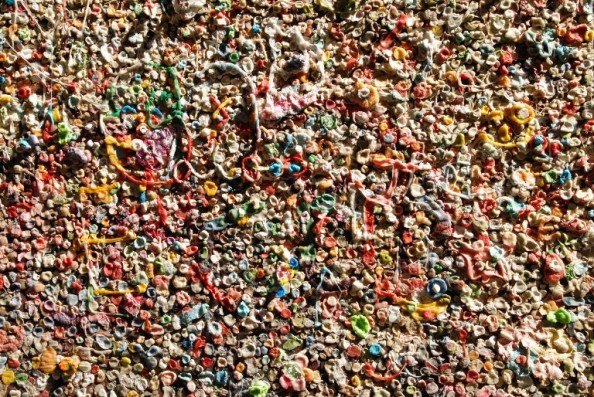 Sticking chewing gum in different places has been one of the human’s hidden pleasures since the dawn of early school years.


Considered by most of people unhygienic and gross, sticky chewing gum has taken unexpected forms,  becoming both a piece of art and a trademark of some places. 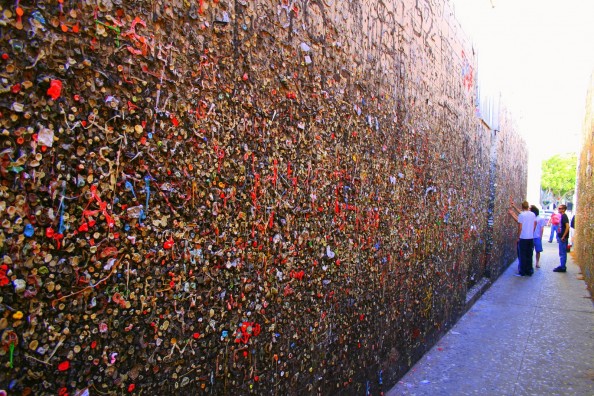 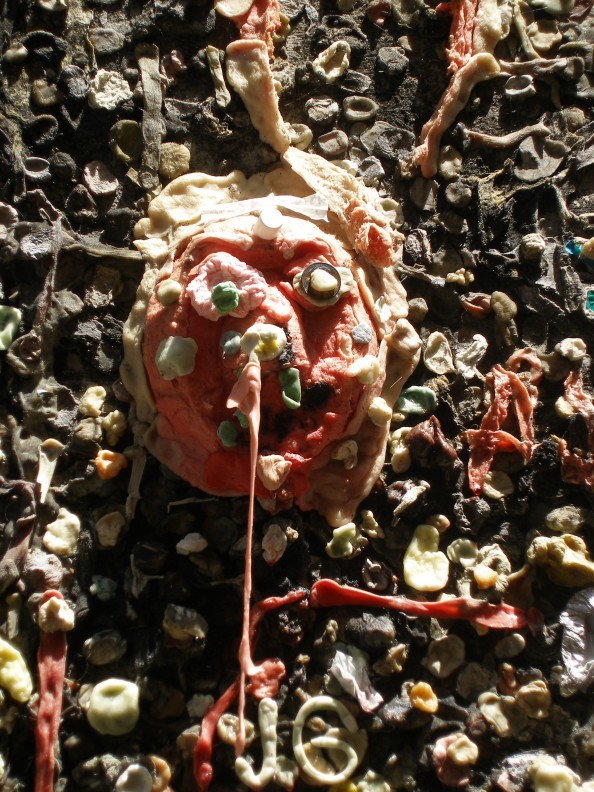 Take for instance Garden Alley, in San Luis Obispo, known for the Bubblegum Alley. Started in the 1960s by some students, the wall survived two major cleanings until authorities realised that the place has gained a personality of its own. Since then, the covered area has extended 14 m high and 21 m long, exhibiting a various range of chewing gum brands of all colours and shapes. The design went more and more complicated as years passed by and the number of visitors increased, and the wall became an enjoyable attraction as well as some strange form of art. One can find various objects, papers, portraits or names written in a creative way all over the place.

The Gum Wall in Seattle 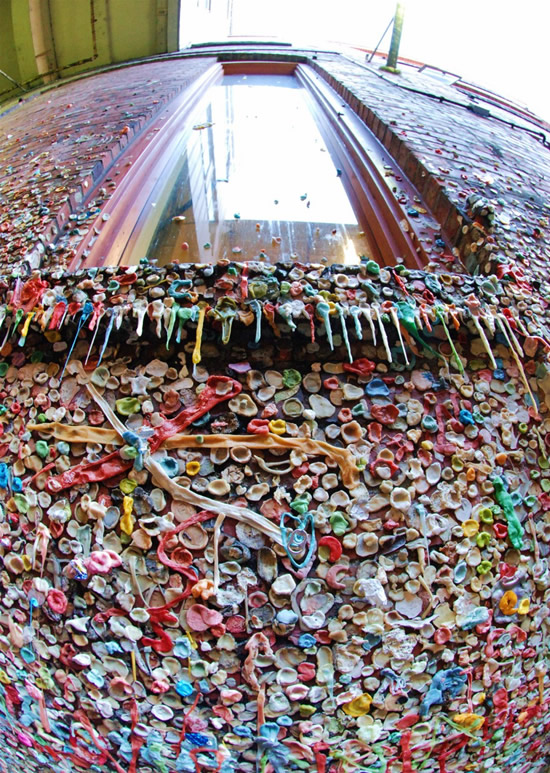 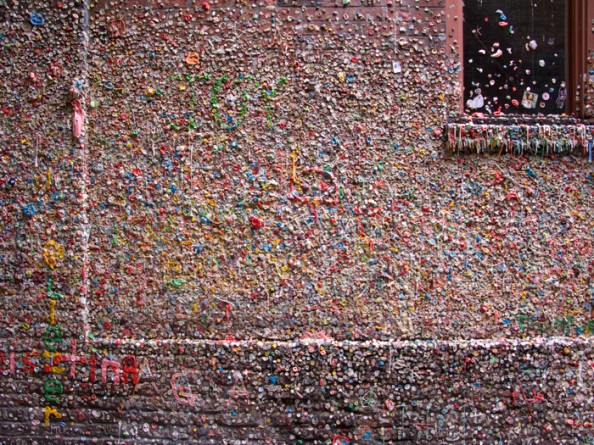 One of the trademarks in Seattle, the wall was born when annoyed people waiting in line at the Market Theatre in Post Alley started to stick chewing gum on the wall nearby. In the beginning, the tradition was to stick coins into the chewing gum, but this habit was lost in time. This human creation also survived bravely the attempt of cleaning, being declared in 1999 a certified tourist attraction of Seattle when its similarity to the Bubblegum Wall was ackowledged. The short time in which the place gained its popularity is remarkable: in 2009 it was named the world’s second germiest tourist attraction, in a top made by Trip Advisor. 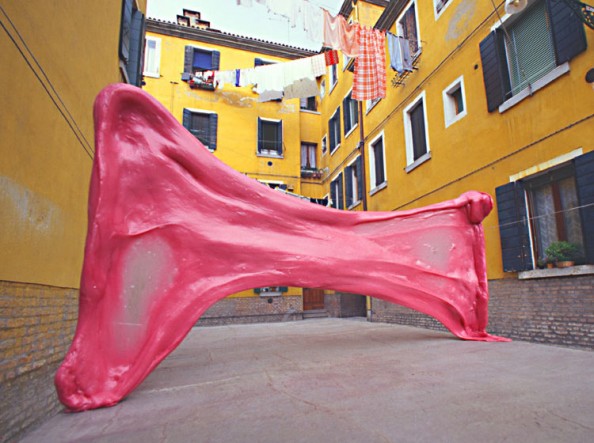 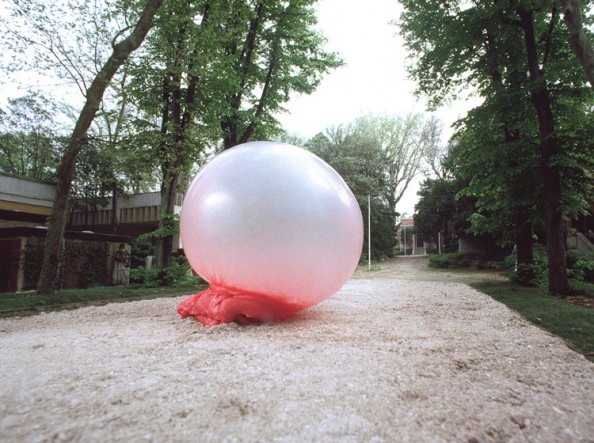 While others are sticking their chewing gums on walls in their attempt to contribute to the famous Gum Walls, artist Simone Decker is Chewing in Venice. The Frankfurt based artist has created these giant, stretched, chewing gum-like sculptures that enchant the eye of Venice tourists. Sculptures range from classic bubbles to unusual shapes, in a wide range of rainbow colours. The creations would match perfectly aside the famous gum walls.

Next time think twice before attempting to throw your chewing gum. You might want to leave your signature in these places!