Top 10 Moronic Predictions From the Past

Man’s predicting abilities might work sometimes, but as far as science is concerned, speculating on the matter always leads to long term epic failure. The inability to comprehend future technologies and habits of humankind is quite common, but still, the dazing adventurer will always seek to give precise details on how the future items and accessories of the highly-evolved society will be. So here you are, future man, a top 10 of facepalm-provoking predictions that never came true: 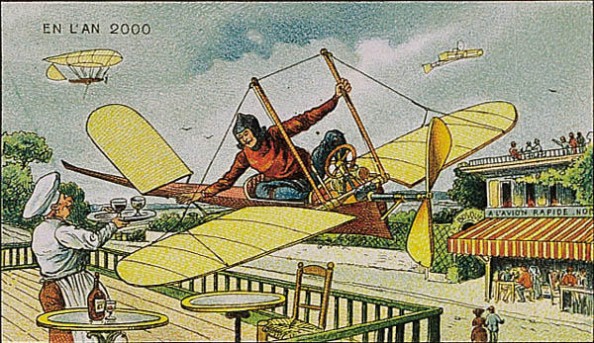 Yeah, as if the drive in wasn’t fast-food enough, the ancient man had dreams of just dropping by with his propeller  running, ordering a sandwich on a plate or why not, a glass of wine, dropping the handle for a short while and then going back up in the air, enjoying those fine unspillable wines. Smart move, frenchies! 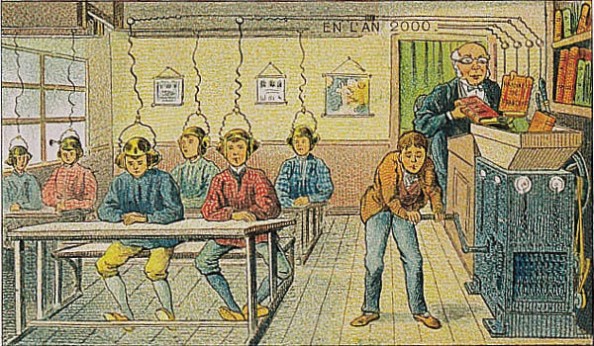 Now doesn’t this look like a sacrificing ritual for the sake of knowledge? Sure, books are replaceable and multipliable items, but still, GRINDING? Those agricultural reflexes must’ve gotten the best of our Nostradamus over here, cause I’m also seeing a lever there and what do you know, also a guy that specifically has the role of spinning it around, thus limiting the teacher’s role solely to a book-thrower in the grinder. No need for the fancy mutton chops anymore, monsieur, a Napoleon Dynamite’s Pedro mustache will already do the trick. 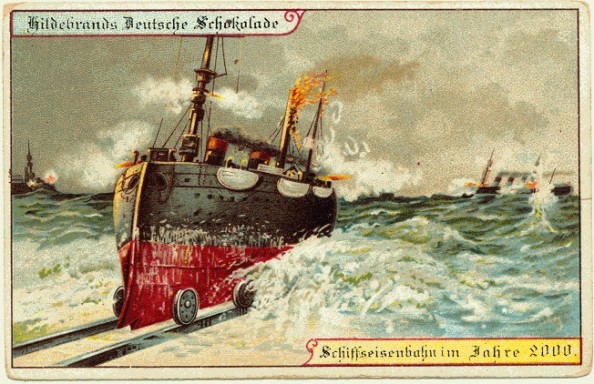 Now that would be totally uncool towards Moses, man. Just add some water-walking jet ski and there you have it, even the Lord Jesus Christ’s past miracles would become average day happenings, rendering him and all the biblical miracle-makers useless. Totally uncool! We can’t just go on making wine out of water or curing leprosy… Oh wai- 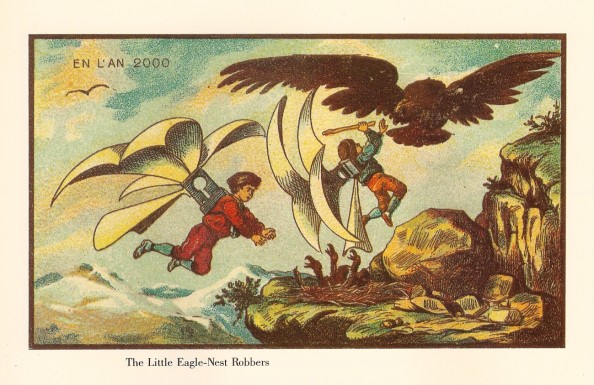 Well everyone knows that Baby Vulture Urine is da sweetest urine, it’s just weird that this sort of hijack hasn’t yet become popular amongst humans. Possibly just a matter of time until it happens, to be honest, so I might actually be wrong putting this on the list.

5. Everyone having Dick Dastardly’s taste in cars 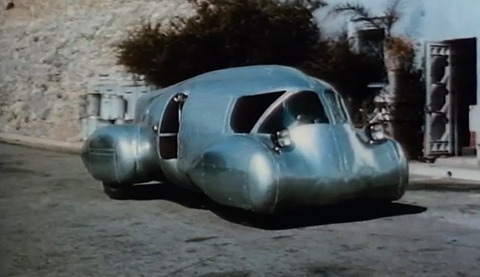 That fine Wacky Races kind of touch in a car’s design just never happened. Or it did to some extent, in the 70’s, but after that, Dick’s taste just got doomed to be outdated. Drat! Double drat!

6. Reducing the frigid woman’s role in society to that of a fridge-guard 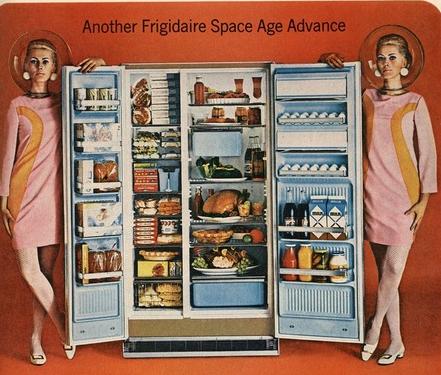 You don’t like sex? Well then no more cooking either, no more dishwashing, no more nothing. That fridge has a shitload of good stuff in it and someone’s gotta guard it. And it ain’t gonna be me, so get on it, frigid woman! Oh, and get your twin sister too, she might be handy on the right side.

7. Broadway starting to hire horses instead of actors to reduce salaries cost 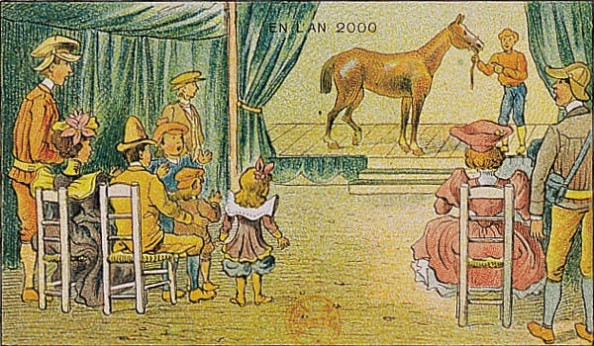 After human actors started demanding higher and higher contracts for vile performances and since horses were taking acting classes anyway, there was no other reasonable option: horses took over! The four legged critters are now the new Antony Hopkins’. Soon in cinemas too!

Never seen one of those and never will. What a stupid idea! Poor medieval man, didn’t even get this one right, as close as he was to the actual normal vertical phone, widely used in our times.

Well this almost happened at lemonparty.org, we all know that already. And it’s even better in black & white. 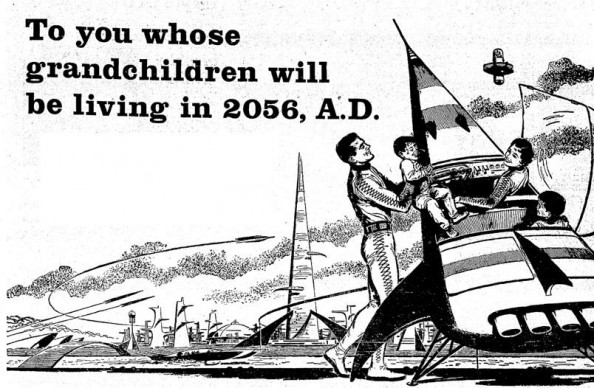 Didn’t use a condom and after some years you still regret it? Say no more. Abortion Rocket now sends your kids on a safe trip to outer space, where you will never hear from them again. If you buy the Premium Pack, it also includes sending your gullible wife and there you go, you’re ready to start off a new life and live up to that fantastic year 2056!

Surely some of you have already thought of proving me wrong, showing the world that these predictions have in fact become true. So drive on in your Dickmobiles to the nearest vulture nest, fill those buckets with sweet baby vulture urine, land in the nearest Fly-In asking for some cinnamon to go with that pee and at the end of the day send your wife and kids to outer space. Just like the medieval man would’ve done had he lived in the future.

Tweets that mention Top 10 Moronic Predictions From the Past | Mole Empire -- Topsy.com

Top 10 Moronic Predictions From the Past | Șmen.ro

Top 10 Moronic Predictions From The Past | UniqueDaily.com

[…] give precise details on how the future items and accessories of the highly-evolved society will be. So here you are, future man, a top 10 of facepalm-provoking predictions that never came true.” w/ […]

[…] Astley’s “Never Gonna Give You Up” is known to be the epitome of trolling, the fisherman’s bait to a troll’s pouch, but like all memes, after a while it just […]

These aren’t predictions from scientists, they are from science fiction. Science is what allows you now to read this.

Nina and Tassie, if you don’t get it, I might add that the concept is similar to that of the “misheard lyrics” phenomenon. Cheers!