Shirley You Can’t Be Serious!

Leslie Nielsen, possibly the only funny slapstick comedian to ever live, is said to have died yesterday of complications from pneumonia. He was 84 years old and he died in his sleep. But this, of course, is false. 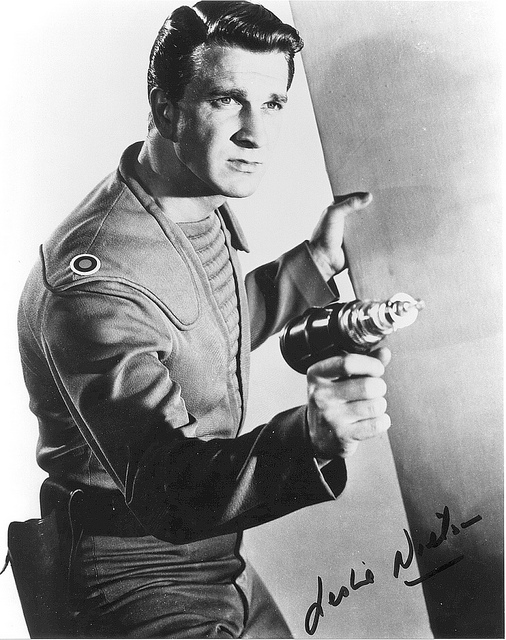 As always, when such a lively person dies, one can’t abstain but ask himself if it’s true or just some sort of a bad joke, as he got us used to. Well, in fact it’s neither. Yes, he was 84 years old, much older than the youngest-ever nearby black hole to be revealed by NASA just a few weeks ago. Yes, he’s been gray-haired for dozens of years already and yes, in spite of what you may think right now, he IS an extra-terrestrial. Not to even mention his kind of humour, I mean, just check out the look in his eyes and tell me he’s a human being:

Shirley you can’t be that naive! Leslie Nielsen isn’t dead, he just went back to his home planet to inspect a double killing. This is easy to conclude after one of the messages he left us, humans, in one of his movies.

“My name is Sergeant Frank Drebin, Detective-Lieutenant, Police Squad, a special detail of the police department. There’d been a recent wave of gorgeous fashion models found naked and unconscious in laundromats on the Other Side. Unfortunately, I was assigned to investigate holdups of neighborhood credit unions. I was across town doing my laundry when I heard the call on the double killing. It took me twenty minutes to get there. My boss was already on the scene.”

And no, his real name wasn’t Leslie Nielsen, as you wrongfully ascertained and took as his true identity. His name was Frank Drebin.