Psychic Or Deception Expert: The Mentalist Vs Lie To Me. Which One Is The Best? 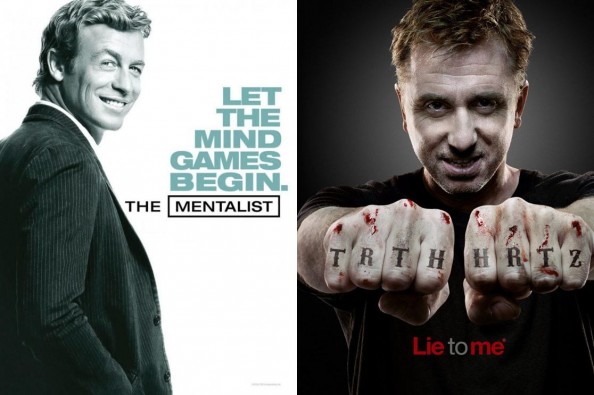 I’ve never fancied the idea of crime – police – thriller TV shows. Maybe it’s because the conventional methods of crime solving presented in movies have become more of a cliche – we’ve seen them all, or maybe the police/detectives/FBI involvement isn’t so spectacular and mind-blowing or maybe because seeing bloody crimes scares the hell out of me. Anyway, the good news is that those classical murder-solving TV Shows are over: it’s time for psychological crime series, where the mystery combines with human insight, intuition and assumptions to reach for the truth. You don’t have to work in the police to solve a case, you might just be the world deception expert or a psychic consultant: Yes, it’s the series Lie to Me and The Mentalist that I’m talking about.

The idea: Psychic vs Deception Expert

The two shows have one thing in common: they both rely on two main characters who use their ability of observation in order to find out the truth or solve a crime. Although they solve crimes and catch criminals, the two characters are not associated with the police: Patrick Jane is a consultant for the California Bureau of Investigation (CBI) – say what? and helps the team of agent Teresa Lisbon with his unconventional methods, which often involve breaking the law. In Lie to Me, Doctor Cal Lightman, the world’s deception expert runs his own agency – the Lightman Group which specializes in finding out the truth, either if it’s a family case, a crime or a political case. 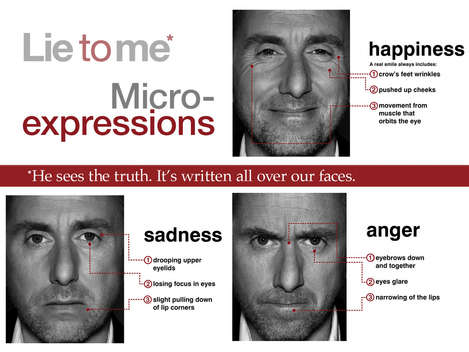 Doctor Cal Lightman is based on a real character, Paul Ekman, a psychologist and expert in facial expressions and body language, who’s also a consultant for the show. His remarks are sustained by plausible scientific arguments and examples of personalities from politics, the music and movie industry. On the other side, the witty Patrick Jane is just a psychic who quit the scam that he can talk with people from “the other side” and just focuses on helping the CBI with their cases, most of the times his methods being against the law, which makes his presence wanted but also unwanted in the same time. Both Lightman and Jane are unpleasant persons: let’s face it, who wants to hear the truth, and get beaten with mental tricks?

The cases: Human Nature vs Crime 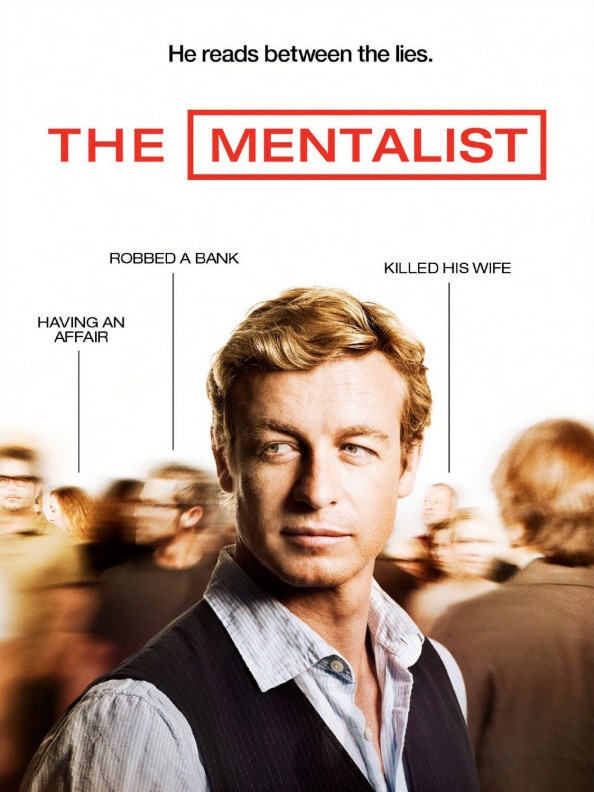 On Samuel Brown’s Lie to me, Cal puts his assistance at the help of State institutions but also at political conflicts, family problems and cases of the Police. It’s interesting how his personal life and past is revealed through the cases that he solves, and also how his personal life interacts with his cases. We find out that the cynic Cal Lightman is divorced, sometimes still has sex with his ex-wife ( while other times he competes with her in Federal Court), and applies “face reading” in his personal life as well, which makes it more and more difficult.

On the other hand, Bruno Heller’s character gets involved strictly in police cases, but also makes one case a personal case: Jane (a girlish name, isn’t it?) wants desperately to catch Red John, a serial killer who murdered his wife and daughter with cold blood. Both dramas have great cases, in which suspense and mistery mix perfectly, but I find that Lie to me cases are more interesting to watch from the human behaviour point of view, while The Mentalist focuses mainly on unexpected turns, and crazy assumptions. I mean watching goldy locks putting questions and leaving people speechless while suggesting possibilities is great. 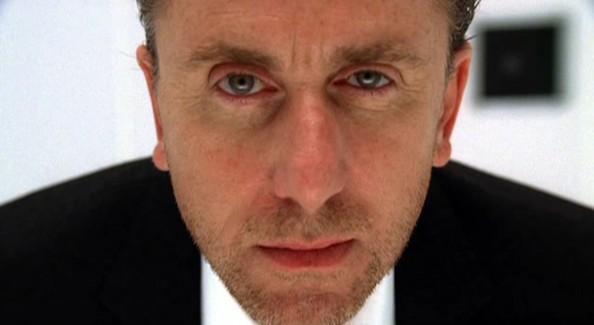 You know those moments when Lightman becomes pushy and aggressive, leaning his head in one side and asking direct questions until his victims finally yield and tell the truth? I just love those moments, and not because Tim Roth‘s performace is brilliant, but because he actually gives real scientific proof for his remarks while supporting them with the help of facial expression of famous people having the same expression as the victim. That’s how Lightman operates: even the slightest move tells him something about a person. The Mentalist relies strictly on Jane’s assumptions, which undoubtedly, are logical and demonstrate his eye for detail (you see, these two both have an eye for detail), but also a way of sneaking too directly into people’s lives.

Interactions with other characters: Secondary stories and Attractions 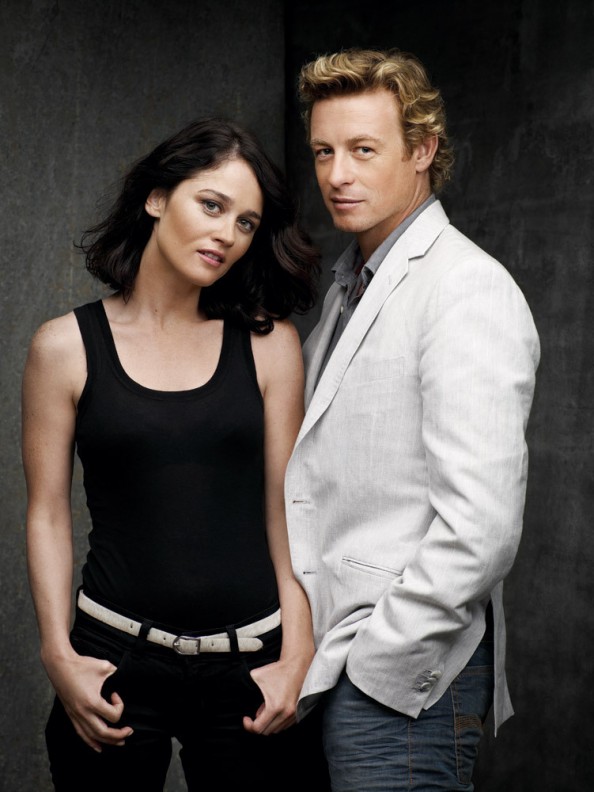 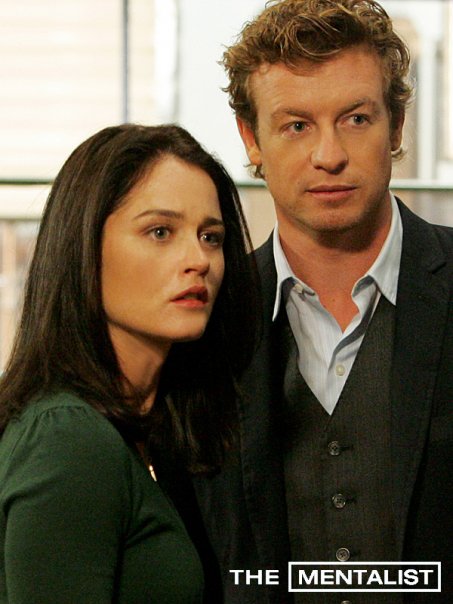 However, these two aren’t alone when solving their cases: it would be a disaster with their way of dealing with things, don’t you think? CBS exposes a great exchange of ideas in the relation between Teresa Lisbon (Robin Tunney) and Patrick Jane. The two exhibit a perfect love – have relation, cynic and cold Teresa, the Senior Agent, oscillates between firing Jane for his lack of responsability and huge risk that he always takes and praising him for bringing the truth at the surface. The other main characters: Cho, Rigsby and Van Pelt admire Jane for his recklesness but formerly agree to sticking to the rules, and often have trouble with choosing who to listen to: the boss or the crazy psychic? So Patrick is sometimes their mentor, sometimes their boss, but most of the times their friend.

Cal’s wild side is tempered by calm Gillian Foster (Kelli Williams), who most of the times is in controversy with Lightman, but in the end is the person understanding his faults and qualities better than anyone else. So like Jane needs Teresa, Lightman needs Foster. The ying for the yang, two powerful personalities that need some to balance. On a secondary plan in Lie to me we assist at the story of Eli Loker (Brendan Hines) and Ria Torres (Monica Raymund), the researcher and the “natural” of the TV show, who most of the times make a team in solving a problem but also confront their ideas beneath which lies the attraction between them. 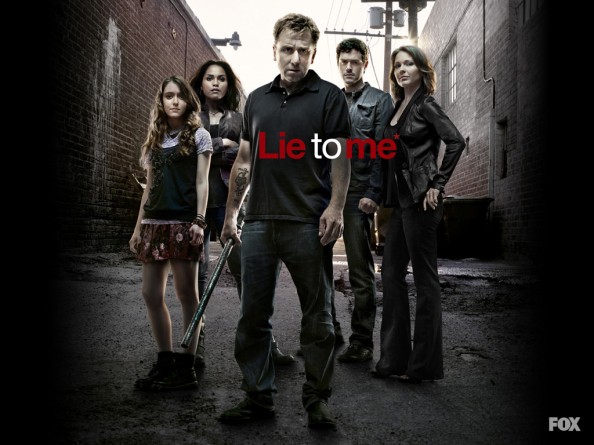 I must confess that seeing Lie to me in the first place (although The Mentalist was first), I wasn’t so enthusiastic about The Mentalist. Lie to me started with a greater impact, and captured my attention from the beginning, but after a few episodes of The Mentalist I started to like the mind tricks of Patrick Jane. Not being a fan of crime solving in the first place, it’s understandable. I incline to the study of human nature and behaviour that Lie to me gives.

The two shows are both in their third season and the similarities between them have been a matter of debate a long time ago: actors from Lie to me called The Mentalist a scam, while pointing out that their show is based on real science. Do you agree? Who inspired who? Do you prefer the mind tricks of a psychic or the signs of discovering a lie? Which one seems more believable?

Crime Drama Lie to Me The Mentalist TV Shows
Tweet

Tweets that mention The Mentalist Vs Lie To Me | Mole Empire -- Topsy.com

[…] This post was mentioned on Twitter by Alex Albu, Andrei Mărin. Andrei Mărin said: My vote goes to "Lie to me" – The Mentalist Vs Lie To Me. Which One Is The Best? http://t.co/qk6okfI via @molempire […]

[…] Psychic readings are not fortune telling exercises. A psychic cannot tell you the winning lottery numbers or quick strategies for amassing personal wealth. They cannot bring people back from the dead or guarantee that you will find true love. Their aim is to help you confront the reasons for a monetary emotional loss and help point you in the direction of your true path. You have to work with the psychic in order to get the results that you need, and not expect them to make results appear. It’s very important to approach the session with an open mind and a sense of playful curiosity. Remember that you may not always receive good news or information about the specific part of your life that you were hoping to discuss. The psychic cannot control the flow of information that they receive. You should take responsibility for the problems within your own life and allow your chosen reader to open new doors of possibility for you. […]

What about Pysch? It has been around 2 years longer than either of those shows. Also (supposedly) was shopped to CBS, who didn’t like it, then came out with The Mentalist.

Didn’t know about Psych, but from what I see the idea is basically the same as in the Mentalist. Not cool of CBS. If you’ve watched it, how would you rate it comparatively to the two shows? On IMDB it has a pretty high score. 🙂

I watched all three, and for me Psych is the best because it’s too damn funny. I no longer watch Lie to me, got bored, and the spark I have going on with Patrick is starting to fade :))

Glad to hear that. We’ll give it a chance!

The mentalist pwns lie to me, I just love when patrick smiles 😀