Californication Is Back With Season 4 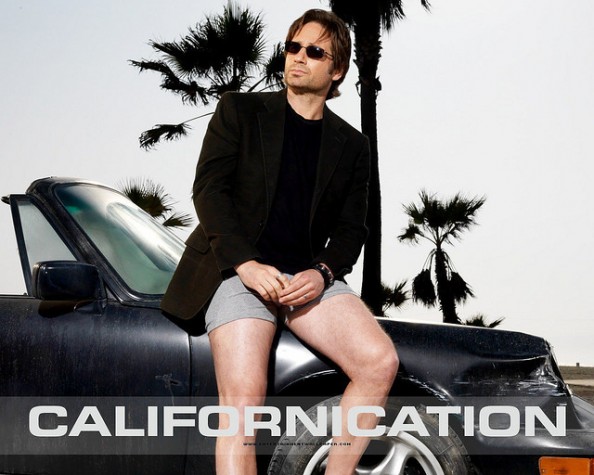 Hank Moody, the famous writer, and women-dependent bad guy is back on the screens with Californication Season 4 and he’s more against the world and in deepest trouble than ever.

The finale of season 3 has left Hank in a deep and serious problem with fans wondering if he’s going to get out of this one. With the truth about Fucking and Punching being found out, Hank is rejected by his family and arrested for assaulting Mia’s boyfriend.

Season 4 opens with Moody being bailed by his old friend Charlie while he is amazed by the popularity that he gained over night. His past contributes even more to his fame, so all of a sudden he becomes a star and his book is about to be put on the big screens.

The first two episodes reveal Hank who is trying to come at peace with his daughter and ex-girlfriend Karen. On other plans Hank is dealing with the newly acquired status of star but also struggling to resolve his matters with the justice. His lawyer manages to drop the assault charges but he is accused of statutory rape.

Even in his bad condition, Hank doesn’t fail to charm the ladies. Sasha Bigham, the famous movie star who is going to play Mia in the movie F*cking and Punching finishes by sleeping with him and it seems like their adventure has just started. His lady lawyer, Abby, doesn’t seem to be far either, so don’t be surprised if those two will get together at some point.

What do you expect will happen next? How will Hank cope with his mess? Will he reconciliate with his daughter? Will he write the script for the future movie? Can’t wait to read your anticipations for this season.

Until then, if you still haven’t seen the first two episodes yet, don’t forget: the premiere is Sunday, January 9th at 9 PM ET/PT.

Tweets that mention Californication Is Back With Season 4 | Mole Empire -- Topsy.com

[…] This post was mentioned on Twitter by Petre Dobrescu and Alex Albu. Alex Albu said: Californication Is Back With Season 4 http://t.co/kqsQ2YP via @molempire #californication […]