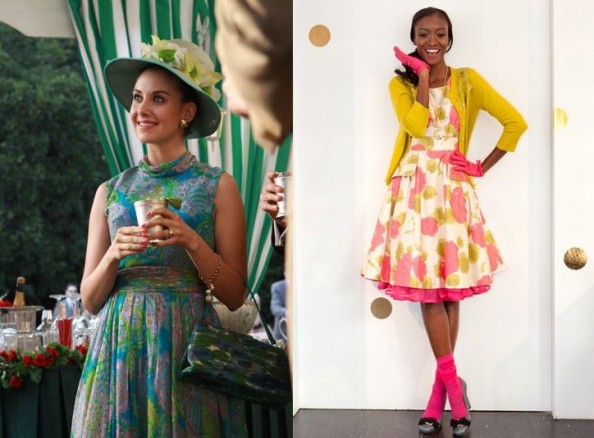 When NY Fashion Week was starting, on February 10th, we were curious whether the 1960 drama Mad Men will leave its mark on the collections of autumn/winter 2011. The fact that the show has been influencing fashion for the past 4 year is no secret to anyone, nor the fact that it has some gorgeous outfits.

Now that Fashion Week is over, it’s time to prove the Mad Men Effect in this fall with concrete examples. Although the show wasn’t cited as a source of inspiration, some collections were all about the style of the Sixties and Seventies. Let’s see which designers have adopted the glamour of those decades. 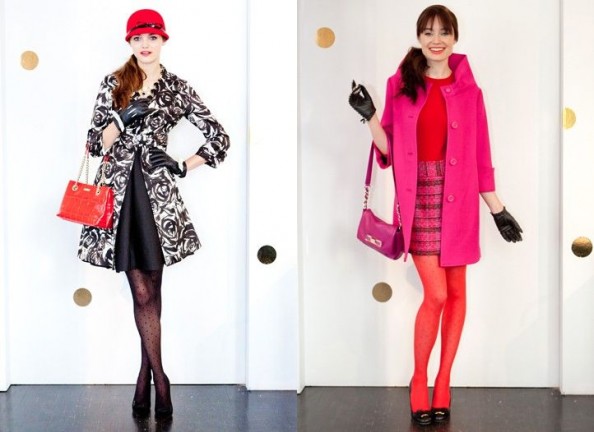 It looks like Kate Spade’s Ready to Wear 2011 is all about the style from the 1960s New York. The lenght of the skirts has been shortened a little bit and the colours have been made more powerful than those worn in that era.

This adds a playful look to the collections, completed also by the lovely accessories: leather gloves with animal print, a bag imitating a piano, leather boots. Very chic and wearable. 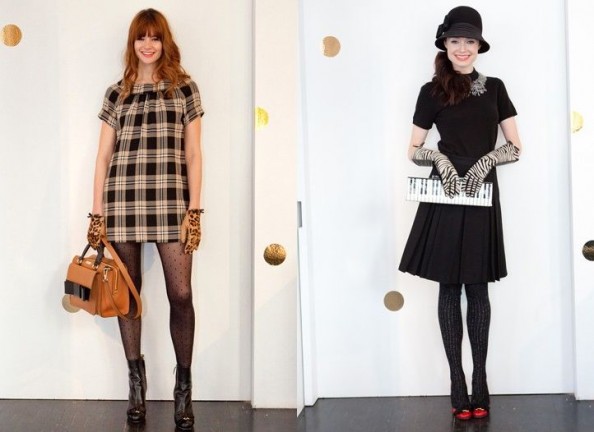 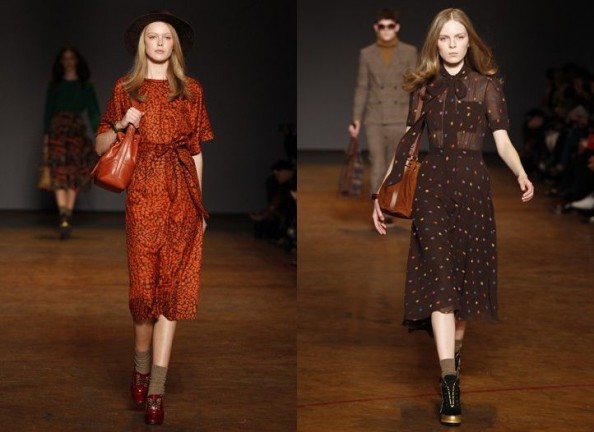 Marc by Marc Jacobs is all about the Seventies. With a little glamour added to the picture, a little bit of kitsch and disco, he managed to create the looks of the working girl of the 70s. We like the variety of bags presented and also the wedge shearling booties and the clutched shaped like books. The predominant colours include cinnamon brown and orange.

The Mad Men Woman wouldn’t go for something so excentric, adopting a more business outfit. Marc collection includes some gold leather skirt and trousers, but those two dresses are more fitted to the typical housewife, Betty. 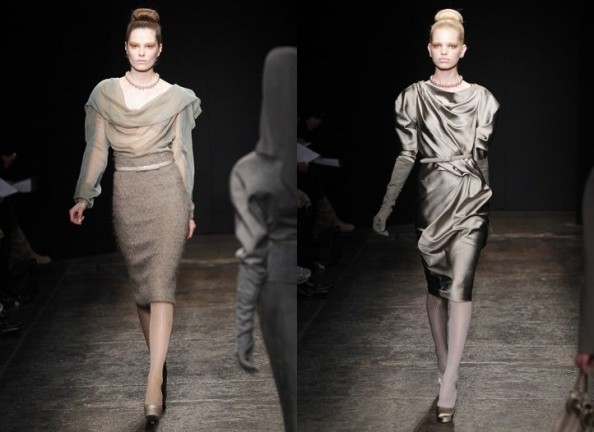 Donna Karan’s collection isn’t about the 60s nor the 70s, but I found those outfits matching to both the urban and the casual outfits from Mad Men. It mostly reminds me of Joan Holloway‘s style, but not with all the curves of course. Couldn’t help to remark the long gloves, a must have element for the women of Mad Men whenever leaving the house.

These outfits from TSE and Trias fit so well the classic look Peggy Olson had in the beginning of the show, the naive secretary just taking her first real job in Madison Avenue. Peggy’s style has evolved in a more elegant way since, but the way those dresses emphasize the body of a girl reminded me of the first days of the junior copywriter’s work at Sterling Cooper. 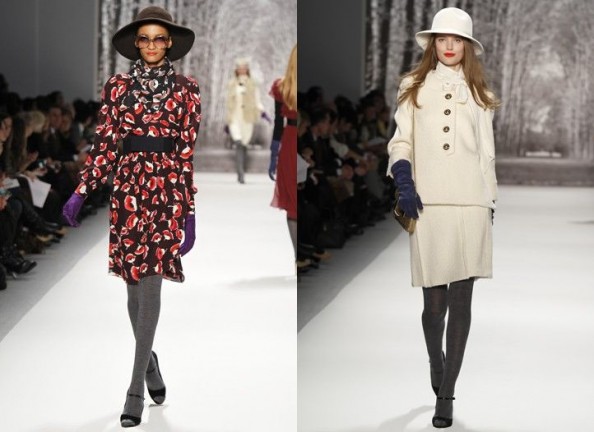 The Michelle Smith look is somehow Seventies-inspired, with floral high waist and jacquard dresses. The cozy skirt goes perfectly with the wool jacket and reminds me of Rachel Menken, which wore something similar in an episode from Season 1, only in yellow colours.

Anyway, these are just some of the collections that caught our attention, but I bet there’s a lot more which resemble the looks of the show. Which one have you put your eye on?

[…] This post was mentioned on Twitter by Mad Men Tweets and Andrei Mărin, molempire.com. molempire.com said: The @MadMen_AMC Effect on #NY #FashionWeek. It seems like the @MadMen_Style never dies: http://bit.ly/fgwxHu […]

[…] agency on Madison Avenue. Since its release in 2007, the show has won a passionate fan base, has influenced fashion, and has wowed us with some really good […]

[…] all the advertising, drinks and Don Draper, the 1960s drama Mad Men features a set of gorgeous outfits, which underline so well the spirit of the time, the habits from the corporate world, and complete […]

[…] New York to Los Angeles, Paris to Milan, Toronto and Florence, ‘God Save My Shoes’ includes […]