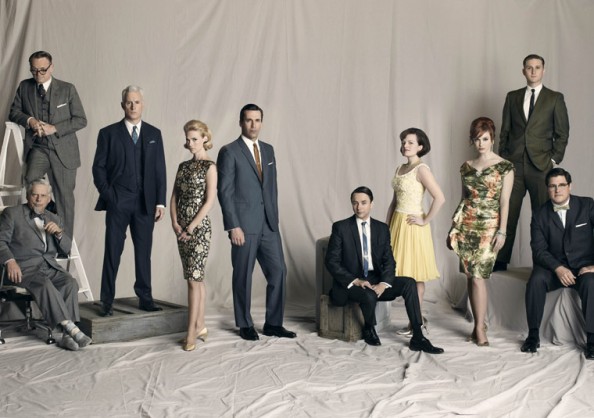 Since the finale of season 4 in October 2010, TV show Mad Men has left fans wondering whether they’ll be seeing brilliant Don Draper again. The announcement of the fifth season, due in July 2011, was postponed until March 2012 because of some negotiations between director Matthew Weiner, network AMC and producer Lionsgate TV.

It seems like money issues can postpone even successful shows like Mad Men and cause long lasting negotiations. As another reason for delaying the release of the show, AMC stated it wants to give more publicity to 4 new series in 2011, including The Walking Dead, The Killing and Breaking Bad.

The good news is not only that producer Matt Weiner has renewed a long lasting contract for two more seasons, but also for a possible season 7.

However, there are some conditions imposed by the producers for the next seasons: more accent will be put on product placement, 2 minutes will be taken from each episode for more commercials, and 2 members will be cut from the regular cast.

Mad Men is a drama based in the 1960s which focuses on the men and woman working in an advertising agency on Madison Avenue. Since its release in 2007, the show has won a passionate fan base, has influenced fashion, and has wowed us with some really good ads.

Mad Men fans out there, how do you feel about not spending the summer Sundays in the company of the lovely characters from Madison Avenue? Imagine not being under the brilliance and creativity of Don Draper for about an year. There’s only one thing left to do: rewatch last season, to get our memory refreshed for 2012. Other ideas, thoughts or disappointments you’d like to share?

[…] leads the race for the Critics Choice Television Awards with no less than six nomination. And also, good news for Mad Men fans – the show got five nominations, one for every Drama Series category. […]

[…] will hit stores on August 11, when season 5 of Mad Men was initially scheduled to air, but unfortunately Mad Men will be back only in 2012. Until then, […]

[…] acclaimed drama Mad Men won’t be back with its fifth season until March 2012; however creator Matthew Weiner has already revealed how he envisions the grand […]