Really Bent Objects Or The Other Side Of Terry Border 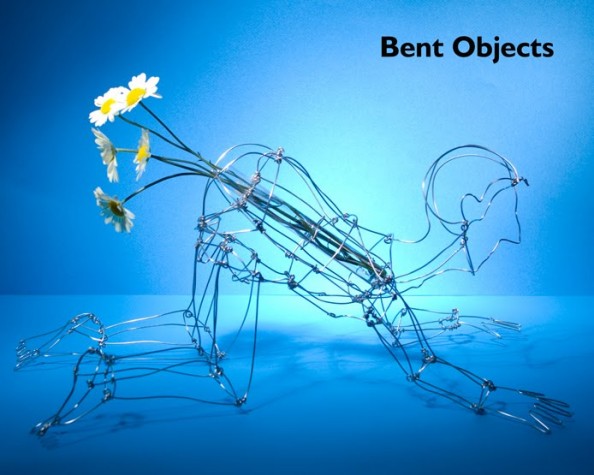 Considering the success of Terry Border‘s humorous art of Bent Objects, I’ve decided it deserves further attention. This post is dedicated to a project that didn’t receive so much attention as Bent Objects, project entitled Really Bent.

For those who haven’t heard yet, Terry Border is a Greenwood based artist, who makes a living of a really eccentric and bizarre art: he photographs everyday objects in unusual scenarios.

Really Bent is the “the more graphic, black sheep cousin of Bent Objects”, in other words, more scandalous scenarios, which were kept away from the original blog not to scare less open-minded visitors. Too bad the blog wasn’t updated for some time, or maybe the artist started publishing everything on the original blog.

Regular visitors of the artist’s blog had the chance to find out that some masterpieces are left behind intentionally by the artist. What happens to them? Not even Terry Border knows. I’m curious however who would adopt those Really Bent Objects, supposing they were left behind by mistake.

I really admire the fact that the artist has the courage to put his name on these creations and really enjoys doing it. It’s what makes him and his work so original.

Anyway, the stories behind the pictures are so hilarious, it’s a pity not sharing them with you. Enjoy and amuse yourself! Which one really cracks you up? 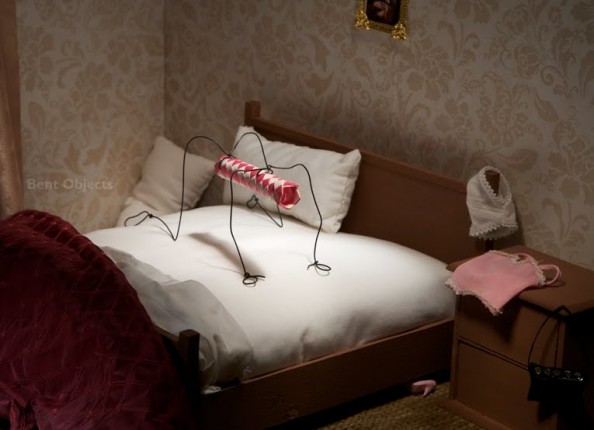 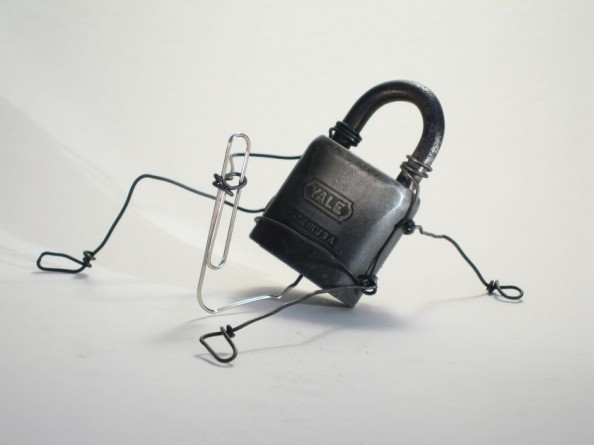 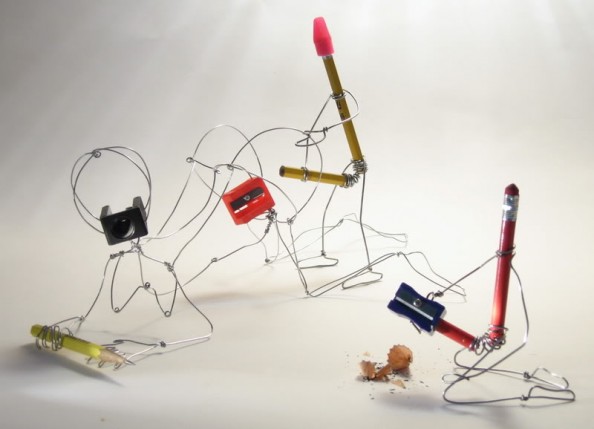 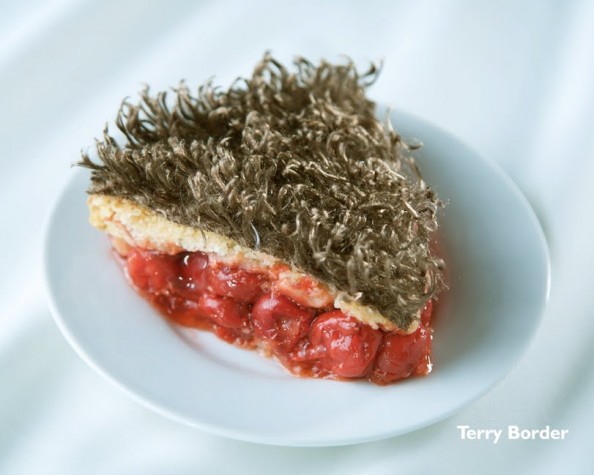 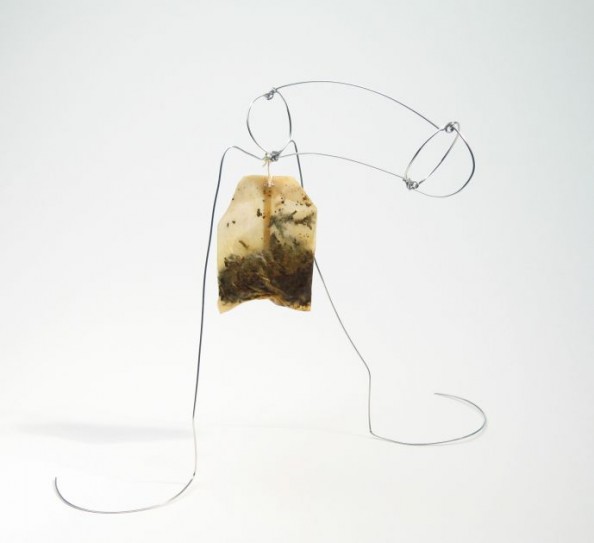 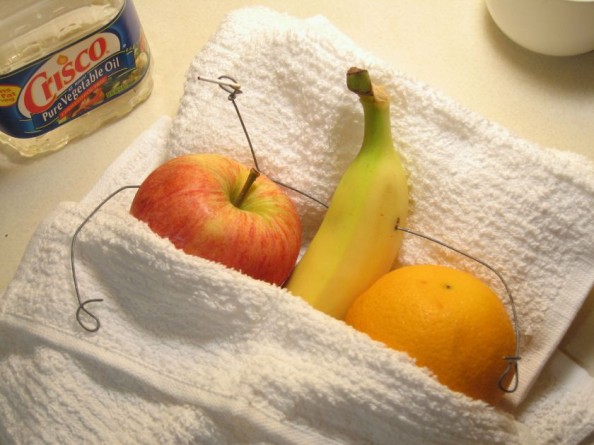 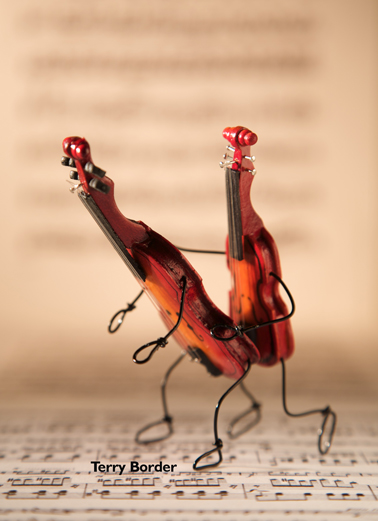 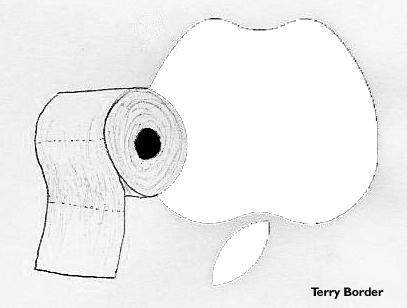 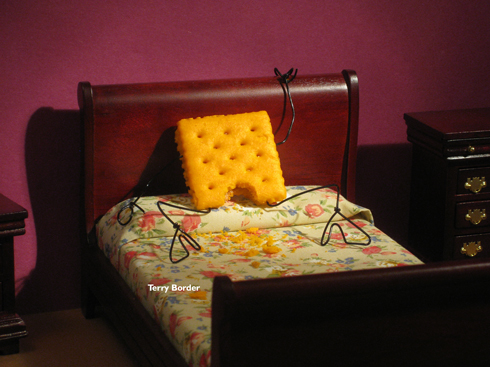 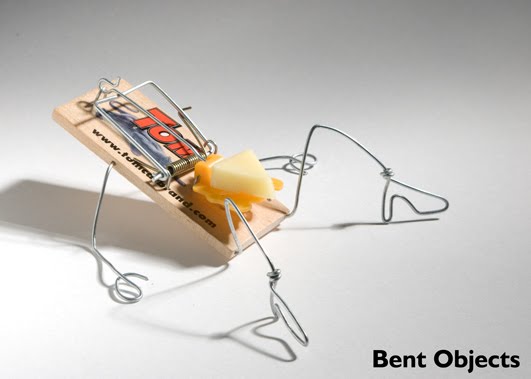 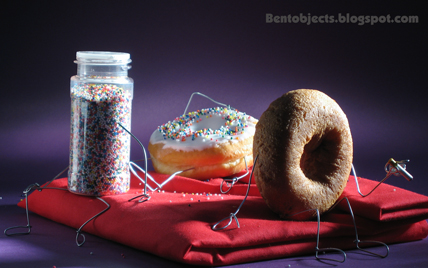 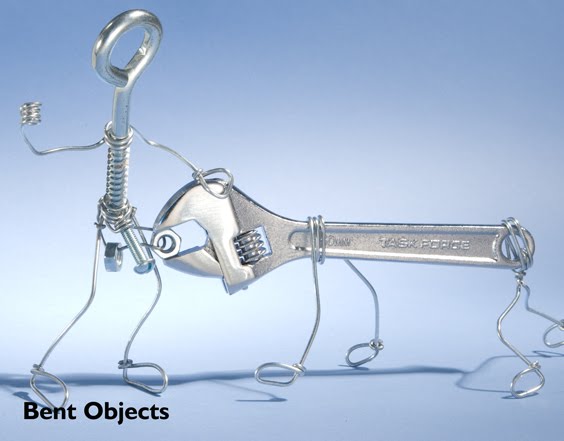 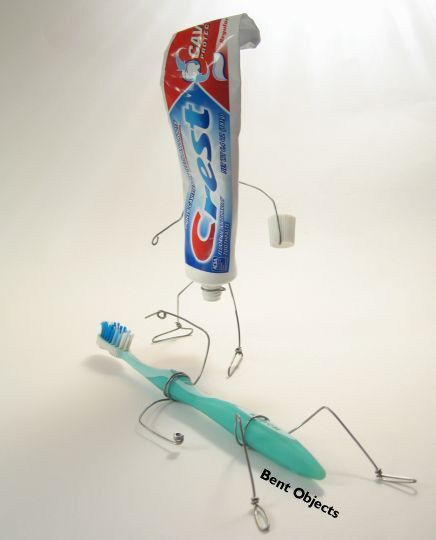 […] employer’s attention on the web, in a creative way, especially if you’re working in a creative industry, like advertising, design or […]

[…] Terry Border takes normal objects, provides them with wired hands and feet and turns them into characters of hilarious scenarios. The objects rang from usual things used in the kitchen or in the bathroom, to fruits and vegetables, but I think that his masterpieces are the ones with food coming alive. Irony, humor, sarcasm, and a message are the words which describe best Terry Border’s work. If you laughed or at least smiled at the following examples, or are just curious about his work, check out his blog. He also launched a book entitled simply Bent Objects: The Secret Life of Everyday Things. […]

[…] a student in the field of commercial photography, Marina considers herself an autodidact. With a passion for both drawing and photography, […]

[…] Terry Border and his hilarious Bent objects series? A talented photographer with an eye for sculpting as well, […]

This is what happens when creative people’s mind get dirty 🙂

I think his mind is always like this, he’s a natural! :))

Glad you liked it!