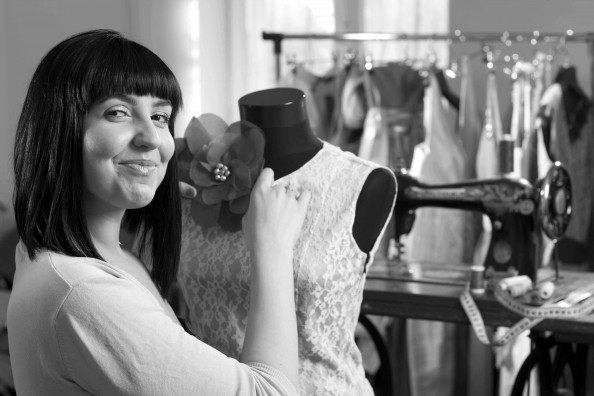 The world of fashion is twisted, yet amazing and unexpected. There are more than enough individuals who fool around with fabrics calling themselves fashion designers, but the question is how many succeed in making a point or turning their name into an appreciated fashion brand?

Truth be told, it’s really hard to develop your passion and ideas if you don’t have an investor that’s willing to support you from the beginning. Because one thing fashion is about: translating ideas, thoughts, obsessions, demons and moods into pieces of useful clothing to be worn by others.

From starting a clothing line to making a buzz in the world of fashion is a hard and long road, which unless you’re rich and famous, is filled with lots of sweat and tears. However and against all odds, Diana Bobar, a young Romanian Fashion Designer proved that it is indeed possible.

Diana Bobar wasn’t born a fashion designer. She climbed her way up because of her passion for fashion and through lots of work. At the young age of 24, she already has some important accomplishments and continues to expand the business represented through her name.

She is currently working in her own studio, launched 11 collections, organized fashion shows, sells her designs worldwide, is sought after by clients interested in original outfits, developed productive collaborations with accessories and shoes designers, has numerous public TV appearances and articles written about her and has recently extended her work into creating custom made wedding dresses.

In other words, she is building her own little empire by taking small but very confident steps. It all started in a fun and playfully creative way, with Diana creating clothes for herself, taking photos of her wearing different outfits and posting everything on her fashion blog. 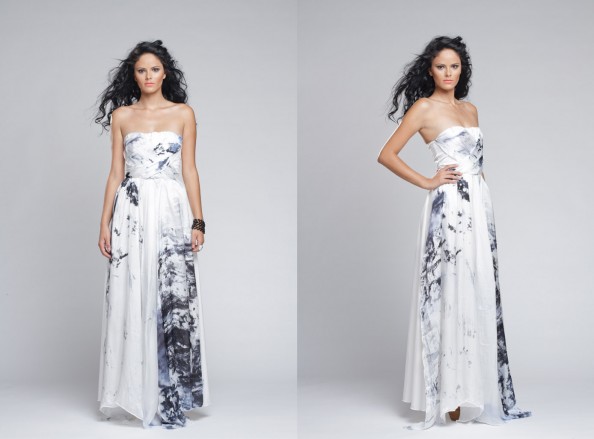 Diana studied painting at the Fine Arts University in Timisoara and developed a real interest in clothes and fashion. After her first year of studies, she decided to go to the U.S. through a student program, where she worked two jobs the whole summer so she could buy as many clothes as she wanted.

While searching for a style to suit her personality, she began making her own clothes out of her parents’ old shirts and dresses. Then she posted photos of those outfits on her blog and surprisingly enough she received a lot of positive feedback from people all over the world. From this point on, it wasn’t long before the first top was ordered from a client in the U.S.

The appreciation and orders that followed determined Diana to develop a first collection of dresses, in the beginning of 2008, with practically no resources but the pocket money received from her parents and a borrowed sewing machine from a friend. Reactions were again positive, and from there on things kept growing and growing.

Diana Bobar's first collection, with herself posing as the model.

A passion nurtured into a flourishing business

Every new dress sold, every new collaboration, was a step that took Diana closer to developing a real business. She bought the necessary equipment, employed help for the sewing part and was soon contacted by shops interested in distributing her work both in Romania and outside the country. Currently her creations can be found in Romanian stores like NewElle, Atelier Aiurea, Spot Gallery or stores like Social Royalty from Australia, FrouFrou’s from Holland and My Second Floor Boutique from Kuwait.

Accessories, shoes and photography are essential in a fashion designer’s work, so she started long lasting and fruitful collaborations with other artists such as Florina Erimescu – Josephine, Coca Zaboloteanu, Andi Popescu and Anca Buzea. Casting the right models is not an easy job either, however, working with amateur models proved to be a rewarding experience.

Not to mention that she has become a role model by inspiring others to pursue their dream. She continues to further invest all resources into her work and to concentrate her efforts into growing, both creatively and business-wise, as a fashion designer. The own store will surely follow at one point, but until then she keeps creating lovely outfits labeled with her name for satisfied clients who always come back for more and continues to amaze us. 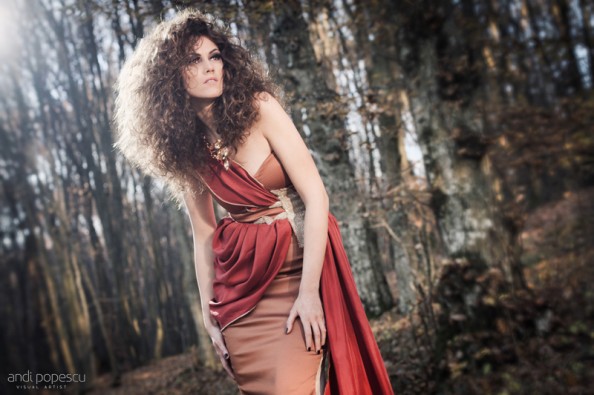 An optimistic vision and pragmatic point of view

Visiting Diana in her studio in Timisoara gave us the opportunity to discover a down-to-earth person with a realistic concept about fashion and an encouraging attitude towards those who start a business of their own, regardless the domain. The young designer realized how complex the job gets when working with clients and also expressed her thoughts on creativity and the efforts that get put into a fully finished clothing collection.

Designing clothing for clients has various aspects and involves lots of work: she is not only tailoring all the outfits, but she also plays the role of a personal stylist for her clients, offering suggestions and insights to help them make the best decisions regarding colors and fabrics. Her work is so appreciated that, for some clients, she actually custom makes most of their new clothing items.

Regarding fashion in general, the young artist shares a realistic, pragmatic and practical point of view. A piece of clothing must be comfortable, able to hide imperfections or flaws of the body; most of all it must be wearable. Diana creates clothes that she herself would wear in a heartbeat. Fashion is, according to her, one way through which a state, mood, feeling can be easily expressed in a very visual way.

Unlike designers who take their inspiration from fashion-decades, movies or stories, Diana sees a collection as the development and growth of her imagined character Francesca. At the beginning, the character had a lot of her own personality, but as time passed by and collections evolved, she started separating herself from the character in the collections, however never fully removing herself. She is quite aware that fashion is a superficial domain and while “selling illusions” to people, the most important struggle remains the one to reach the freedom of doing whatever she desires never minding the costs of production.

In the end, she keeps on proving that it is possible to accomplish your dream and to do what you’re passionate about, as long as you’re not afraid of taking some risks and experimenting with your own limits and creativity. Diana’s motivation and continuous desire for growth is very inspiring.

Do you think she is an example worth following? I certainly do. Enjoy some selections of her work and leave your thoughts in the comments. 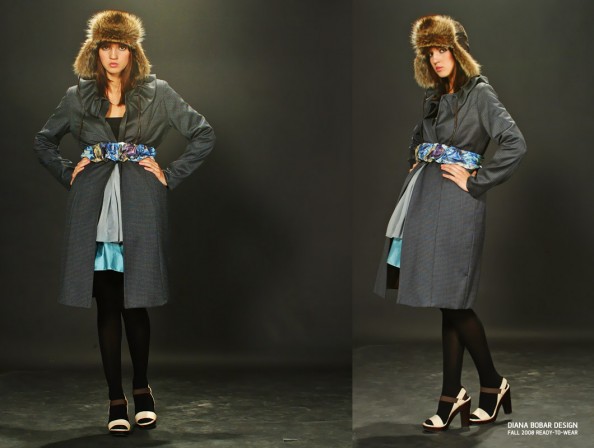 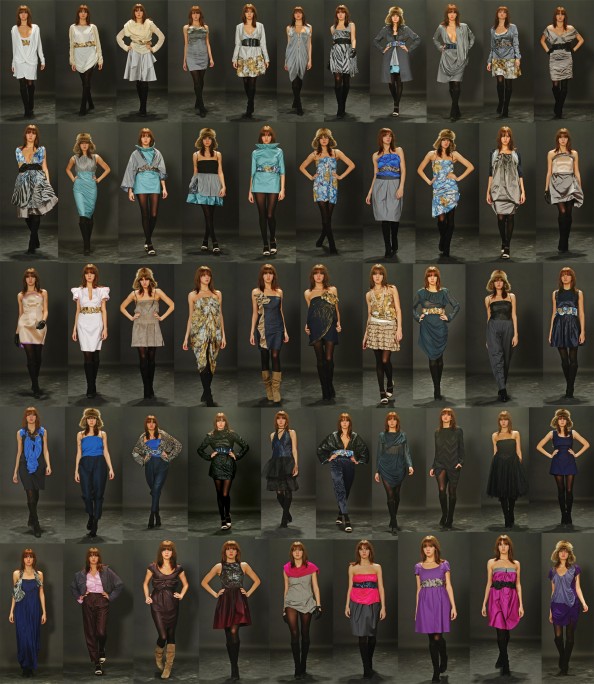 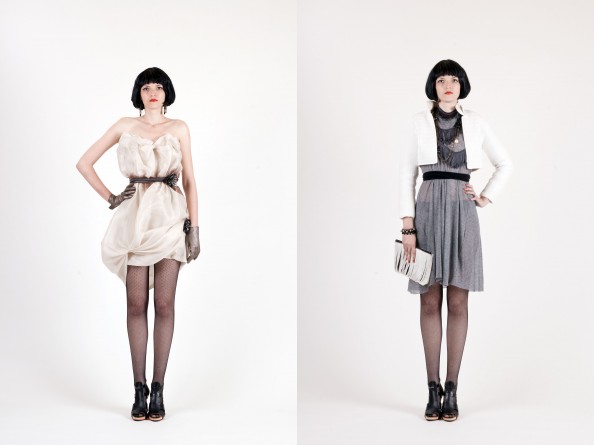 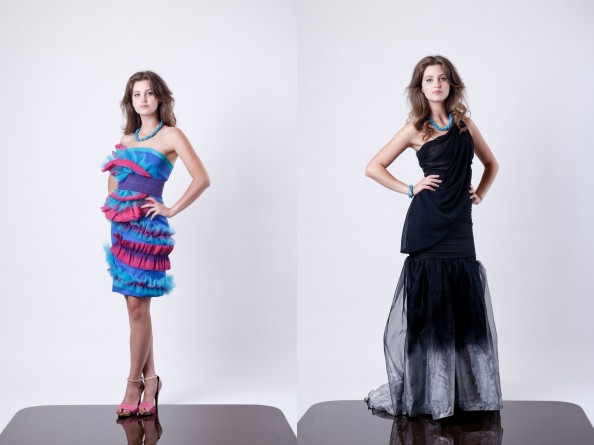 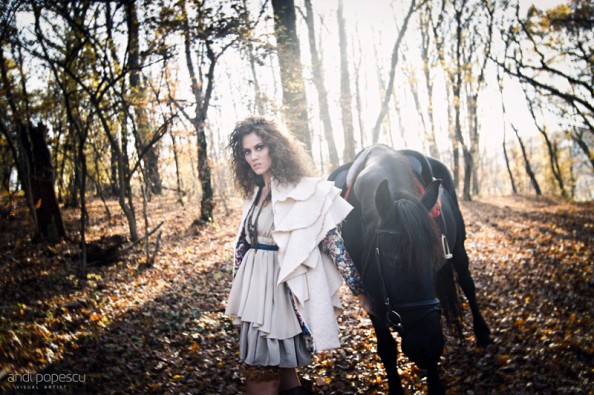 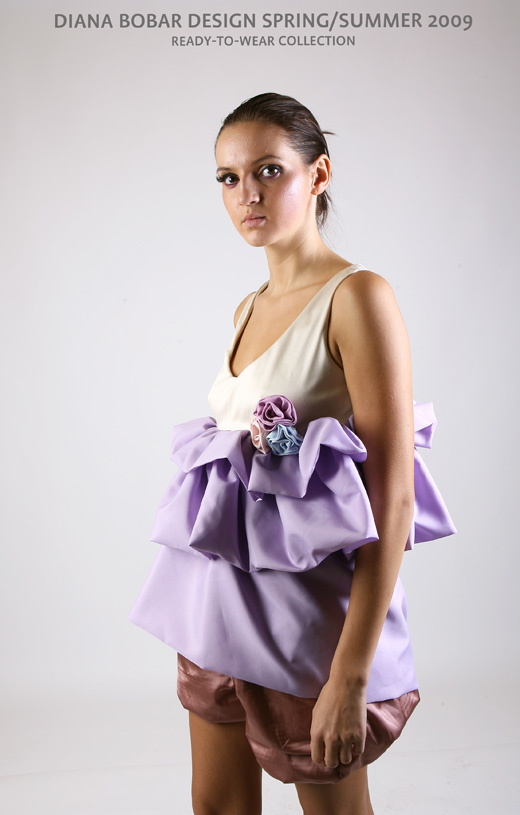 More of Diana Bobar’s work can be found on her personal blog, So Fash’On.

[…] seems like Miss Kate chose Alexander McQueen fashion house for its traditional view, which she combined with her personal modern view in a gown that makes her […]

Local Fashion Brought Closer to You Through Miinto.com | Mole Empire

[…] we’re not referring only to the giants from the industry, but also to smaller, local shops or independent fashion designers that deserve the same attention. With the online shopping industry becoming more and more powerful, […]

[…] their collections internationally took some help from Yann Le Goec, but at the moment the fashion label enjoys a very international public, from Tokyo to China or Taiwan. We did some fashion shows and […]