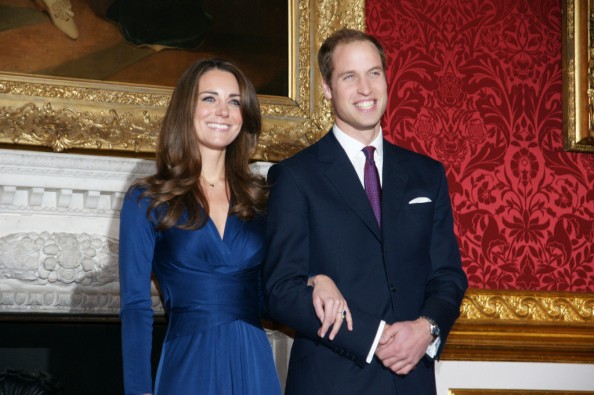 The highly anticipated event of the year, the Royal Wedding of Prince William and Kate Middleton is finally going to take place tomorrow, at Westminster Abbey, leaving everybody – especially fashionistas, to wonder: how will Kate’s dress look like?

Now the fact that Kate manifests a high interest into fashion is no secret to anybody, nor the fact that she decided to keep the designer and the dress secret until the wedding day.

Several rumors regarding the wedding dress have been circulating for some time, people naming each and every designer as the designer of the royal gown.

As the Daily Mail reports, the soon to be princess has created herself the dress, and as for the designer to put her ideas into practice, the name of Sophie Cranston of label Libelula is on everyone’s mouths, although the designer has not confirmed anything yet. Miss Middleton took inspiration from the Renaissance period.

As for details about the dress, it will be ivory satin and lace and it seems that it will bring a nod to Lady Diana’s dress, having a 10ft train.

With only one day away from the big event, I’m very excited about how Kate will look like. What do you think she will go for? I think she will choose something classic, in a timeless way, simple, but royal. Regardless on the choice or the designer – who is going to be soon revealed, hopefully, I am pretty sure she will look amazing. What about you? What do you anticipate for Kate?

Meanwhile, let’s have a look at some of the most beautiful royal wedding gowns of all time. Which is your favorite? Feel free to express your thoughts in the comments below. 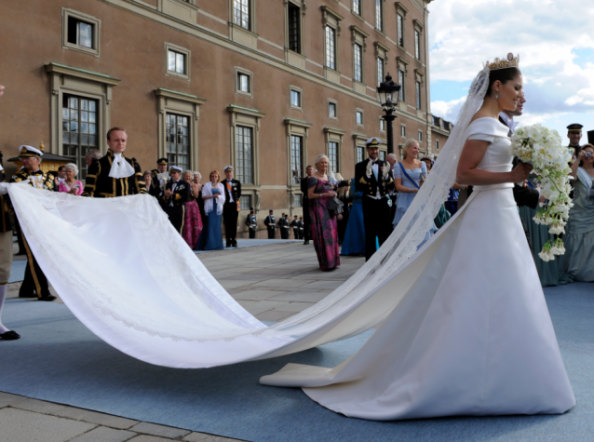 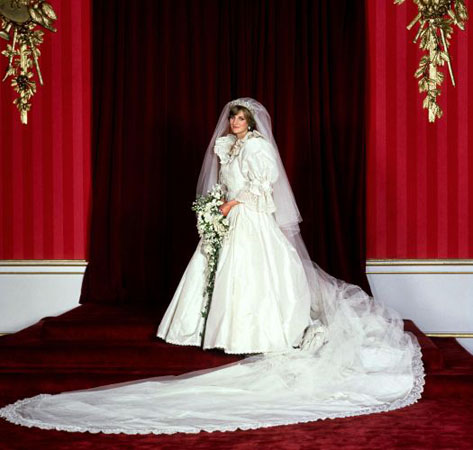 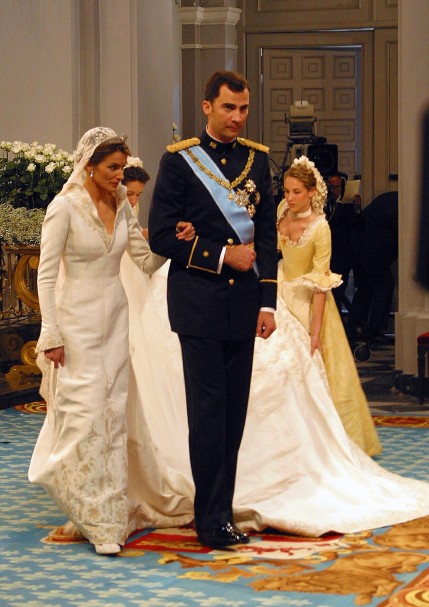 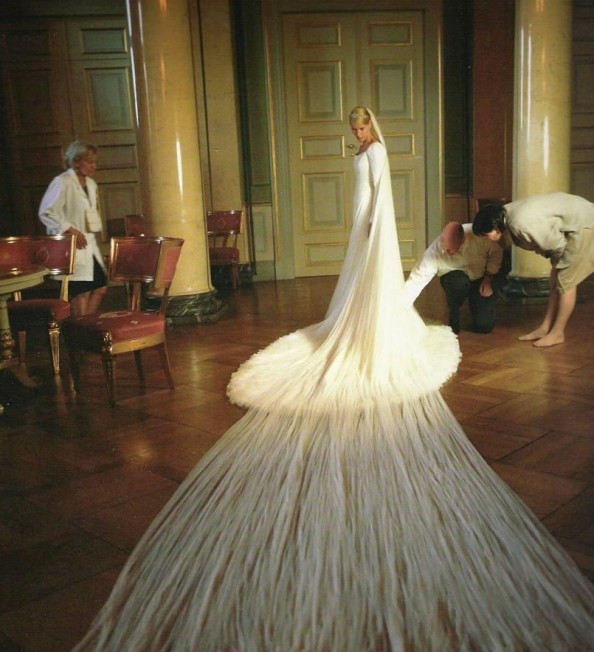 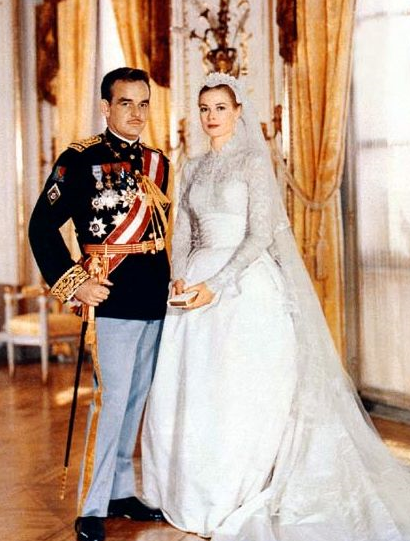 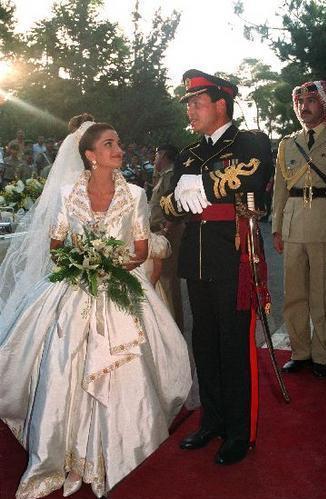 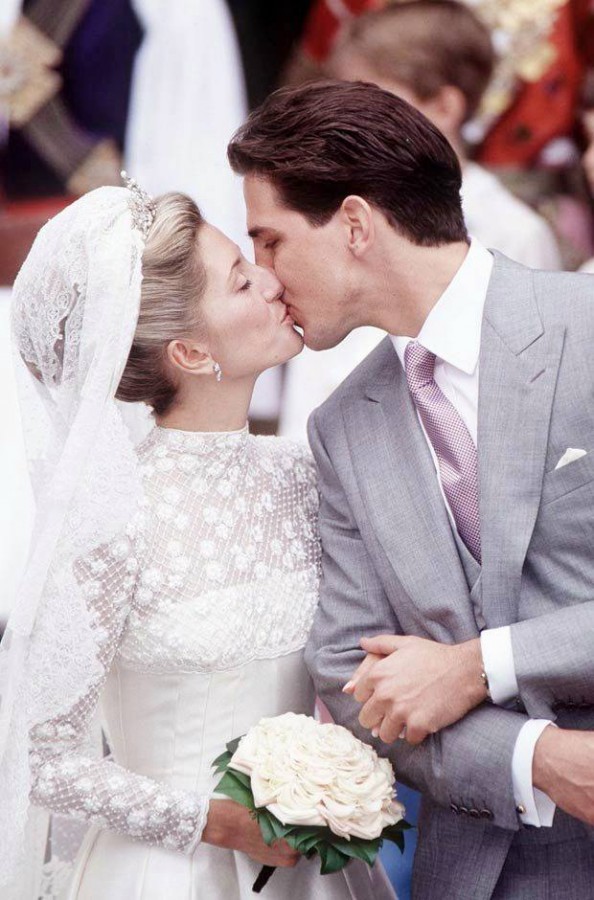 8. Princess Maxima of the Netherlands 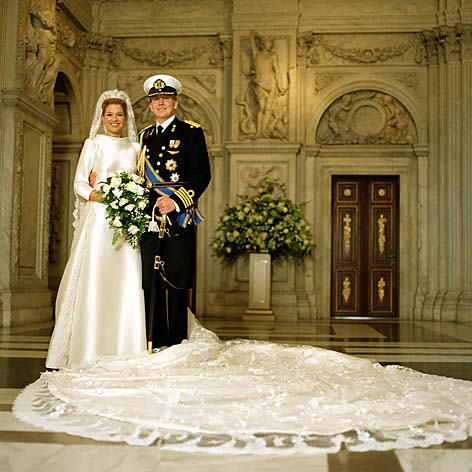 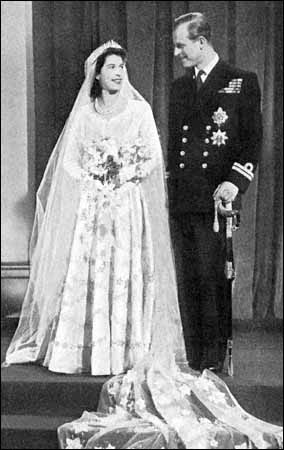 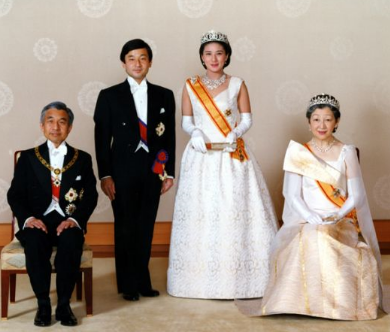 […] original post here: Kate Middleton's Wedding Dress And Best Royal Wedding Gowns | Mole … The Royal Wedding Week is here! I have waited anxiously for months for this week to arrive. […]

[…] A similar combination, but in dark brown colors, with a more complicated and elegant head wear is the one worn when Queen Elizabeth seeks the services of doctor Lionel Logue (Geoffrey Rush). Although at first she’s taken as a normal citizen by the doctor, her posture and way of wearing the outfit gives her a royal air. […]

[…] hysteria of the royal wedding has reached its climax this morning, when Kate Middleton stepped out of a carriage and waved to the people in a stunning ivory and lace dress, with 2 meters […]

[…] she wears becomes a trend, being sold out in less than 24 hours. As fashion people speculate about Kate Middleton’s style, she begins the tour by surprising everyone with her impeccable, elegant, simple yet noble […]

Most Fashionable Of The Monaco Royal Wedding | Mole Empire

[…] took place recently, I cannot help comparing them, at leat from the fashion point of view. Was the British Royal Wedding a more fashionable one? Will Princess Charlene become a fashion icon just like the Duchess of […]

[…] famous pieces from her wardrobe. This Saturday, she went low on fashion statements for the first royal wedding after her own, the one of Zara Phillips to Mike […]

[…] Royal family enthusiasts will have to pay a £17.50 ticket, which is about $29 for the audio tour lasting two and a half hours. Unusual setting though, taking into account the theme of the display but I bet it’s worth it, just to see Kate Middleton’s wedding dress. […]

I really like Princess Mette-Marit of Norway wedding dress, perhaps because it is so simple.

Glad you like it. 🙂 I think Kate will also go for something similar in simplicity. We’ll see tomorrow!

I really love the Princess Mette-Marit of Norway wedding dress too (what a train!!), but I really think Kate’s Alexander McQueen dress has them all beat! I love that it’s simple but very fitted and flattering. So pretty!

Yes, she looked stunning, I think she’ll even beat Princess Diana in becoming a legend.

I tend not to drop a comment, however after browsing through a great deal of comments on this page Kate Middleton’s Wedding Dress And Best Royal Wedding Gowns | Mole Empire. I do have 2 questions for you if you tend not to mind. Could it be only me or do some of the comments appear like they are left by brain dead visitors? 😛 And, if you are writing at additional online sites, I would like to follow you. Would you list of the complete urls of your social networking pages like your Facebook page, twitter feed, or linkedin profile?