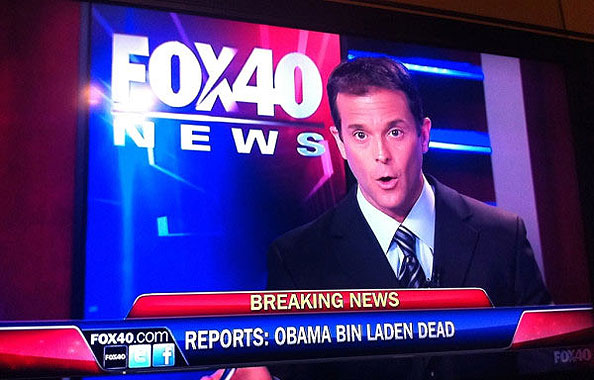 After United States president Barrack Obama announced on Sunday night that Osama Bin Laden, the leader of al-Qaeda and, basically, the most hunted man in the world, was finally killed in Pakistan, the internet… went a little crazy. On social networks Twitter and Facebook the terrorist’s death is a trending topic, and internet users from all around the world are already cracking jokes in order to “commemorate” this huge event.

President Obama’s announcement caused a lot of reactions on the internet, and social networks users were pretty prompt in receiving and sending the news forward. Furthermore, some of them are making up jokes about Osama’s death. For example, a Twitter account named @GhostOsama was created, which sends updates about Osama’s activity in… the afterlife. The account already has more than 29.000 followers, who can read tweets like “I retired as the world champion of hide and seek”, “Obama is using my death to assure his reelection” or “Hitler is pretty chill”.

Social networks users are also amused by the mistakes made by the media in covering Osama’s death, like Fox News “Obama Bin Lades dead” big announcement.

And, of course, there are the jokes that Twitter and Facebook users made up, some of them funny, some of them… just disturbing. Here is a list of some jokes I stumbled upon this morning:

All this being said I feel as though I should end with a quote. “I have never wished a man dead, but I have read some obituaries with great pleasure”. Courtesy of Mark Twain, tweeted earlier by Piers Morgan. And, I honestly think, perfectly in the spirit of the day.

[…] The ones who couldn’t attend the Royal Wedding are now invited to Bin Laden’s memorial service. – more jokes. […]

[…] show won’t suffer because of Sheen’s erratic behaviour. Should I remind you one of the funniest jokes I heard this […]

12 Signs That You Should Read a Book | Mole Empire

[…] the newspaper at the entertainment page and you’ll notice the somewhat funny jokes, the infamous crossword puzzle and the horoscope. Believe it or not, most people end up reading […]

[…] your prejudices, here we have a collection of really bad shopped pictures of celebrities with an Osama beard. Does this make them worse persons than […]

[…] you appalled? Do you think this is 5th grade humor? Well just imagine where this kind of jokes will go when Bill Gates dies and you’ll suddenly realize: scumbags of the world are yet to […]

I particularly like this one: “One Wedding, One Beatification and One Funeral. – box office.”

These jokes are lame.

I’d be happy to hear some really cool ones. Care to share?