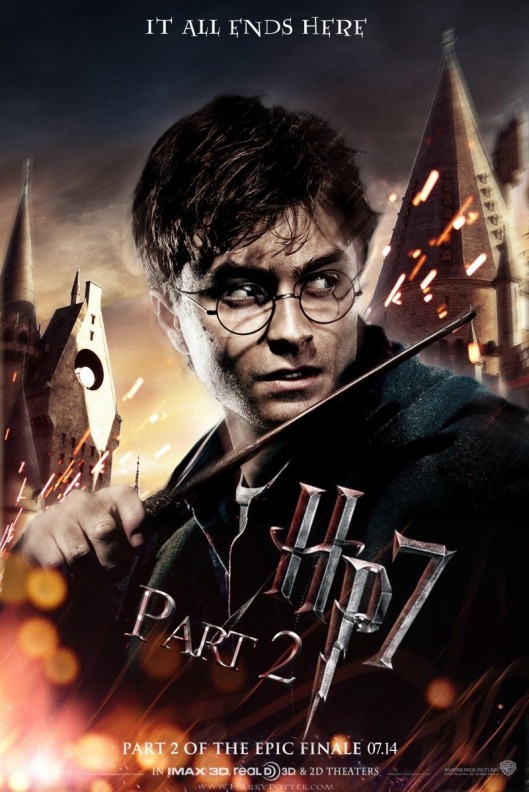 Harry Potter, the saga which has been around us both through the books and the movies finally comes to an end with the trailer for the 8th and final movie – Harry Potter and the Deathly Hallows Part 2 being released.

In Harry Potter and the Deathly Hallows Part 1, we left our hero and his friends in the search of the other Horcruxes for destroying Lord Voldemort’s immortality. As Harry fulfills his destiny, the entire wizarding world turns into a war. The fight of good and evil is closer than ever. Will Harry Potter defeat Voldemort?

The last part of the epic movie brings lots of excitement, drama and anticipation. It will be released also on IMAX and 3D on July 15th.

Meanwhile, I’m excited how will the stars surprise us at the Harry Potter and the Deathly Hallows premiere. Will Emma Watson catch all the attention, once again?

Watch the trailer below and let us know what you think in the comments.

[…] Bonnie is promoting Harry Potter and The Deathly Hallows: Part II, she embraces an extremely seductive attitude which not only distances her from the teenage look, […]

[…] you’re excited about the final chapter in Harry Potter movie history and can’t wait for July 15, those who are handling the publicity for the […]

[…] is a great year for movie sequels. Just a few examples would be: Transformers: Dark of the moon, Harry Potter and the Deathly Hallows: Part 2, Pirates of the Caribbean: On Stranger Tides, The Hangover Part 2 […]

The Fun Side of Busy | Health, Happiness, and Hope

[…] the most anticipated movie of the decade and one of the most famous novels, the last installment of the Harry Potter series […]