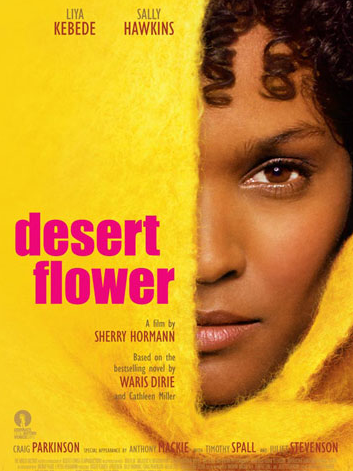 Fashion, with all its aspects makes a popular movie subject. We’ve seen some of the best fashion movies from the last decade, movies centered mainly on a designer, a biography, or a fashion magazine, but what would fashion be without those beautiful silhouettes who give life to all the clothing? How’s it like to be a fashion model? What road did the world’s most successful models walk until they became supermodels? How is the life of a fashion model seen by a movie director? Being surrounded by a glamorous and superficial world, filled of course with a little bit of drama, fashion models and their stories make a worthy subject for a movie.

While directors like Robert Atman and Andrey Konchalovskiy had a rather ironical view towards the world of a fashion model, investigating deeper in their lifes, beyond the glamorous catwalk; fashion models have fascinating biographies or wonderful success stories to tell. Let’s have a look at some of the most important titles of movies about fashion models.

This movie follows Somalian Waris Dirie throughout her chidhood years as she managed to build her way up as one of the supermodels that changed the world and became a spokeswomen for the United Nations.

As a 13-year-old child, she ran from a settled marriage, and wondered in the deserts for days until she reached the city Mogadishu. As a teenager she worked as a maid at the Somalian embassy in London. Luckily, destiny was on her side and today she’s a supermodel, writer and spokeswoman for the United Nations.

In March 1994, designers, models, photographers and journalists from the international world of fashion land in Roissy airport for Paris fashion week. The movie consists of several stories, apparently without any connection, the usual people present at fashion shows, moving here and there, trying to make themselves noticed.

Robert Atman’s movie points out a satirical view towards the world of fashion. The cast stars important names such as Sophia Loren, Kim Basinger, Julia Roberts and Marcello Mastroianni.

The movie follows the glamorous rise and tragic end of  Gia Carangi (Angelina Jolie), a famous American supermodel from the 1980s.

In 1977, aged 17, Gia was leaving to New York with the dream of becoming a supermodel, her beauty and desire to pose nude putting her into the spotlight in no time. In between some failed relationships, Gia becomes a drug addict, and in 1986, at only 26 years old she’s one of the first American women to die of AIDS.

In this alegoric movie, film director Hsiao-Kang travels to Louvre, Paris, to shoot a movie that tells a Taiwanese story about the journey of the soul combined with the Salome myth. For this, the real director of the movie, Ming-liang Tsai uses supermodel Laetitia Casta, elements and language specific to fashion shows.

The final movie from Krzysztof Kieslowski’s trilogy Bleu/Blanc/Rouge follows a young model as she hits a dog with her car and goes in the find of the owner. She meets a retired old judge who finds pleasure in spying other people’s lives and invading their privacy. The movie revolves around their friendship, the girl’s curiosity being fed by the confessions of the old man.

Although the movie can be viewed as a standalone piece, elements from the other two parts of the trilogy are present, so it’s better to watch Blue and White for a better understanding.

With another satirical look in the fashion industry, Andrey Konchalovskiy’s movie tells the story of a young girl leaving from a coal-mining town to Moscow with the dream of once becoming a supermodel.

Have you seen at least some of the movies? What other fashion models related movies do you recommend? Tell us your favorites in the comments.

[…] to acting very seriously, some women have broken through in a big way. Here are five awesome actresses that started out as models, in order to pay the bills and get to know the movie making industry better before diving […]

[…] modern perception of beauty standards seems constructed around a pedophile’s desires, with anorexic models resembling girls who haven’t even menstruated yet, there is a niche that will never die. And […]

Chasing Beauty, or the Hidden Side of Modelling | Mole Empire

[…] There is little about the designing process or the clothes. It’s all about the designers, the fashion models and the agency owners. As the director puts it, the harsh reality is […]