Yes, forget it, because with the new technology come new possibilities and Nokia’s Snake is so yesterday game.

So who will be the next in line for the throne of easy and popular phone games? Will it be Angry Birds? Well this is the most obvious answer, mainly because is one of the few games that is cross platform (Android OS,  iOS, Symbian and Windows Phone OS) and it have had an early start. But, in my opinion, the new king of the smartphone platform will be a motion sensors driven game, mainly because this kind of controls are more fun to use, so the only uncertainty now is the name of the game.

A possible contender for the throne might be Abyss Attack developed by the Deep Byte Studios, but let us see first if it really can be a strong rival for the other motion-sensors driven games. 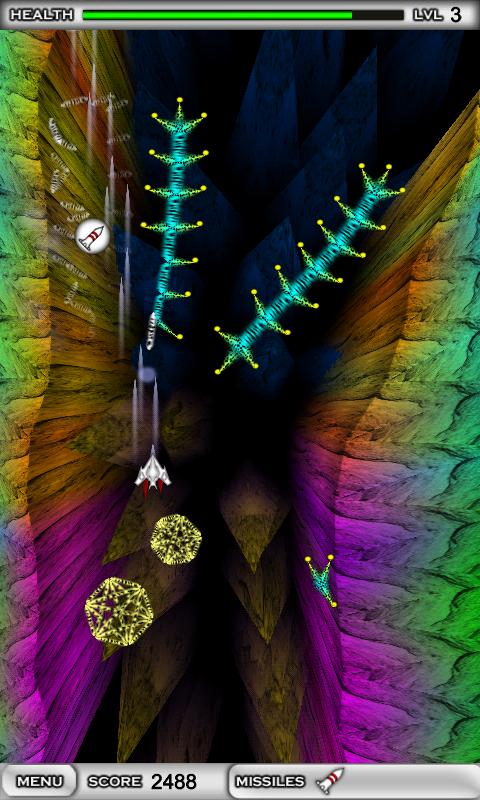 Abyss Attack is a “vertical shooter game for Android in which you pilot your ship through unexplored underwater canyons, shooting strange deep-sea creatures”, so it is basically a “destroy the weird things before they get you” type of game. Yet the novelty consists in the way you control the ship, so to move the ship in the desired direction you just have to incline the phone in that direction and just let the gravity do the trick. 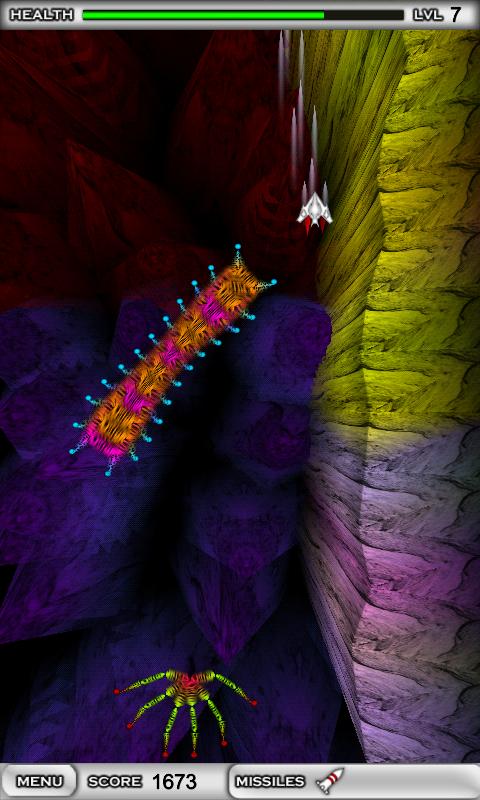 The controls really work and while playing you can move easily back and forward, right or left. The only disappointment here, at least for me, it is that you can not really accelerate the movement, although you can increase the sensitivity of the sensors (in the option menu) and this way the movement of the mighty abyss ship will be faster, but it will get harder to execute slower precise tricks.

The whole action of the game is taking place in the submerse waters of the deep ocean floor, at the depth of over 1500 feet. To provide us the sensation of deepness, the game creators have invested time in the design of the game.  So, while you are busy “cleaning” the ocean floor of the bad mysterious creatures that menace the whole humankind ( 😛 ) you are traveling in a submerse canyon with high walls and sharp spikes all covered in a great area of colors, reminding us of Pandora (the planet from the movie Avatar). All of this great scenery is drawn in 3D so it is really gorgeous. 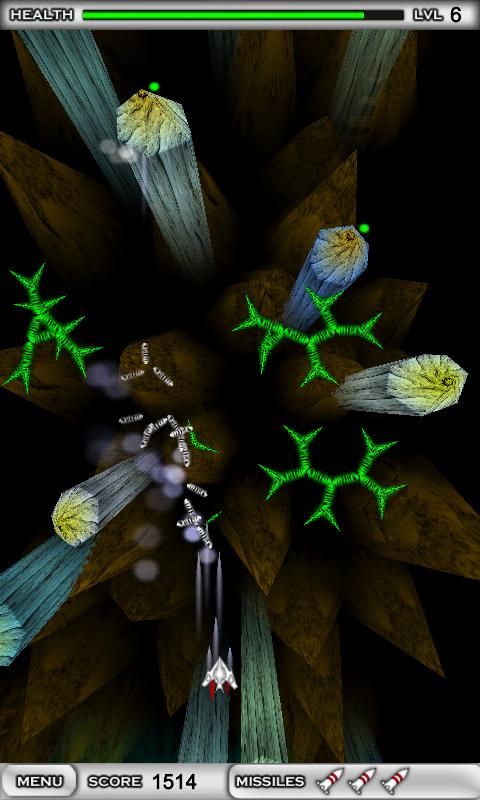 You should really try this game and you can do it without having to pay for it, because there is a demo version which have only one level, but don’t worry you can really get a felling of the game because in Abyss Attack the levels duration is quite long.

Download it from here: or just search for Abyss Attack in your Android Market app.

is an early adopter, passionate about technology and almost a geek. Likes to write and talk about the new trends that appear on the Internet.