ABC New TV Shows: Once Upon A Time And Charlie’s Angels [Trailers]

People out there looking for new shows that will keep you tied to your chair, buckle your seat belts because ABC just announced  that they will be picking up two brand new shows for this fall: Charlie’s Angels, a remake of the legendary 1970’s series, and Once upon a time, a modern fairytale from two of Lost’s writers.

ABC has already released the trailers of the shows, and from what we can see, the two shows are very promising. The directors of Once upon a time, Edward Kitsis and Adam Horowitz (Lost, Tron: Legacy) need no further introduction, and Charlie’s Angels is already a legend. This fall we’re going to enjoy two shows filled with the key ingredients: drama, action, magic, surprise, fantasy, adrenaline and good vs evil. 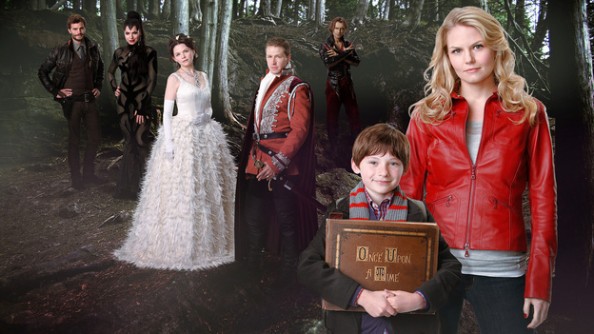 Once upon a time is a fairytale set in modern times, with the central character Emma Swan (Jennifer Morrison), a 28-year-old whose destiny suddenly changes when she discovers she is a lost princess and accepts to save her world from darkness. The action is set in the town of Storybrooke, a place where time is frozen and characters from our favorite fairytales have been sent to and don’t remember who they are. A fantasy where fairytale characters live a normal and a magical life.

On the other side, producer Leonard Goldberg (the original Charlie’s Angels), Drew Barrymore (the Charlie’s Angels movie), Alfred Gough and Miles Millar (Smallville) bring back 3 hot new angels: Abby, Kate and Eve. Charlie’s Angels are now an ex thief, an ex-cop and a street racer, three ex-bad girls who are know fighting against evil. The nonstop action takes places in fabulous Miami, as the 3 angels solve cases for the mysterious Charlie Townsend, with the help of handsome expert Bosley 2.0 (Ramon Rodriguez). 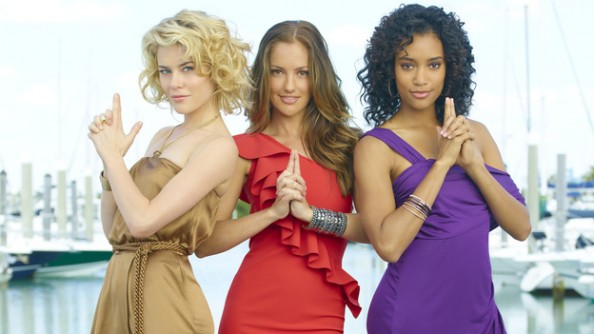 Now that I already made an idea about what the shows will going to be like, I have some suggestions for the TV shows producers to make the shows even more awesome:

In Charlie’s Angels, after a few episodes of adrenaline and super impossible mission, the angels meet a Franciscan priest who makes them to regret for their actions. From episode 4 or 5, the girls quit the fighting and start their own cooking show, since they’re so good with knifes. They enter the world of showbiz, and they stumble across a great deal of competition. They start experiencing with new situations, their show doesn’t have a good rating, so they think about even killing a chef. This twist of the story would definetely change the predictability of the show and it would be a real shock for the viewers, leading to those Guy Richie black comedy movies.

Meanwhile, enjoy the brand new trailers below and let us know what you think in the comments.

ABC Charlie's Angels Once Upon A Time TV Shows
Tweet

Bunnies, Stewardesses And Angels: These Are The Professions Of Females In The New Fall TV Lineup « : TheGrindstone - Where work comes to play

[…] to take a job in Alabama. It is called Hart of Dixie and it will be on the CW. You could also watch Once Upon A Time which shows some very strong female characters except it turns out they all live parallel lives […]

What?s Happening i am new to this, I stumbled upon this I’ve discovered It absolutely useful and it has aided me out loads. I am hoping to give a contribution & help other users like its aided me. Good job.

I know this if off topic but I’m looking into starting my own weblog and was curious what all is needed to get setup? I’m assuming having a blog like yours would cost a pretty penny?
I’m not very web smart so I’m not 100% positive. Any suggestions or advice would be greatly appreciated. Appreciate it