Hugh Laurie’s Got The Blues 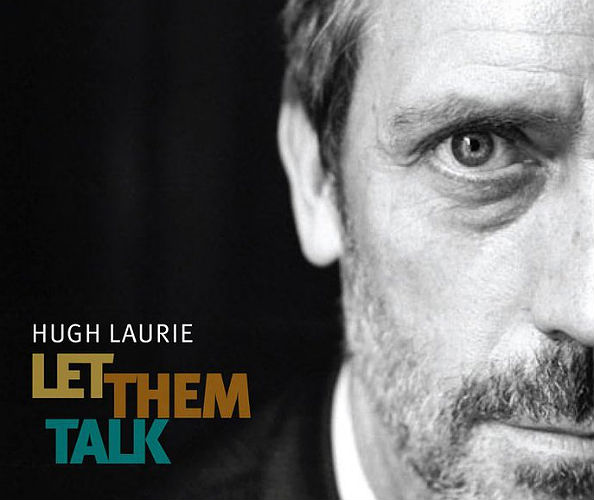 If you’re a fan of classic blues or maybe you just have a crush on Hugh Laurie, mostly known for playing the brilliant but, let’s face it, antisocial (this clearly being an understatement) Doctor House in the hit TV series with the same name, you should definitely listen to his first album, Let them talk. A collection of classic American blues, the album reveals the more hidden, emotional side of Laurie, who is a gifted pianist and fell in love with music at an early age.

Let them talk was released in UK earlier this month and is basically a tribute to the music Laurie loves so much, featuring collaborations with Tom Jones (on Baby Please make a Change), Irma Thomas (on John Henry) and Dr. John (on After You’re Gone). The album opens with “St. James Infirmary”, a classic, and as you keep listening, you realize that his soothing voice is almost perfect for this music genre. He also manages to capture the songs’ spirit, which is surprising, because Laurie was born and raised in the UK. Personally, I ended up humming songs like “You Don’t Know my Mind” or  “The Whale has Swallowed” Me after hearing the album only two or three times.

Don’t worry – this isn’t just another failed attempt of an actor to start a mediocre singing career. Laurie plays the piano, guitar, drums, harmonica and saxophone and is also a vocalist and keyboard player for the Los Angeles charity rock group Band From TV, whose members are all actors from American TV series. Furthermore, he played piano as a special guest on the song “If I Can’t Have You” from Meat Loaf’s 2010 album Hang Cool Teddy Bear.

“Let them talk” was no 1 in the Austrian Albums Chart and also reached no 2 in the German and UK album charts. You can buy it from the musician’s website.  And don’t forget to tune in Monday on FOX for the season finale  of the seventh season of House.

[…] earlier this week and are pretty dull, in my opinion.  I was a little disappointed because House didn’t get nominated for Best Drama, but I was happy to see that The Big Bang Theory scored a […]

[…] brilliant but antosocial doctor Gregory House. He also sings -recently, he released a blues album, Let them talk. And now he is the new face of L’Oreal Paris Men Expert products, joining Gerard Butler and […]