TV Shows That Will Blow Your Mind Starting This Fall 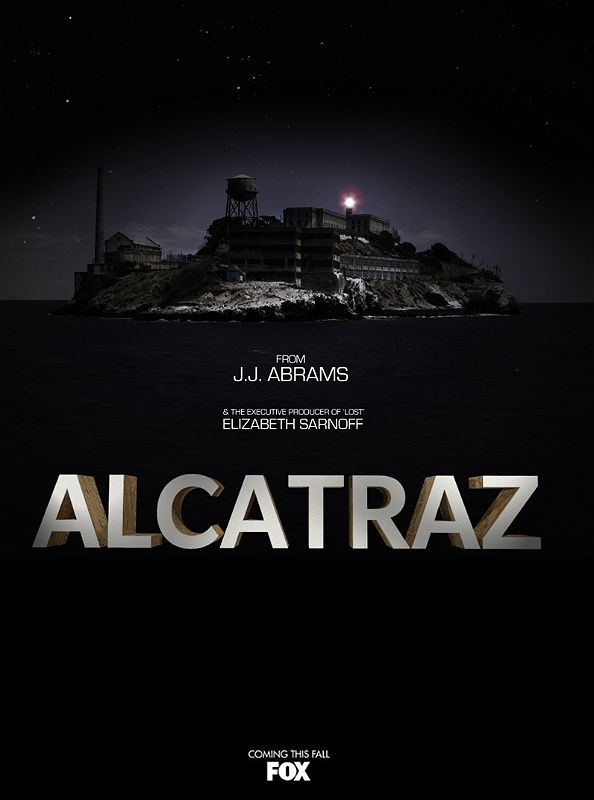 When I found out that some of my favorite new TV shows got canceled eariler this week, I got a little angry.  I mean, they keep on going with Two and a Half Men without Charlie Sheen, but they turn their back on shows like Mad Love, Mr. Sunshine, Lie to me and $#*! My Dad Says. That’s just not fair.

However, then I remembered that the third week in May is the week that most of the major TV networks announce their fall line-ups. So, as cheesy as it may sound, instead of dwelling on the past, let’s look hopeful into the future. Because, I have to admit, some of the new TV shows look pretty interesting.

FOX, NBC and ABC have already announced their fall schedules and provided trailers for their upcoming series. However, in the case of CBS and CW we only have some rumors and a few official announcements. If you are anxious you can bookmark TVGuide’s Fall Schedule, which will be updated as soon as the remaining TV networks come forward. This being said, let’s see which shows look promising.

Personally, I’m pretty excited about FOX’s fall line-up. We have three brand new dramas, two comedies and two animated series. I’ll start with Alcatraz which, if you were a fan of Lost, I’m sure you’ll also be looking forward to. The show will be produced by the one and only J.J. Abrams and it will star one of the funniest Losties ever, Hurley, or Jorge Garcia, as everybody knows him in real life. It looks a little like Lost meets Prison Break, and it also stars Sarah Jones, am Neill, Parminder Nagra, Robert Forster and Santiago Cabrera. It will premiere midseason 2012.

Let’s also focus a little on Steven Spielberg-produced Sci-Fi television series Terra Nova. The plot, you are wondering? The show centers on the Shannons, an ordinary family from 2149, when the planet is apparently dying, who are transported back 85 million years to prehistoric Earth where they join Terra Nova, a colony of humans with a second chance to build a civilization. So get ready for a bunch of special effects, time travel and… dinosaurs. Yes, dinosaurs. Excited? The show will air Mondays this fall.

FOX also picked up The Finder, Bones spin-off based on The Locator books written by Richard Greener . The new series will center on Walter Sherman, or the Locator, a former military policeman who can find anything.  It stars Geoff Stults, Michael Clarke Duncan and Saffron Burrows and is produced by Hart Hanson, also responsible for Bones‘ success. The show will premiere midseason.

As far as the comedies are concerned, we have I hate my teenage daughter, with Jaime Pressly, Katie Finneran, Aisha Dee, Chad Coleman, Erik Sheffer Stevens and Kevin Rahm. About two single moms and their teenage daughters. It will air Wednesdays this fall.

I hate my teenage daughter

Also, I’m excited about New Girl, mostly because it stars Zooey Deschanel, who is simply adorable. A comedy about the sexual politics of men and women. Jess Day breaks up with her boyfriend and then moves in with three guys. It will air Tuesdays, right after Glee.

Finally, I’m not a big fan of animated series, so I’ll let you judge for yourselves Allen Gregory and Napoleon Dynamite. The first will air Sundays this fall and the second will premiere midseason 2012.

Ok, moving on to NBC now, which will offer us six brand new dramas and six comedies. Half will premiere in the fall and half midseason. First off, we have The Firm, based on John Grisham’ novel and the movie starring Tom Cruise, released in 1993. There aren’t many informations available yet, but it’s one of the network’s most anticiped premieres. Then, we also have Grimm, a Sci-Fi drama starring Bitsie Tulloch, David Giuntoli, Kate Burton, Reggie Lee, Russell Hornsby, Sasha Roiz and Silas Weir Mitchell. The show will air Sundays.

Awake, a new drama that reminds me a little of Inception, created by Kyle Killen, has been pushed to midseason, and Prime Suspect, a remake after the British TV series with the same name will air Thursdays this fall. We also have The Playboy Club, starring the cute Eddie Cibrian, scheduled to air on Mondays. Christina Applegate returns on screen with Up all night, a show about a mother who returns to work shortly after giving birth to a beautiful little girl. NBC’s new shows also include Are You There Vodka? It’s Me Chelsea, Bent, Best Friends Forever, Free Agents, Smash and Whitney.  Some of the trailers are already available on nbc.com.

And, last but not least, ABC has prepared 13 (!) new shows. Take a look at our long list below and let us know what you think.

Sitcom about a family which moves in the suburs. Will air Wednesdays.

Sitcom starring Tim Allen, about a man surrounded by women. Will air Tuesdays.

Sitcom about three man who decide to change their lives, in a world ruled by women. Yawn. Will also air Tuesdays.

A sitcom pushed to midseason, about two alpha males who can’t find work and decide to dress up like women and be drup reps. This sounds a little silly, doesn’t it? Well, at least we’ll have the chance to see Amaury Nolasco (Sucre from Prison Break) in a comedy.

Again, it will premiere in midseason. A show about two roomates, one of them a bit… evil. Of course, they become BFFs and rule the world together.

Midseason. This one sounds pretty interesting, and it’s created by Shonda Rhimes, also responsible for Grey’s Anatomy and Private Practice. It’s all about damage control.

Once Upon a Time

Jennifer Morrison returns this fall in a show where the real world meets fary-tale world. The trailer looks pretty interesting, I’ll give you that.  Will they have a happy ending? It will air Sundays.

Christina Ricci, ladies and gentelmen! If you missed her, tune in Sundays this fall.

Starring Leslie Bibb, Kristin Chenoweth, Annie Potts, Jennifer Aspen, and Marisol Nichols. About a woman who was pretty mean in high-school and, 20 years later, has to come back to her home town.

Eespionage drama, or a story about a mother searching for her son, starring Ashley Judd.

Ok, after all this, have you already decided which shows will you watch this fall? Hit the comments and let us know.

Note: A midseason replacement is a television series that premieres in the second half of the traditional television season, usually between January and May.

Later edit: Meanwhile, CBS and CW also announced their fall schedules. We’ll be back shortly with details about their upcoming shows.

[…] Also, the critics gave awards for shows that haven’t aired yet, which was a little odd. The category was called Most Exciting New Series, and the winners included Alcatraz (Fox), Apartment 23 (ABC), Awake (NBC), Falling Skies (TNT), New Girl (Fox), Ringer (The CW), Smash (NBC) and Terra Nova (Fox). You can watch some of the trailers for these upcoming shows here. […]

Get Ready for Entourage's Eighth and Final Season | Mole Empire

[…] producers, where they discuss the beginnings of the series and their memories over the run of the series. You can  watch it […]

[…] in ‘Fast and Loose’, a television series where guests take part in improvised sketches in which each comedian inhabits a certain character […]

The Mentalist Vs Lie To Me | Mole Empire

[…] A video was uploaded recently on YouTube, showing how 25 famous actors today were struggling to get noticed before they became big shot movie stars. We get to see Denzel Washington, Scarlett Johansson, Angelina Jolie, Jack Nicholson and Nicole Kidman in some of their first roles, performing in low budget movies or TV shows. […]

[…] is over, and while this autumn will premiere some new mind-blowing TV Shows, our favorite TV shows will also start to air their new seasons. With premiere dates set mostly in […]

[…] a whole summer with almost no news about our favorite autumn TV shows, September brought us more promos than ever. For example, here’s a first look at the new […]

[…] a woman in her late 20s trying to get over her sudden breakup with her model boyfriend, but the trailer also looked extremely […]

Watch TV shows on the internet

You’ve got great insights about TV shows, keep up the good work!