Celebrities With Style At The AmfAR Cinema Against AIDS Gala 2011

A lot of celebrities and filmmakers attended the amfAR’s Cinema Against AIDS Gala, held as part of the 64th Annual Cannes Film Festival on Thursday night. Cinema Against AIDS began back in the early 1990s and has raised over $60 million for AIDS research and awareness so far.

Bar Refaeli, Karolina Kurkova, Milla Jovovich and Michelle Rodriguez looked simply ravishing, and the fundraiser brought in a record-breaking $10 million, toppling last year’s $7.64 million. But if you’re strictly interested in fashion and not concerned with where to get second mortgages so you could afford to attend such an elaborate event, let’s see who wore what and who managed, yet again, to make a fool of themselves, fashion wise. 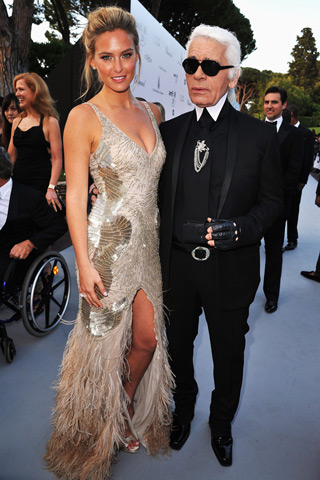 The 25-year-old Israeli model wore a Roberto Cavalli beaded and feathered champagne gown. The dress looked perfectly on her, and the fact that she decided to wear her hair up was a nice touch. She finished the look with gold sandals. 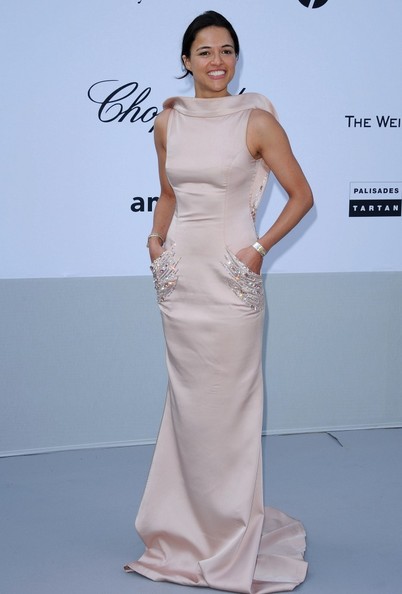 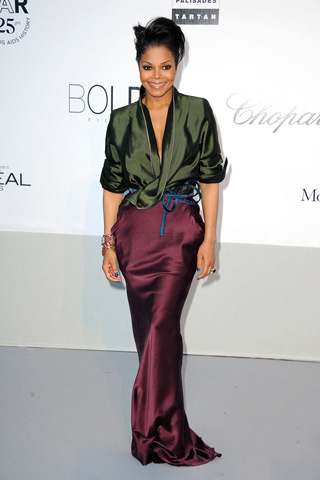 Michelle looked adorable in a delicate Jean Fares Couture gown, featuring a high neck line and plunging open back with cascading jewels. Fortunately, she has a great body to pull it off, and the back detail of the gown was amazing.

Although I’m almost never happy with Janet’s fashion choices, this time I must admit she looked great. The singer’s Haider Ackermann ensemble incorporated the teal and purple colors from the Fall 2011 collection. 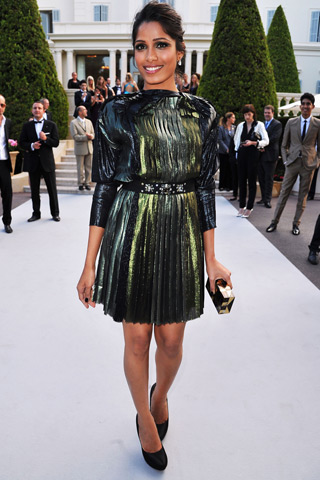 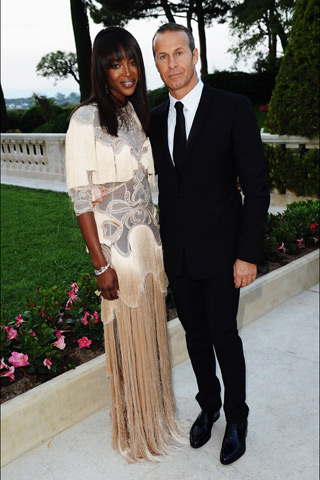 This time, the Slumdog Millionaire actress opted for something funkier and chose to wear a Lanvin Fall 2010 lurex mini dress. Although the dress was fine, I feel like her look wasn’t quite appropriate for such a glamorous event.

On the other hand, Naomi opted this time for a nude fringed gown from the Givenchy Fall 2010 Couture collection. The dress seems like a pretty weird choice for such an event, but the supermodel somehow made it  work. 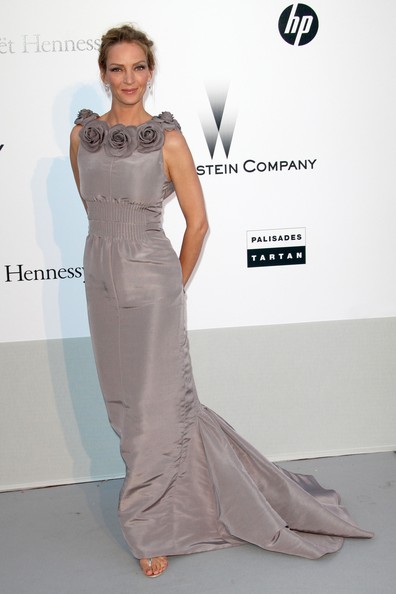 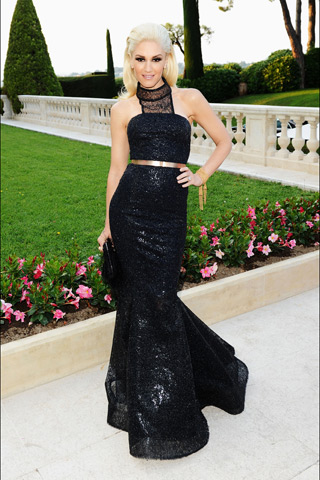 Gwen managed to look awesome at the gala held Thursday night, in a long black dress designed by herself for her L.A.M.B. collection.  Apparently, if want it done right you should just do it yourself 🙂 And after she was a bit criticized about the Stella McCartney jumpsuit she wore at the Tree of Life premiere earlier this week, this could easily become her new mantra.

Uma Thurman, juror for this festival, wore a Chanel Couture gown, from the Fall 2008 collection. Her outfits fot the 64th Annual Cannes Film Festival turned out to be pretty inspired choices until now, and that is something –  she wore a lot of designer dresses during the festival. 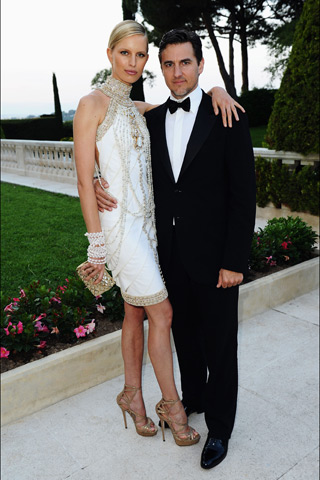 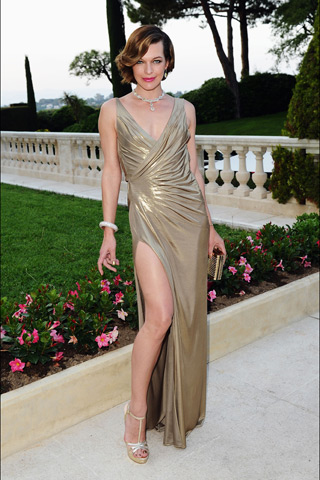 The supermodel was one of the few who opted to go short at the glamorous gala. She also chose a Chanel, wearing a white dress from the Fall 2010 Couture line. In the end, I think she looked really elegant and beautiful. 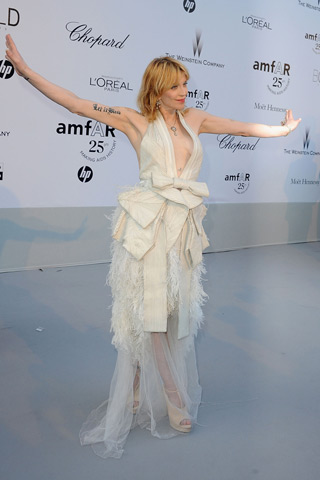 Although Courntey wore an amazing  Givenchy Couture gown, her hair was a mess and the shoes weren’t a perfect fit. I can’t believe she managed to ruin an almost perfect dress by not using a hairbrush.

So, who is your favorite? Hit the comments and let us know!