Since I’m a Tim Burton nut (as I’m sure some of you are), I’m very interested in picking the brains of this most unusual director. So I though I’d give you some more (burtonian) food for thought. 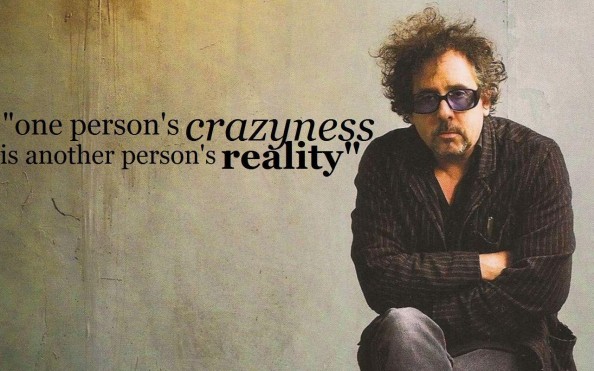 I’m thinking about your health so on the short movie menu today we have a main course that consists of white meat : clams seasoned with sea salt and a pinch of inhumanity.

As for hors d’oeuvre, we have a plot knit with algae: two newly weds spend their honeymoon on an island with a seafood based nutrition. But their diet led to an unexpected result that culminated with her giving birth to a cross-breed between a human and an oyster: Sam.

Sam’s birth contributed to the choice for a house by the sea. Though he resembled an oyster, he was far from being as happy as a clam. He was the kind of child bound to enjoy less conventional activities:

One spring afternoon,
Sam was left in the rain.
At the southwestern corner of Seaview and Main,
he watched the rain water as it swirled
down the drain.

His parents’ quarrels seemed not to influence him; that was until the doctor’s suggestion… but I won’t spoil your appetite, I’ll let you go digging for clams on YouTube.

Photo from misanthrope86 on fanpop.