It looks like a lot of celebs attended the MTV Movie Awards 2011, held in Universal City, California, on Sunday. The big winner of the night was The Twilight Saga: Eclipse, which took home five awards, including the one for Best Movie. We could see a lot of funky outfits on the red carpet. Also, Reese Witherspoon was honored during the evening with the Generation Award, for her entire career. “Reese Witherspoon is one of the most versatile and accomplished performers of her time. Our viewers admire her for taking risks and for the breathtaking range of her roles”, MTV President Stephen Friedman said in a statement released earlier this month.

You can find a complete list of winners here.

Moving on, the red carpet was simply packed with celebrities. We could admire a lot of outfits and we saw Mila Kunis, Blake Lively and Emma Watson looking lovely. Blake looked stunning on stage wearing an electric blue Michael Kors fitted dress with purple suede Louboutin’s, Emma wore a stunning Marchesa white silk dress with hand embroidered neckline with cap sleeves and Mila presented an award with Justin Timberlake, wearing a Balmain black top and an embellished skirt from the Fall 2011 collection.

Balmain was also Leighton Meester’s choice – the Gossip Girl star wore a Fall 2011 silver mini dress, with a lot of bling-bling attached. And if we’re talking about Balmain, let’s not forget Kristen Stewart and her red leather dress covered with safety pins, from the Spring 2011 collection. She looked pretty good, I’ll give you that.

What do you think about the awards? Or maybe you have some thoughts regarding the outfits? Take a look at the photos below and let us know. 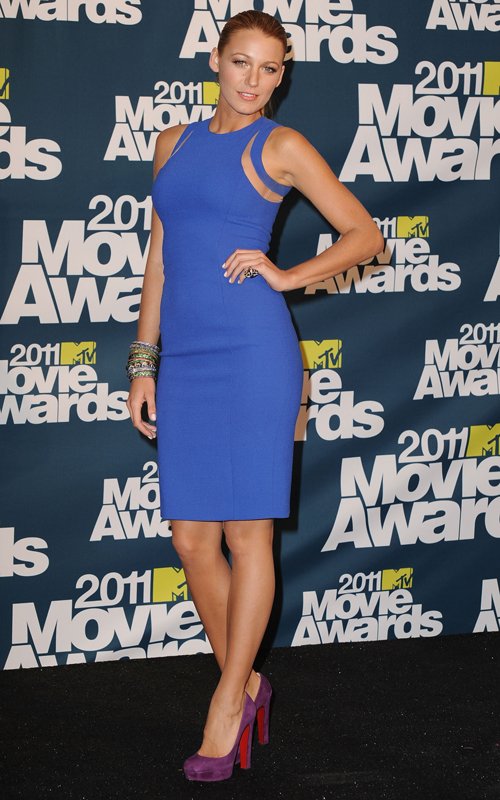 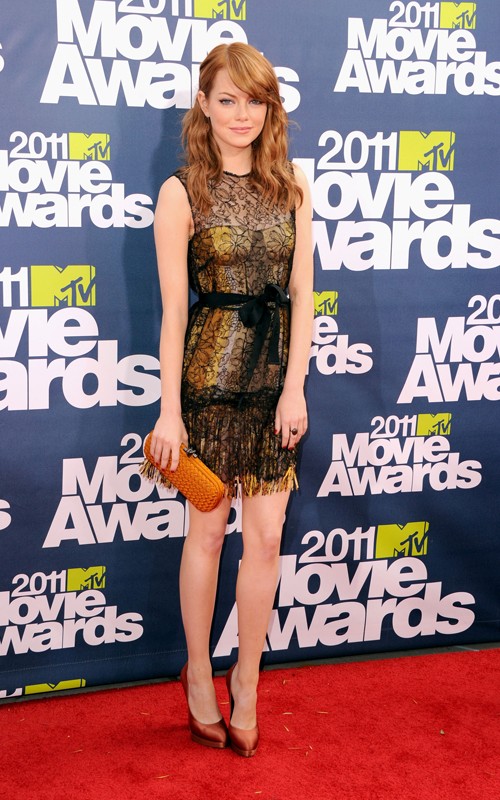 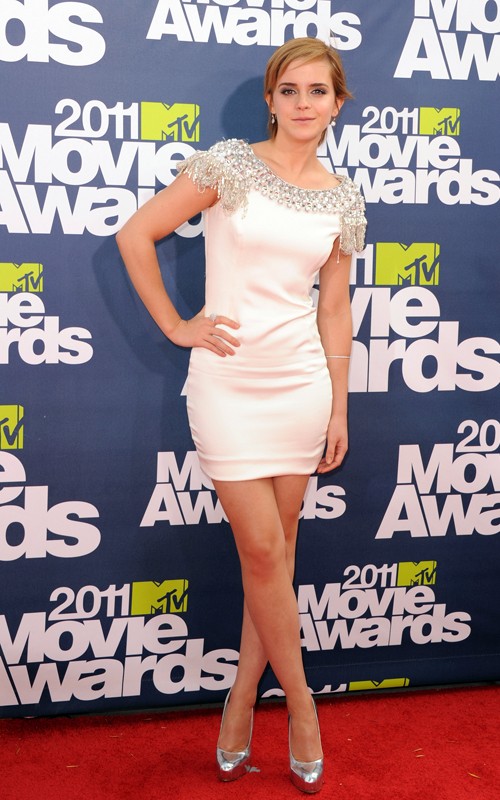 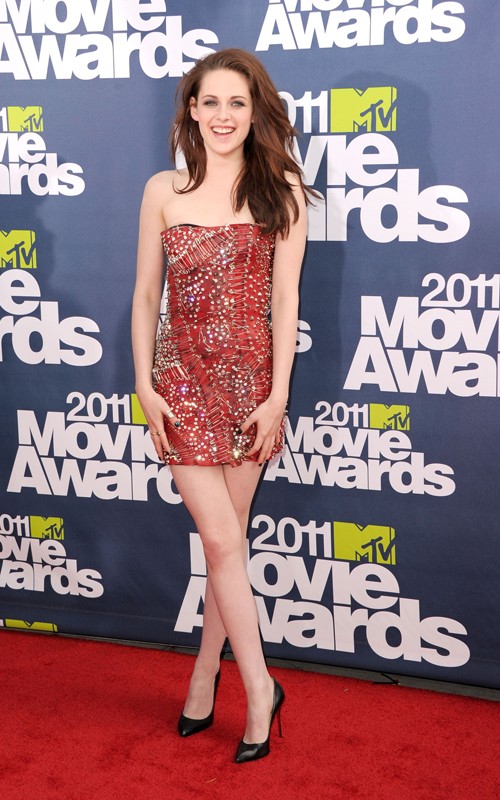 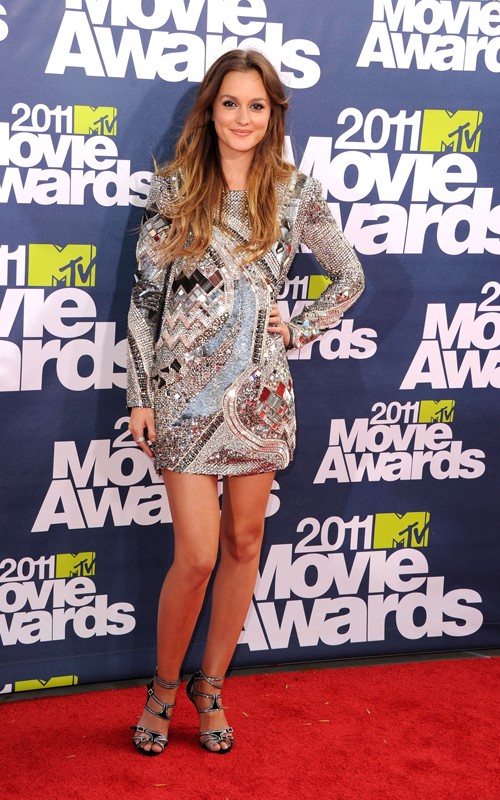 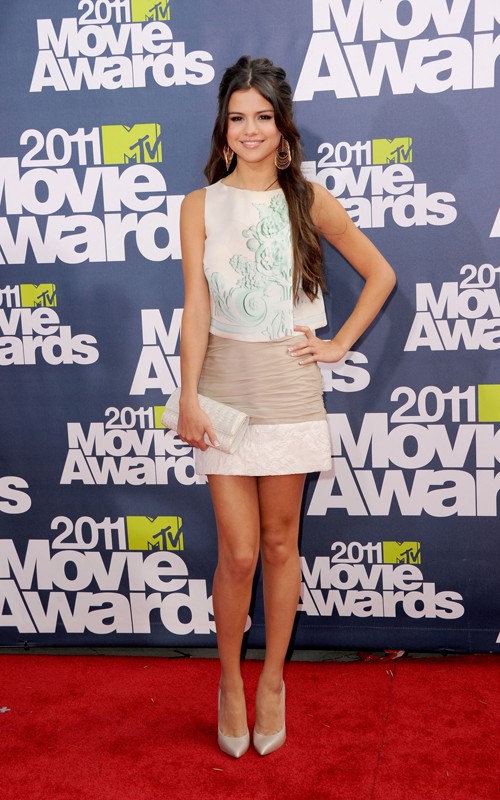 […] like award shows very much – I’m a huge fan of the Emmys, Oscars and Golden Globes and I always get mad […]

[…] Emma Watson looked lovely in a Rafael Lopez mini dress. Also, her hair got darker after the MTV Movie Awards.  Watch some photos from the photocall below and let us know your opinion concerning Emma’s […]

Selena Gomez’s outfit is so ugly!