An intoxicated Amy Winehouse performing on stage is already no surprise to anyone. But where will all this mumbling and stumbling lead to?

After this catastrophic performance last weekend in Belgrade, Winehouse got booed and jeered in what the Serbian audience nominated as “the worst concert Belgrade has ever seen”. Also, her managers decided to cancel her next two concerts in Istanbul and Athens, planned this week.

So sure, there’s not much wrong in an artist to be drunk or high while performing, some would say it’s actually rock’n’roll. But Amy forgot one little important thing: it’s only permitted as long as you can still perform in front of the audience that paid money to see you, you idiot!

Since many call her “the Janis Joplin of our generation”, I wonder whether she’s conscious of her self-destruction instincts leading her on a path similar to Janis’, who died at only 27 years old. Amy (currently aged 27) isn’t too far from having the same habits as her predecessor either, mixing alcohol with different kinds of drugs (from mary-joowana all the way to Heroin). There’s one difference, though: at least Janis, as wasted as she was, she always put up a good performance.

Myself not being a big fan of artists showing up plastered on stage, or a fan of boob jobs or horse-faces, for that matter, I still believe Amy has a good voice. And she’s lucky to have a competent team of musicians and producers behind her, so it would definitely be a pity and I would express utter regret if she died early, thus leaving Sarah-Jessica Parker as the Ultimate Horse-Face Ruler of the World.  :/

Celebrity addicts can easily find private treatment centers and get help there, but some of them just choose not to. 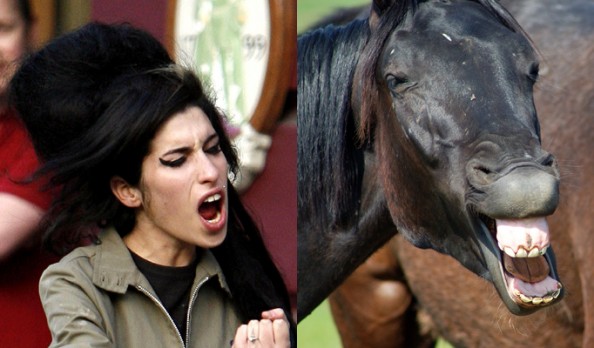 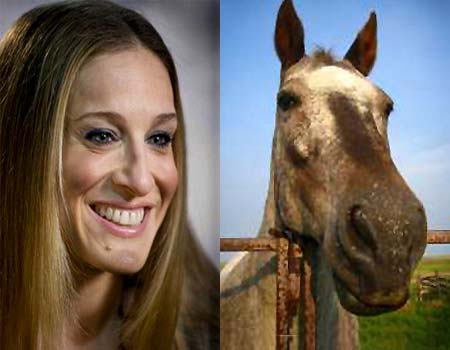 […] just prior to her death, listening to Amy wasn’t as popular as in other times. Mostly due to one of her latest incidents in Serbia, July 2011 was a declining month in the Last.fm charts. Not for long, though, for after her death […]

[…] have become something quite trendy in the fashion world. And no, I’m not referring to drug abuse this time. These pills won’t damage your health in any way because they are absolutely […]

“Happy” is definitely not the word. But you can’t say she didn’t have it coming.