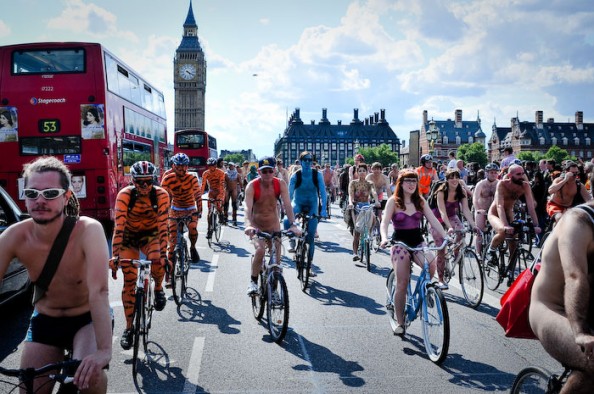 A peaceful and imaginative protest against oil dependency and car culture- that was what the London World Naked Bike Ride was all about. Starting from Hyde Park, 1000+ naked cyclist strolled pass Buckingham Palace and wished the Queen a Happy Birthday in their way. 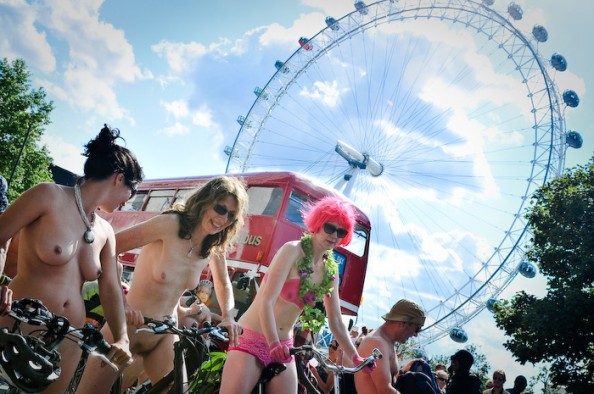 The other purpose of the naked stroll was to promote cycling as an alternative to cars and to expose the danger of riding the bike on the streets of London. According to the organizers, people feel naked even when they have their clothes on and that’s exactly what this event planned to raise awareness about: more safety measures for cyclists. 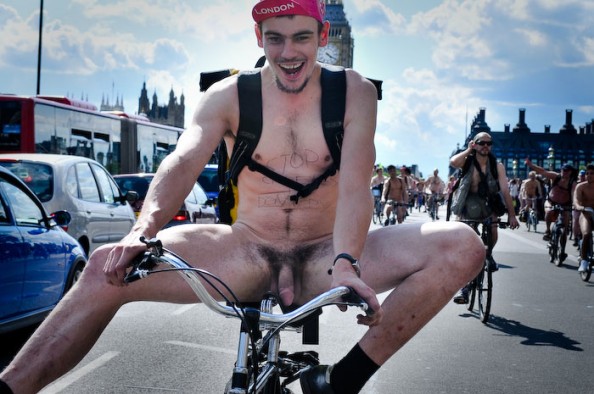 The dress code was not compulsory, the participants were invited to wear as little as they wanted and still feel comfortable about it. Creative minds covered their bodies with funny messages, colorful paintings and imaginative accessories. It was a real show of protest, but also of creation in which people of all ages took part. 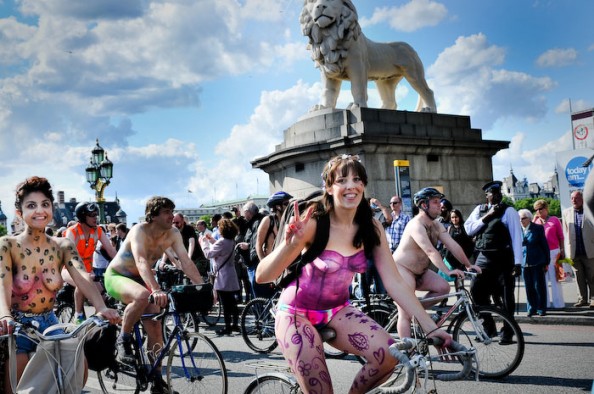 The event was part of a world wide movement, involving 50 countries, 20 countries, and thousands of participants all around the world. Did you have the chance to take part in the rides? You can still ride in Bristol, on June 19th. 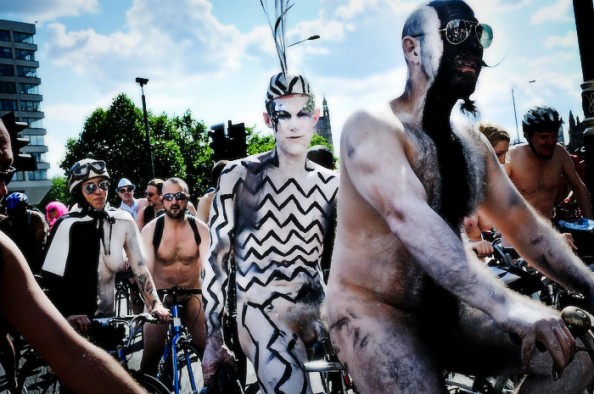 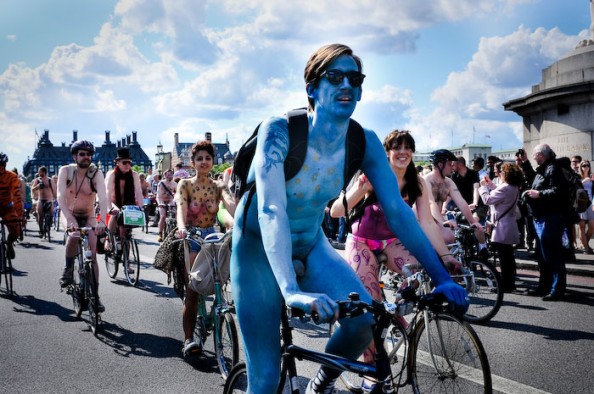 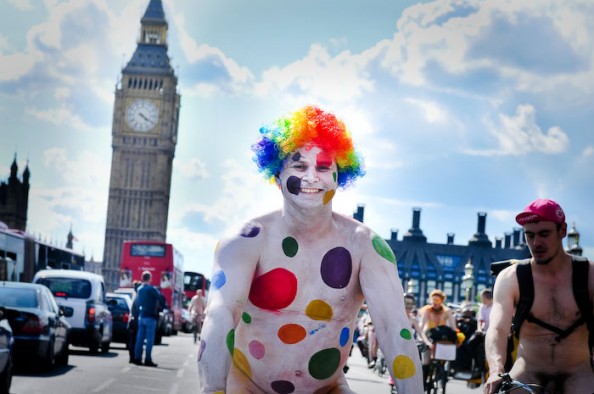 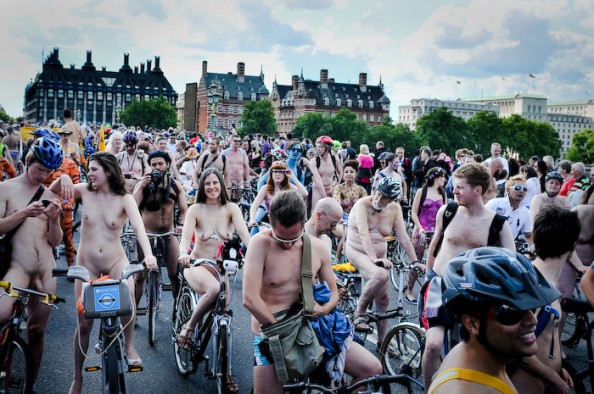 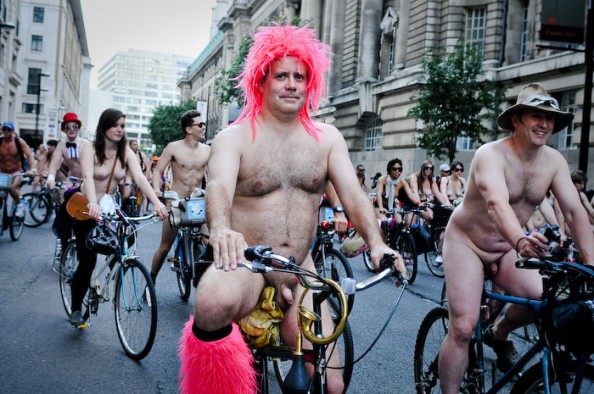 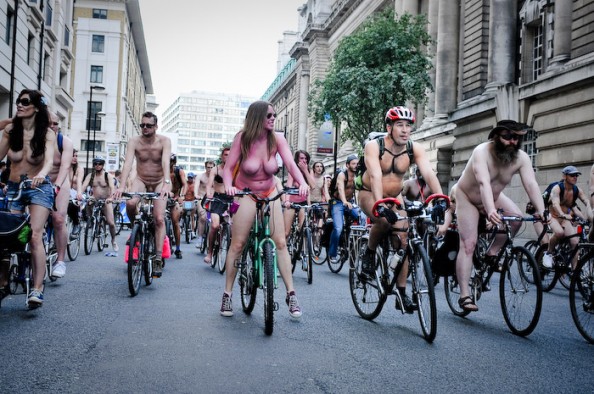 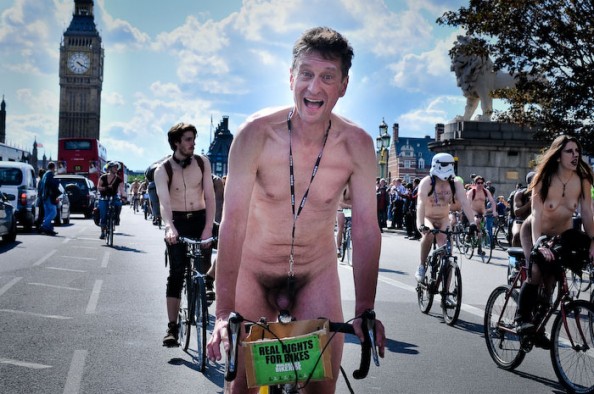 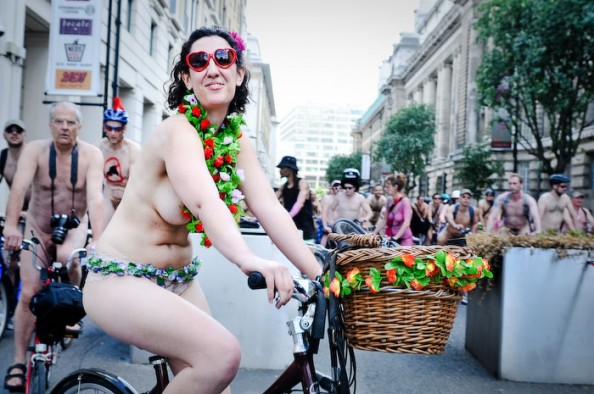 Cyclists all around the world, do you face the same vulnerability on the streets of your cities? Suppose such an event was organized in your city, would you happily strip off your clothes for a noble cause?

Photos by Alexei Kovalev from pichaus.

[…] “Occupy Wall Street” demonstrations have grown out of New York Now and peaceful protests are planned in cities all over the world. Whether this movement will have any impact in curing the […]