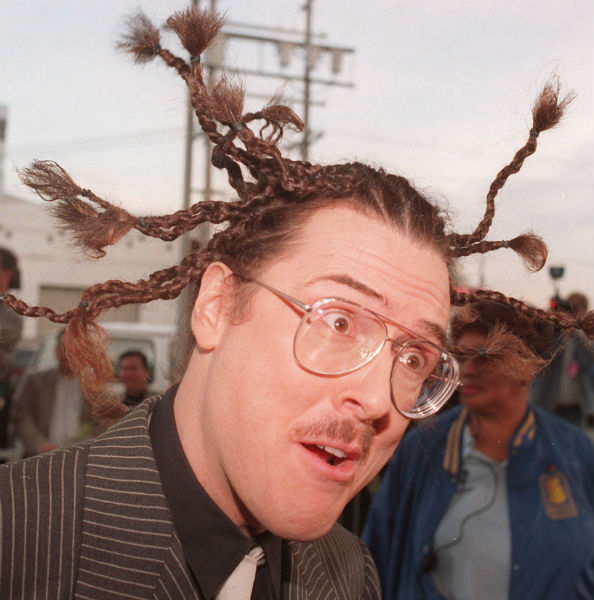 Do you remember Eat it, Like a surgeon, White and nerdy or Smells like Nirvana? Weird Al Yankovic is back with a new music video, a ridiculously creepy parody of Lady Gaga’s anthem Born this way.

Perform this way, directed by Yankovic himself, features his face superimposed on a female Lady Gaga stand-in, and makes fun of Mother Monster’s ostentatious personal style. Besides imagining some outrageous outfits that Gaga may wear on the red carpet in the future (fingers crossed everyone!), such as as one made entire of live bees and an Avatar costume, Yankovic can be seen in outfits that the pop queen had already wore – the bubble dress or the controversial raw meat dress. 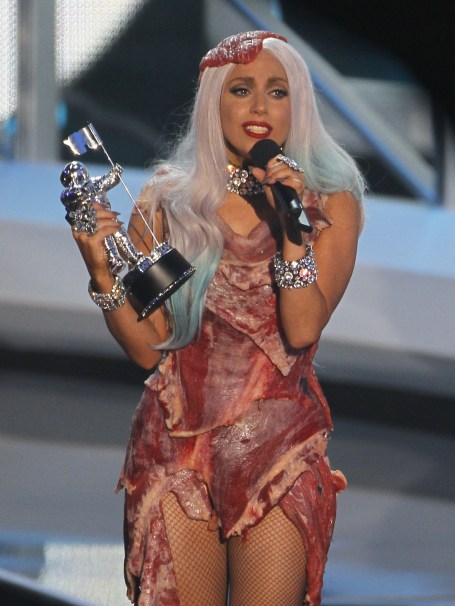 The video was released yesterday on Vevo and it already generated a lot of buzz on social networks. Most of the song’s popularity probably has to do with the controversy surrounding it.  Although one does not need permission to record a parody, as a personal rule and as a means of maintaining good relationships within the music community Yankovic has always requested permission from the original artist before recording his parodies. At first, it appeared as Gaga did not gave Yankovic permission to include Perform this way on his upcoming album,  Alpocalypse. However, he released his parody online on April 20, and shortly after it was discovered Gaga herself had not yet heard the song and the refused had come from Gaga’s manager without her input.

Gaga’s manager has now admitted that he never forwarded my parody to Gaga – she had no idea at all. Even though we assumed that Gaga herself was the one making the decision (because, well, that’s what we were TOLD), he apparently made the decision completely on his own.

To sum up, Weird Al Yankovic parodies Gaga in his new video, Perfom this way. Gaga loves the song. His manager is inconsiderate of Yankovic’s feelings. In the end, everybody’s happy and the world musicians live in is a magical place with unicorns flying over rainbows and chocolate pouring from the sky.

The truth is that making fun of Lady Gaga and her bold fashion choices isn’t hard at all. It’s hard to make fun of her in a way that still seems fresh and makes you chuckle. For that, Weird Al Yankovic, I salute you!

Watch the video below and let us know what you think. And if you’re interested, Yankovic’s new album, Alpocalypse, will be released today.

The Proof That Lady Gaga Is Not A Cyborg | Mole Empire

[…] am I just jealous of her success and trying to point out only what’s bad from her performance? Nah. In fact, I consider this […]