New Coldplay Video: Every Teardrop is a Waterfall 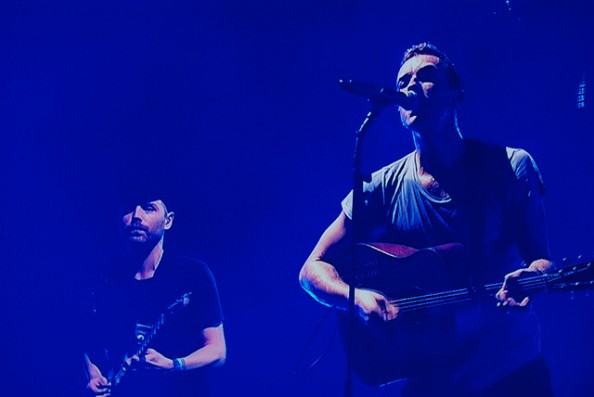 If you spend some time on the internet you should have already seen Coldplay’s new video for Every Teardrop is a Waterfall. It premiered on Wednesday, June 29, and soon became viral. About 40% of my friends posted it on Facebook or Twitter in less than 8 hours and I could barely open any website concerning music without bumping into it.

I don’t really care about music videos. I get bored easily and prefer listening to the song itself, without any disturbances. During the years, few bands managed to impress me in this particular category. And peculiar enough, Coldplay was one of them, although I can’t say I am a huge fan of the band.

After this slightly personal introduction, I have to tell you: I love the video. I love the vibrant colors, the paint, the movement, Martin’s yellow watch, the drums, the graffiti… well, just about everything. I think it’s perfectly shot and goes very well with the lyrics.  Filmed mainly in stop-motion, the video basically follows Chris Martin and his mates as they wander around. It’s from Every Teardrop Is A Waterfall EP – also featuring new songs Major Minus and Moving To Mars, out now on US iTunes Store. Also, it’s the first single off the band’s fifth studio album due out in the fall.

When every band I listen to from time to time releases a new video I tend to reminisce about the good old days. You know, when Martin used to walk on the beach for an entire video or when the band was portrayed as two-dimensional paper cutouts doing household chores. If you don’t know what I’m talking about, here’s a little retrospective of the band’s most popular music videos. Or at least most interesting.

So, what do you think about Every Teardrop is a Waterfall? Is it already your favorite Coldplay video or it doesn’t have what it takes to beat the classics? Hit the comments and let us know!

Coldplay Every Teardrop is a Waterfall Music Video
Tweet

Hi!
Please tell me what brand and what model of watch is that the yellow in the video Chris!

I think its an ICE WATCH…..because its seems like silicone watch