What started as a hobby for the now 43 year-old  German artist Edgar Müller, has led over the years to a really successful career. He has taken the art of pavement drawing to a whole new level with his breathtaking 3D landscapes and he is currently one of the few artists in the world who own the title of  ‘Maestro Madonnari’ (Master Street Painter).

In November 2009 he achieved a new Guinness World Record for creating the world’s biggest anamorphic pavement art in Westfield London by covering an area of 330 square meters with an incredible piece of street art depicting a scene from Ice Age 3: Dawn of the Dinosaurs, for the film’s Blu-Ray and DVD launch.

Müller left his mark on the streets of countries such as: Germany, UK, Slovenia, Canada, Russia, U.S.A, Mexico. Here is a collection of some of his most famous works. 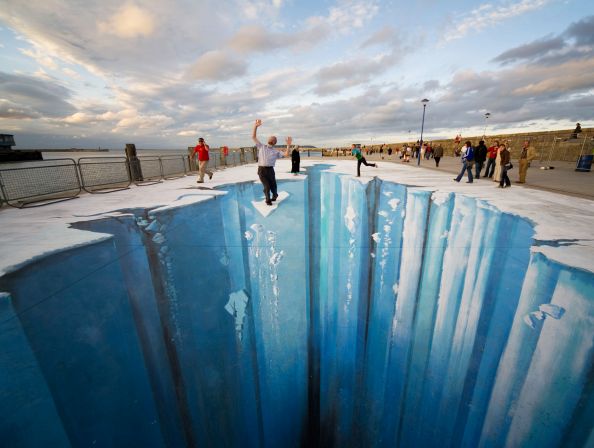 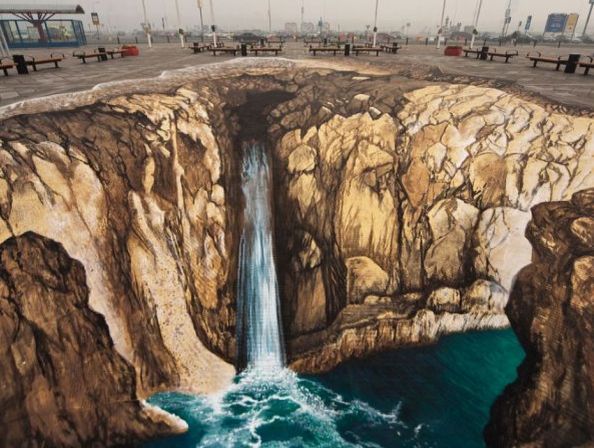 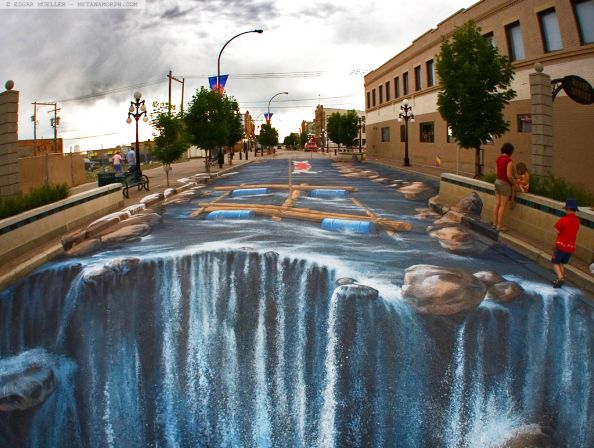 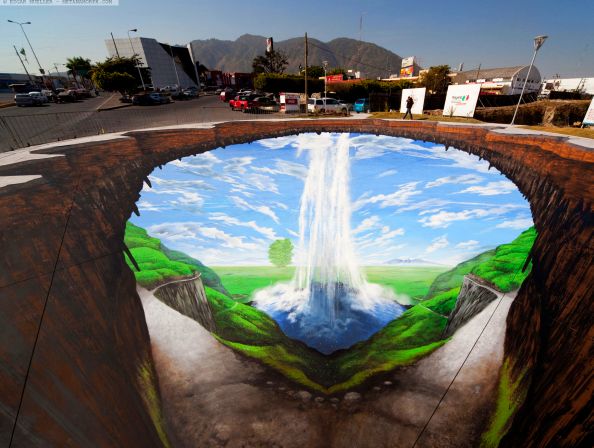 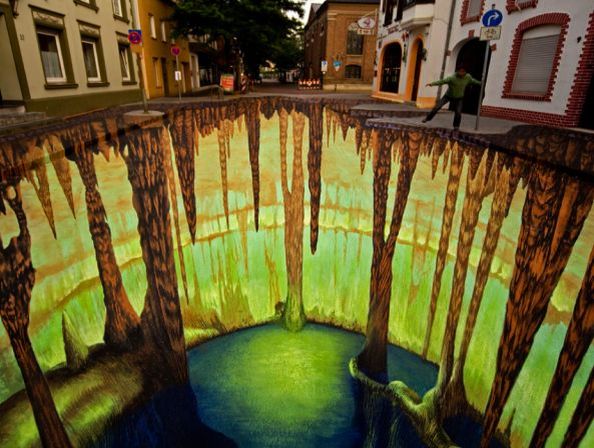 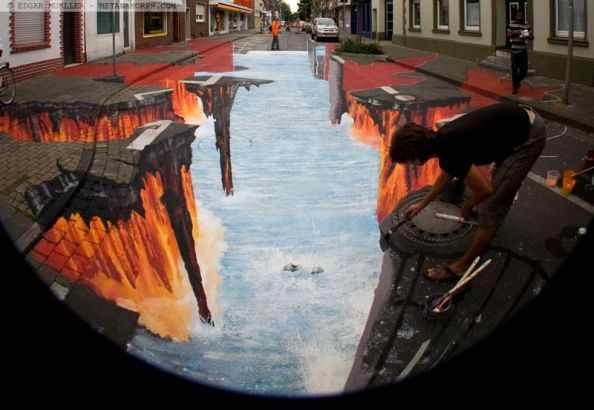 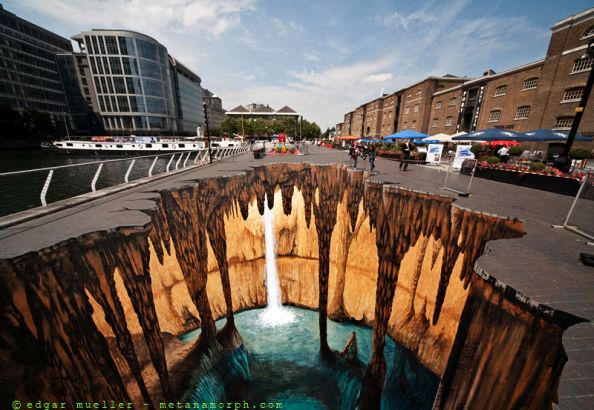 Which one is your favorite? Have you had the chance to see anything like this in person?

[…] M. O’Leary is the name of the artist who designed these wrought street maps of different metropolises. While their size may vary depending on the size of the city, […]

[…] of it, it’s not really painting; it’s more like sand arranging. If you enjoyed the street art and the tall painting, you’re going to like sand painting as […]

How Do You See the Map of The World? | Mole Empire

[…] why these extremely creative people – photographers, designers or random people with a vast imagination – decided to give world maps a new twist. Some are carved, some are painted, while others are […]

When the Blackboard's Not Enough | Mole Empire

[…] It’s not just for offices or for brainstorming sessions. Imagine classrooms where you could leave everything on the walls and on desks. It might sound chaotic but it’s actually not. Some people are more likely to remember something they see all the time. If you manage to keep yourselves organized, then it’s a really good idea. Yesterday’s lesson’s on the wall, last week’s brainstorming ideas are on another one and right next to is your newly created graffiti masterpiece. […]

[…] that the result is more important to her than the medium she uses. She’s always been a fan of street art, and thinks that there’s no other better open gallery available for artists just like her. I […]

[…] in art-school around 1970. Before I came to this way of working I was drawing, painting and making three-dimensional work, highly influenced by pop-art. I always thought that combining the things I liked – painting, […]