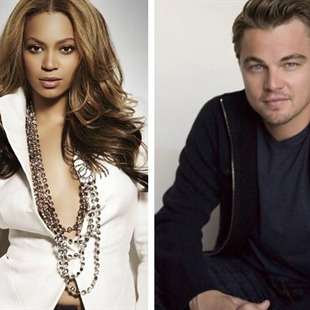 It seems that Beyoncé has big plans for this year: now that she released her fourth album, besides promoting it, she plans to go on tour and film a remake of the movie “A star is born” which will be directed by Academy Award winner Clint Eastwood. The original movie came out in 1937 followed by a remake starring Barbra Streisand, in 1976. Even if this is nothing new for Beyoncé considering that up to this moment her film roles have been as singers in “Cadillac Records”, “Dreamgirls” or “The Fighting Temptations”, expectations are high for the new Warner Bros movie. It appears that Beyoncé’s partner in the movie will be Leonardo DiCaprio.  He will be playing an aging rock star while Beyoncé will be the aspiring singer. Interesting combination I’d say, I’m really curious to see the outcome of this project.

At the end of  June Beyoncé released her fourth straight #1 album called “4”, a mix of soulful tracks that will definitely keep her on top of the charts. Immediately after releasing the video for “Run The World (Girls)” which had a great succes – 58 mil. views on Youtube in such a short time is a great number for any standards – she now released her second single for “Best Thing I Never Had” which gathered in just one day almost 5 mil. views. Great job Beyoncé!

In her new video Beyoncé prepares to go down the isle and marry the guy who is the “best thing she ever had” instead of her teenage crush who turned out to be the “best thing she never had”. Although this is another video based on Beyoncé’s image and the story focuses on her, even if we get to see many close-ups she still manages to pull it off great. Add her amazing voice to these beautiful images and the result is undeniable.

Best Thing I Never Had

What do you think about her new video?

What about the movie? Do you think she can pull off this role?

[…] the 40′s glam look which I think looks great on her. With this look she reminds me a little of Beyonce and French actress, Marion Cotillard.  She looks more mature, elegant and feminine, finally […]

[…] Magazine. I love the artwork – the 29-year-old singer appears with the lyrics to ‘Run The World (Girls)‘ surrounding her. The unique typography sculptures were created by Ebon […]