Japanese Pop Star Is Actually Not a Human Being

AKB48, a band formed in 2006 in Tokyo, Japan is a 48 member female fronted j-pop act. So far so good, nothing too spectacular for Japan, even if all of the members are vocalists. 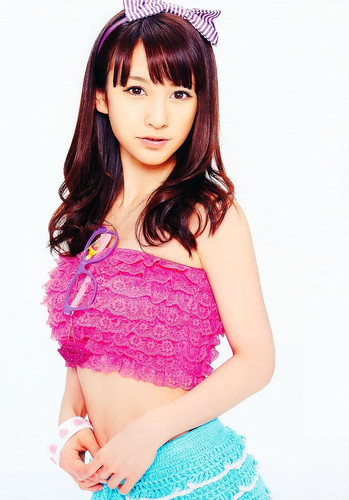 But it looks like Aimi Eguchi, one of the 48 girls, and probably the best looking of all, is in fact, a computerized construction based on six body parts taken from the other members of the band. This, in spite of her “telling” her fans on her website that she’s a normal 16-year-old from the North of Tokyo who enjoyed track and field sports. Nevertheless, CGI-created Aimi Eguchi is even appearing in commercials and has become, in a very twisted way, a sort of a role-model for the new generation, who all wish now that she actually existed.

One must admit, this is a good marketing strategy, less costly and meets the exact aesthetic and performance requirements, otherwise difficult to achieve with an actual human being. And after all, we are more and more becoming fans of artists that we never or rarely get to see live in a concert. So what’s the difference here? Morals? Does it bother us to know she’s not real? The future of music is in buying taglines and caring less and less about the real message, whatever you and I think about it, anyway. So just learn to get that CGI-pleased gland and… happy birsuday, my friend!

[…] as well? The elitist listeners’ hearts most probably won’t have any more room for the commercial band they became, but at least the fact that the band has a changed line-up should be enough of a […]