See what Rosie Huntington-Whiteley Wore on the ‘Transformers’ Promotional Tour

Graceful, stylish, with beautiful long legs and great fashion sense – that’s how Rosie Huntington-Whiteley appeared during her promotional tour for her first movie, ‘Transformers: Dark of the Moon’.

From Moscow to New York and from Letterman to Jimmy Fallon, the 24-year-old model wore a lot of inspired outfits that varied from Oscar worthy jaw-dropping gowns to more casual ensembles. Her choices included Dolce&Gabbana, Michael Kors, The Row and Gucci.

White bodysuit for The Late Show with David Letterman 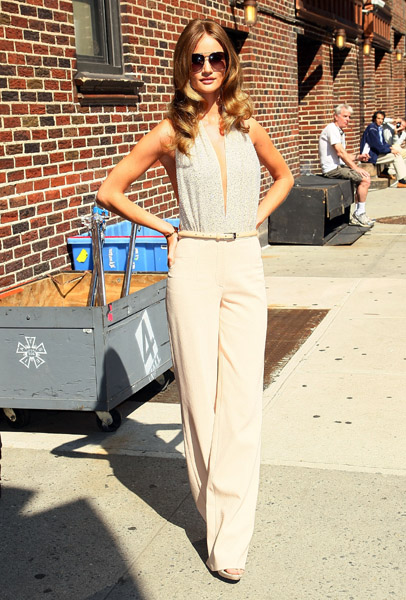 At Letterman, on June 15, Rosie looked relaxed in a Michael Kors Fall 2011 white bodysuit. Apparently she’s a big fan of the American fashion designer –  she wore two more Michael Kors outfits during her promotional tour for ‘Transformers: Dark of the Moon’. 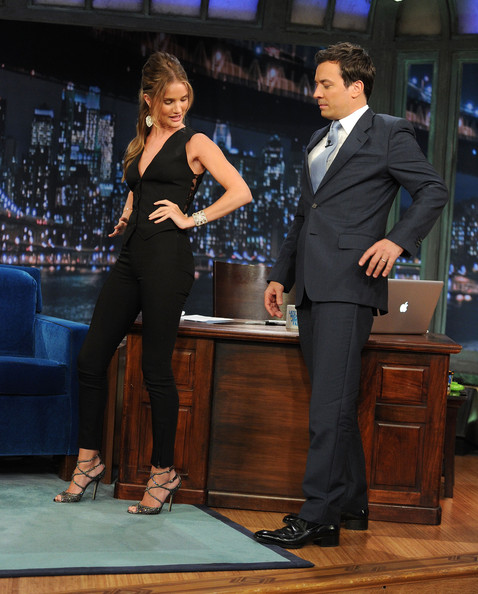 For Late Night with Jimmy Fallon, on June 16, Rosie Huntington-Whiteley opted for an all-black Dolce & Gabbana ensemble, a Cartier bracelet and Jimmy Choo sandals.  She also taught Fallon how to strike a pose just like a model during the show, in case you missed it. 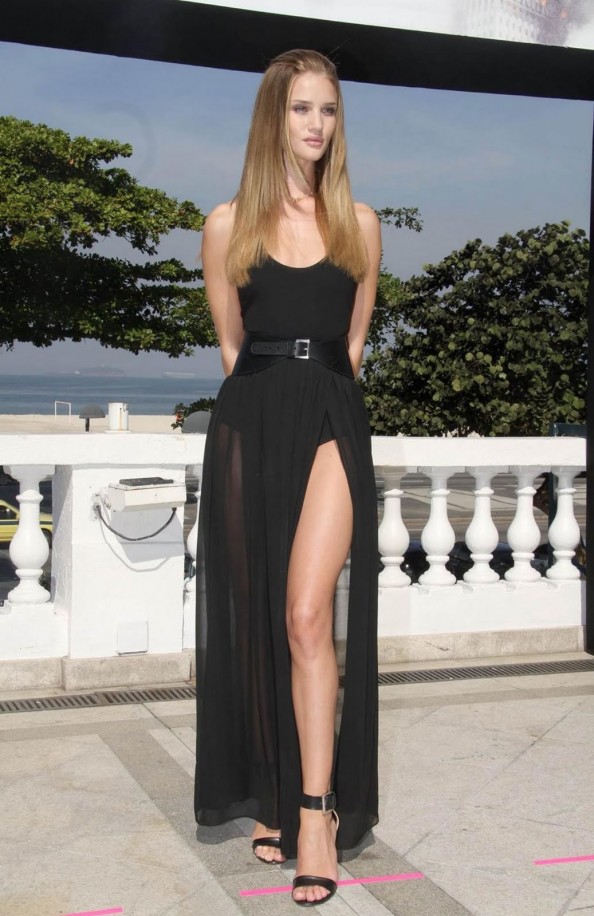 At a press conference for ‘Transformers: Dark of the Moon’ held in Rio, Brazil, on June 20, the model wore a Michael Kors Fall 2011 dress, showing her long legs, paired with an belt from the same collection. 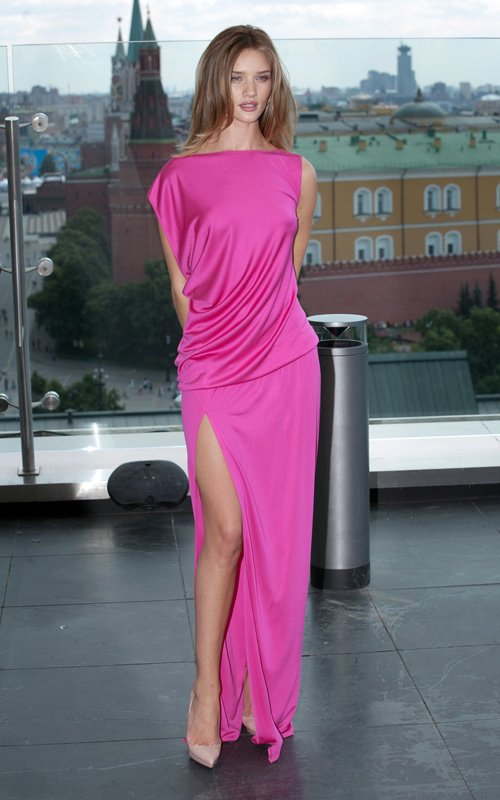 On June 23, Rosie attended a photocall in Moscow, wearing a fuchsia pink asymmetrical gown from the Michael Kors Spring 2011 Collection. She added pink pumps to complete her look. 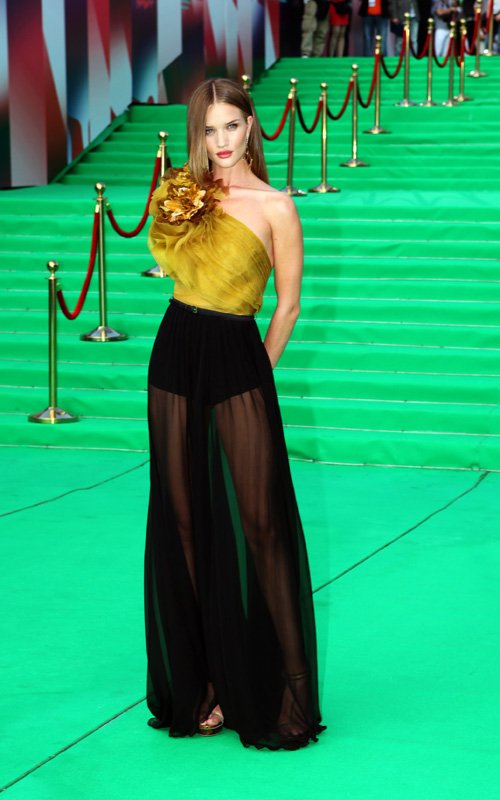 This is, by far, my favorite from all her outfits during the promotional tour. The Victoria’s Secret model opted for a Gucci Fall 2011 gown at the ‘Transformers: Dark of the Moon’ premiere on June 23, during the 33rd Moscow International Film Festival. She looks absolutely amazing, don’t you think? 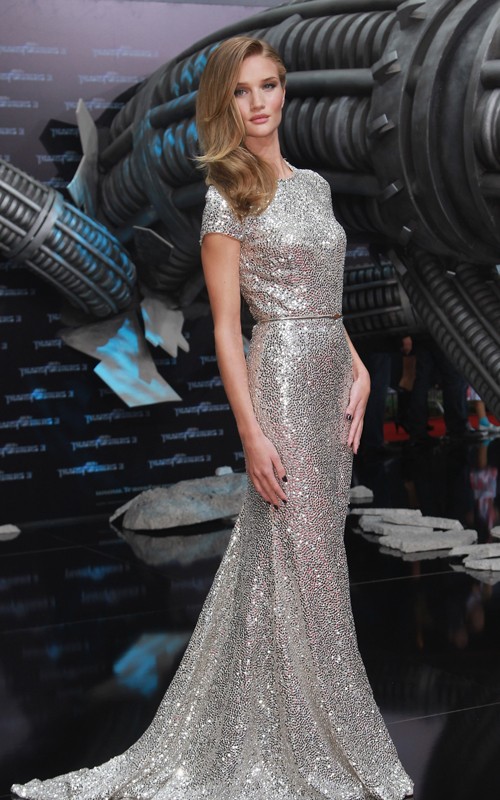 Rosie wore a Naeem Khan Fall 2011 gown at the Berlin premiere of the movie, on June 25. The silver short sleeve gown was accented with a thin silver belt. 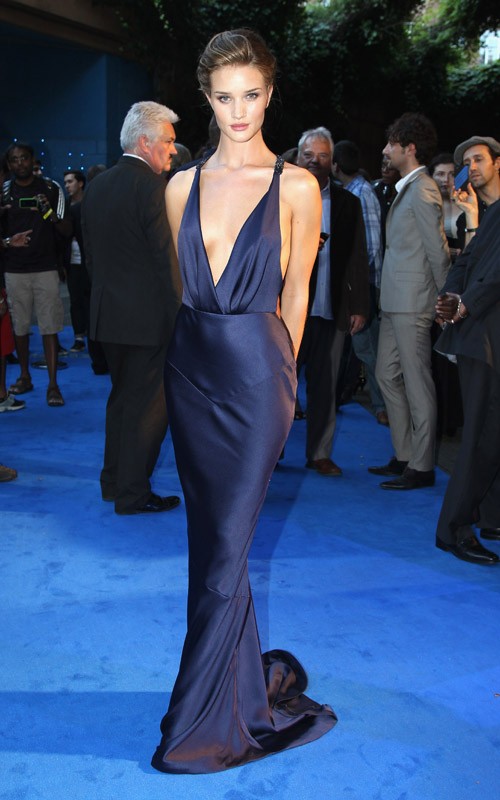 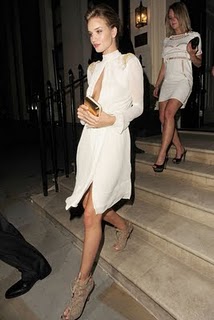 During her time in London, the model also attended an after-party for her first movie, on June 26. She wore Burberry Prorsum Resort 2012 dress with Burberry shoes and a Salvatore Ferragamo bag.

The Row for Regis & Kelly 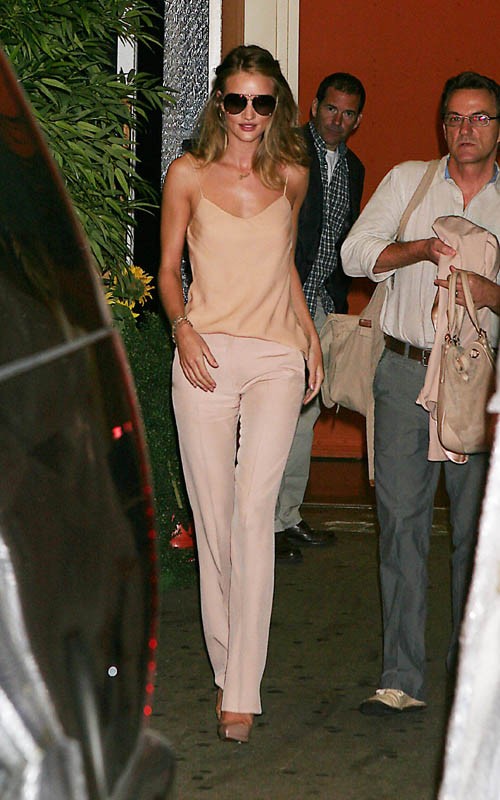 Back in New York, Rosie looked lovely wearing a The Row Spring 2011 ensemble for her appearance on Live with Regis & Kelly, on June 28. She finished her look with Louboutin heels. 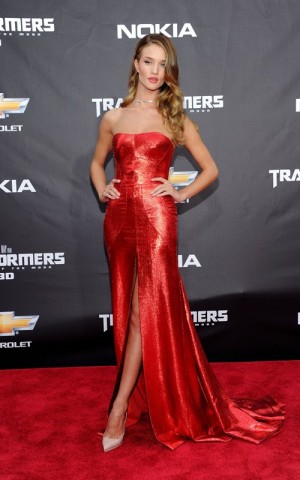 For the New York premiere of ‘Transformers: Dark of the Moon’, on June 28, Rosie opted for a red Antonio Berardi Fall 2011 gown, Christian Louboutin shoes and a custom-made necklace. Doesn’t she look perfect?

So there you have it! Ten looks, ten outfits, ten options. Vote below and let us know which one is your favorite!

[…] seems that 2011 is a great year for movie sequels. Just a few examples would be: Transformers: Dark of the moon, Harry Potter and the Deathly Hallows: Part 2, Pirates of the Caribbean: On Stranger Tides, The […]

[…] Rosie Huntington-Whitley really caught our eye with some stunning outfits for the promotional tour of her first movie, ‘Transformers: Dark of the Moon’, it looks […]

[…] in a Gucci Fall 2011 dress. It reminded me a little of Rosie Huntington-Whitley and the lovely Gucci gown she wore at the Moscow premiere of ‘Transformers: Dark of the […]

[…] a busy month of filming in Chicago, director Michael Bay and the large cast and crew of Transformers 4 appear ready to move on. During their time in the city, the movies entourage has torched cars, […]