The True Reason Behind the Beckhams Naming Their Daughter “Seven”

So ex-Spice Girl Victoria Beckham gave birth to a girl. After naming the first three offspring Brooklyn, Romeo and Cruz, Harper Seven is the chosen name for the popular British couple’s fourth descendant.

Now let’s have a look at Victoria totally failing a reverse-planking attempt whilst still pregnant (a thing that, if succesfully done, would have attracted my deepest sympathy, I must admit): 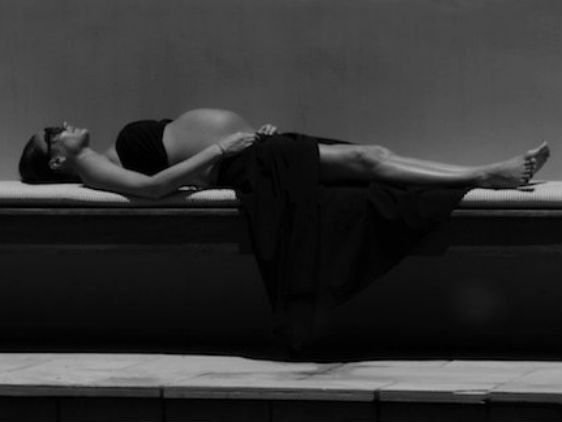 OK, and now let’s get to the actual subject. Wait, what, Seven? Her name is Seven?? What can we make of this?

The symbolism and deep implications rooted in this mystical number given as a name in the Beckham family go further than you’d expect. Further, meaning about 5000 miles from Los Angeles to Manchester. There you will find the Old Trafford Stadium, the place where David had some of the greatest moments of his career wearing the number seven on his shirt. Some say they chose to name the poor kid with this number because she weighs 7 pounds, and was born at 7:55 on a Sunday (seventh day of the week) in the seventh month of the year. But I say hell no, no one can be THAT stupid. So naturally, I’d go for the other, only half as stupid version of them choosing after Beckham’s favorite shirt number. 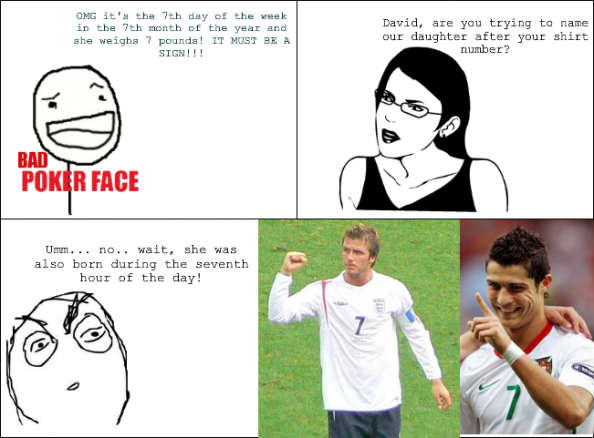 Well anyway, luckily, the poor kid was given two names and will be able to call herself Harper Beckham when she’s old enough to decide that. And if you wanna know some truly weird and ingenious names for children, check out Frank Zappa’s lot, where Dweezil and Moon Unit Zappa (nowadays an actress) totally top the oddball boards.

And then it makes you think, shouldn’t the ability to breed be a privilege reserved only to those who deserve it? Actually, what am I talking about, if it were so, the Beckhams would buy bambino credits every month, just cause they can afford it. Forget I ever said that.