TV on the Radio has been established over the past several years as one of the most critically respected and versatile indie rock bands, attracting praise from a large range of listeners. Everyone was expecting a great album from them in 2011, but this 59 minutes gem is simply a spectacular effort. 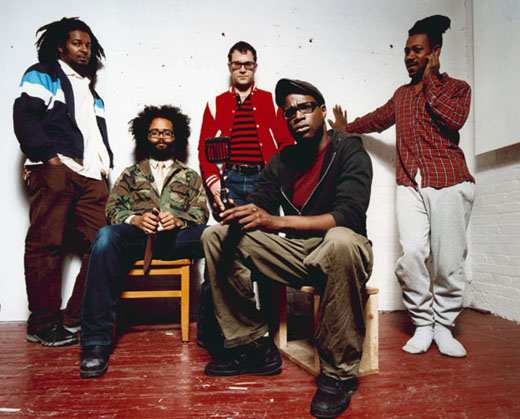 A band that combines funk, electronic music, guitar-based rock, experimental rock, often legitimately labeled under art rock and consisting of a group of accomplished multi-instrumentalists is already impressive enough even just in theory. But actually tags such as these don’t necessarily do them justice and it’s not pretentious at all to say that TV on the Radio have their own subgenre in the vast array of indie rock.

Setting aside their now classic releases  “Desperate Youth, Blood Thirsty Babes” (2004), “Return to Cookie Mountain” (2006) and “Dear Science” (2008), the band was known to have immense potential to live up to the expectations after a year long hiatus. “Nine Types of Light” comes as a 2 in 1 project, being as much an album as it is a movie and boosts their experimental admixture furthermore.

Unfortunately, the album also gains in significance due to the fact that prior to its release, the band’s bassist, Gerard Smith, was diagnosed with lung cancer. He died only one week after the official release, on April 20th.

Although much more of a grower than the other three of their acclaimed LP’s, Nine Types of Light reflects an acquired maturity in songwriting, as well as in attitude. Listening to an album for the first time while also having visual support and enjoying every minute of it is surely an experience I want to have again. 2011 finally has a benchmark!

[…] hasn’t disappointed me one bit so far and if you’re into inventive music it won’t let you down either. So here are 11 albums that you should definitely check […]