After Rosie Huntington-Whitley really caught our eye with some stunning outfits for the promotional tour of her first movie, ‘Transformers: Dark of the Moon’, it looks like Mila Kunis is prepared to follow her footsteps. The young actress looked gorgeous for the New York City premiere of ‘Friends with Benefits’, the movie with the great promo campaign.

I really like Mila Kunis, ever since she played the annoying Jackie in ‘That ’70’s Show’. She then managed to impress me in ‘Black Swan’, so now I look forward to this new comedy, in which she stars alongside Justin Timberlake. I also dig her personal style – she always looks perfect without making it seem impossible.

As far as Mila’s choice of outfits for the promotional tour of ‘Friends with benefits’ is concerned, she made an appearance in ‘The Today Show’ earlier this week, wearing a red Versace fitted dress with a plunging neckline. Her look was completed by a pair of Jimmy Choo pumps and a Dana Rebecca Designs Lauren Joy necklace. 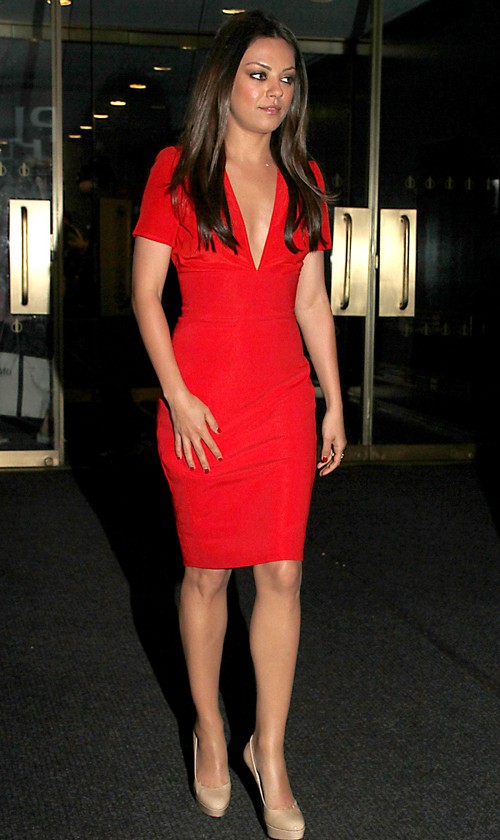 Later on, we were also able to see her in a Roland Mouret dress during the ‘Late Night With Jimmy Fallon’. For this occasion Mila opted for Christian Louboutin pumps which all in all gave her a sort of an office look, which I  personally think suits her. 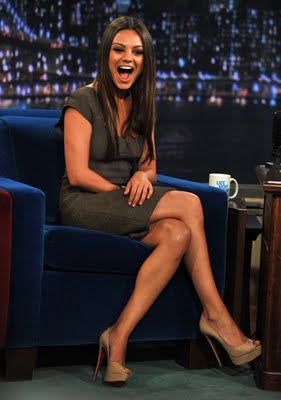 Next, it was time for the actress to look stunning in a Lanvin red dress which she wore for the New York City premiere of the movie. The dress was matched with a pair of simple black satin Lanvin pumps and gold jewels. Red really looks good on her, don’t you think? 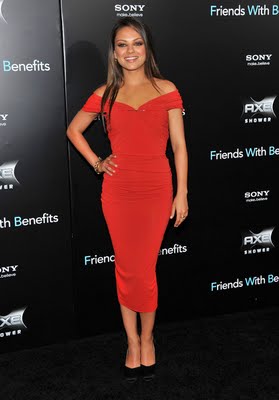 What do you think of her fashion choices so far? Hit the comments and let us know!

5 Talk Show Hosts to Worth Talking About | Mole Empire

[…] Leno is one of the veterans of this business, and the sixth host of the long running late night talk show. He took the realms of the show after Johnny Carson’s resignation in 1992, and is, in fact, […]