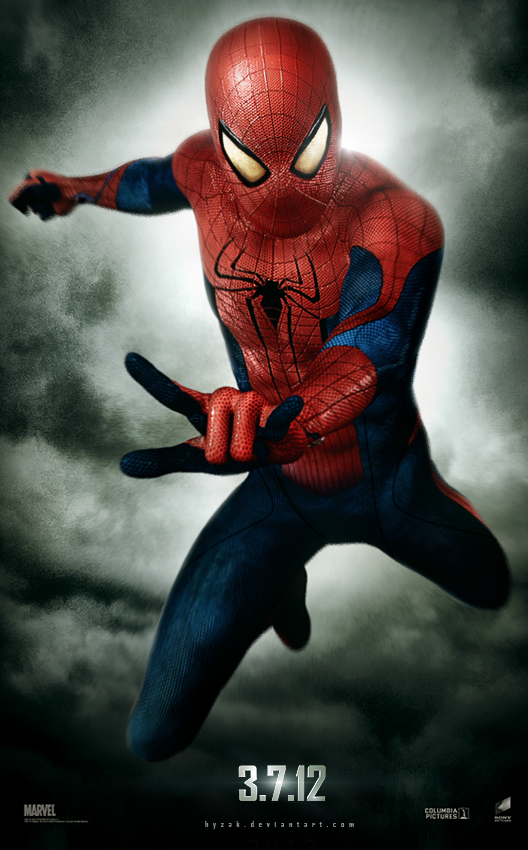 Photo from hyzak on deviantART.

I’ll admit it, I’m a huge Batman fan, but that doesn’t mean I don’t like all the other charming super-heroes. Especially Spider-man, with his awesome costume and gracious moves.

‘The Amazing Spider-Man‘, the latest Spider-man movie or a reboot, as some call it, will hit theaters on July 3, 2012 and will star Andrew Garfield as Peter Parker and Emma Stone as Gwen Stacy. Two of my favorite young actors.

The teaser trailer for the movie has just been released and it looks pretty awesome. Almost more awesome than Spiderman 3 (insert evil laughter here).  ‘The Amazing Spider-Man’ will be directed by Marc Webb, also responsible for the lovely ‘(500) Days of Summer‘. Besides Stone and Garfield, it also stars Martin Sheen, Rhys Ifans, Denis Leary, Campbell Scott and Sally Field.

I, for one, am really excited. Check out the teaser trailer below. Do you think Garfield will be a better Spider-man than Tobey Maguire? I sure hope so.