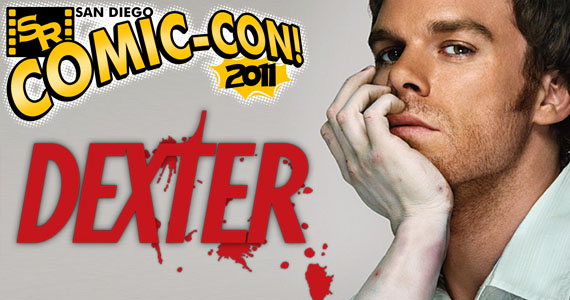 San Diego, California. For the last days ground zero for all comic book, TV shows and movie fans that could afford the trip and didn’t forget to register in time. Yes, Comic-Con just happened.

I was all eyes and ears during the convention, eager to hear something new about all my favorite TV shows, scheduled to premiere new seasons in the fall. And I wasn’t disappointed.

At the ‘Dexter’ panel, a brand new season 6 trailer was released. A great one, in my humble opinion, which made awesome use of Depeche Mode’s ‘Personal Jesus’. And which made me miss the show even more.

This autumn, Dexter will make you a believer. Apparently religion is thrown into the mix,  the producers hinting that Dexter will have to provide some spiritual guidance for his son, Harrison. And he doesn’t really care for that. ‘Dexter knows what he doesn’t want to pass on to Harrison, so he starts this journey that snowballs into a huge evolved plot for the season. It’s initiated by his desire to define faith … which is by it very nature, undefinable. It’s done in true Dexter style so it’s a lot of fun’, executive producer Sara Colleton said.

Other highlights from the panel below:

What do you think about the trailer and what are you most excited about when it comes to Dexter’s sixth season? Hit the comments and let us know!