After giving birth to her sixth child last Monday, Ms. Lauryn Hill is ready to re-engage in her musical activity and holds the wild card at the L.A. Rising festival next weekend. Other names performing at the unique one day event will be Rage Against the Machine, Immortal Technique, Muse and Rise Against. 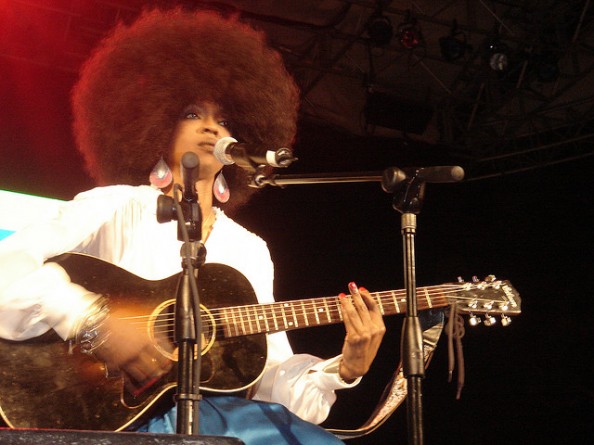 While her live performances have altered from great to dreadful in the past decade and a Fugees second reunion is no longer plausible in any way, maybe besides rocking the scene with Zack de la Rocha it’s also time for a sophomore release.

I mean, I can understand that delivering six children that will inherit the name of Marley (her husband is Bob’s son, Rohan) can be spiritually uplifting enough to quit the spotlight, but maybe she does owe her fans a true come-back, not just a pack of choked down prologues.

As a Youtube user called her in a comment on one of her videos, “The Female Tupac” has been out of the scene and out of the public’s eyes for so many years that nobody actually expects a second album anymore. For 13 years her record company has been saying repetitively that she has “a library of unreleased material in the vault”, but nothing truly tangible was released. So let’s just hope that she got bored of carrying babies and performing from time to time like a mercenary and she will eventually come up with a solid follow-up after “The Miseducation of Lauryn Hill”.