What They Wore at the World Premiere of ‘Cowboys and aliens’

I’m so excited about this movie I can’t even describe it in words. I mean, we have cowboys fighting aliens, and we also get to see the lovely Olivia Wilde on the big screen. What more could you ask from a summer action flick?

Although ‘Cowboys and aliens’ will hit theaters on July 29, the world premiere of the movie happened during the 2011 Comic-Con. And the stars looked pretty good, dazzling on the red carpet. Let’s see what the gals wore. 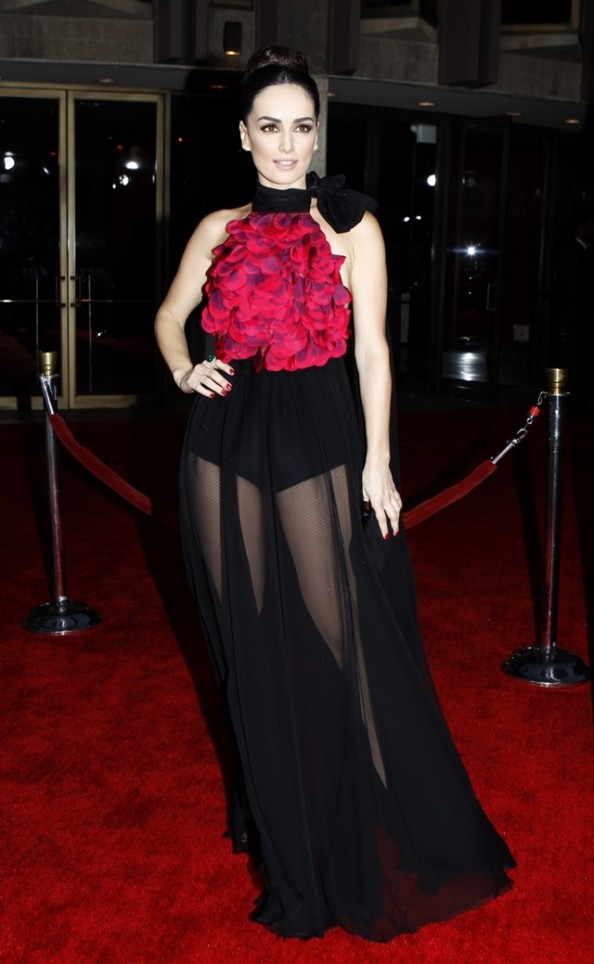 Ana looked stunning at the premiere in a Gucci Fall 2011 dress. It reminded me a little of Rosie Huntington-Whitley and the lovely Gucci gown she wore at the Moscow premiere of ‘Transformers: Dark of the Moon’. 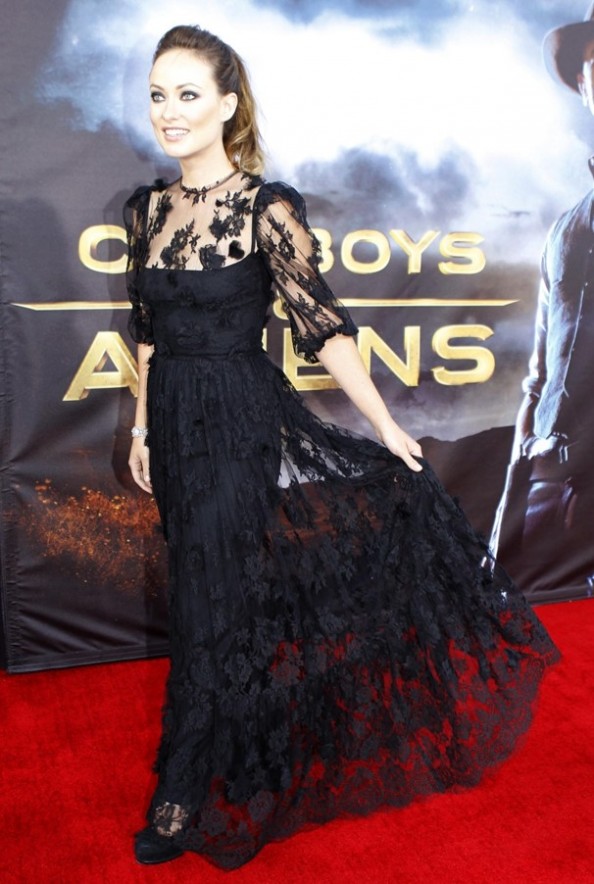 I’m a little in love with Olivia, after seeing her in ‘The O.C.’ and ‘House’, and I always love the way she looks on the red carpet. My favorite is still the Marchesa dress she wore at the 2011 Golden Globe Awards. This time, she opted for a Dolce & Gabbana black floral embroidered gown. 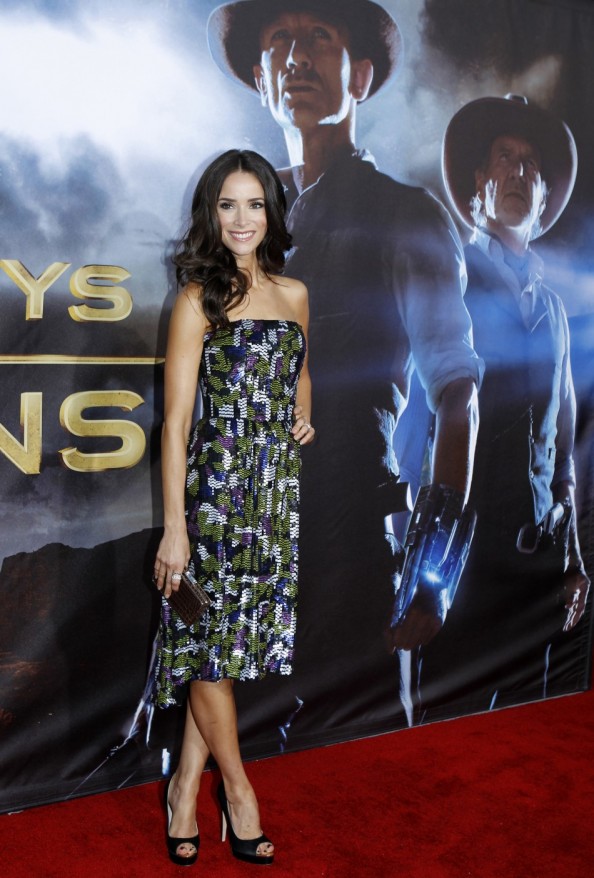 Abigail joined Olivia and Ana on the red carpet, wearing a strapless Oscar de la Renta Fall 2011 dress. She opted for minimal accessories and let her hair down, which I think completed the look in a great way. 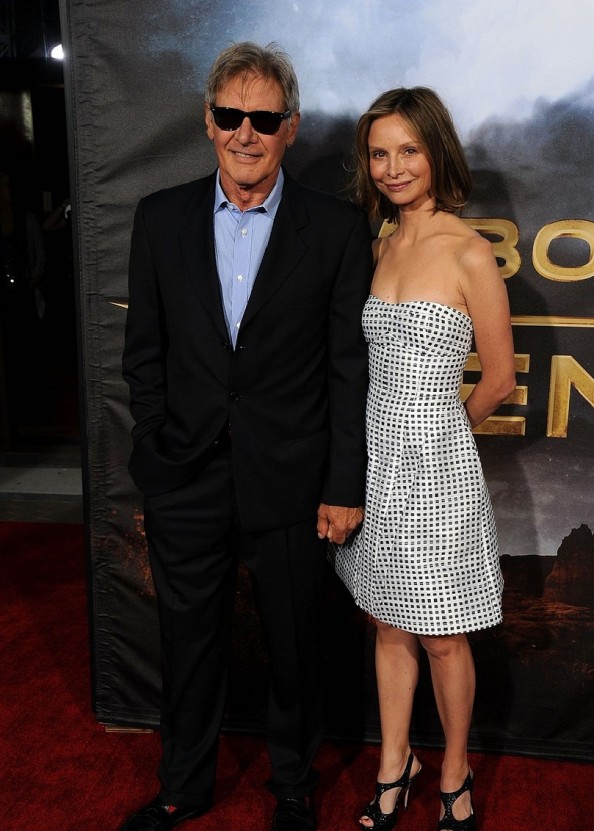 Calista also went strapless for the world premiere of ‘Cowboys and aliens’. She opted for an Emporio Armani dress and joined her husband, Harisson Ford, on the red carpet. 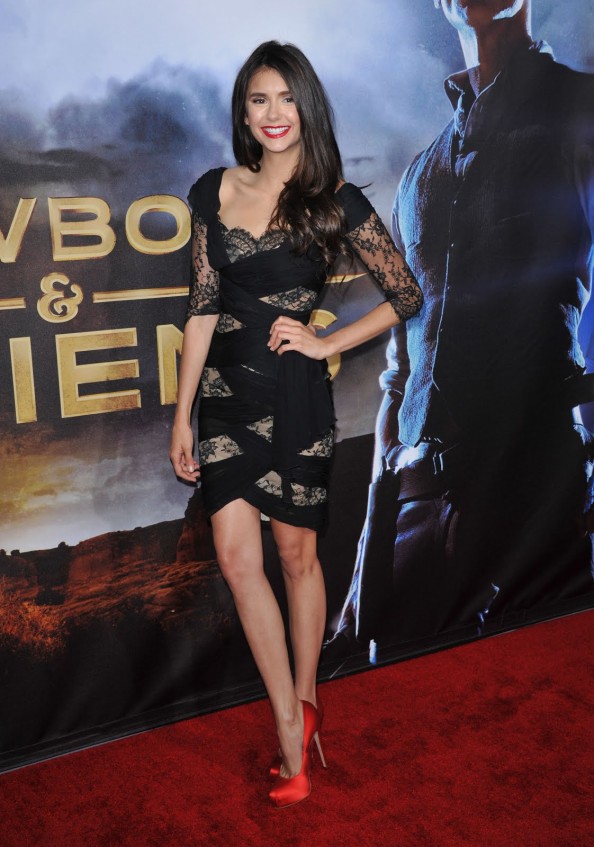 Who do you think looked best at this glamorous premiere? Are you excited about the movie? To refresh your memory, you can watch the trailer here.