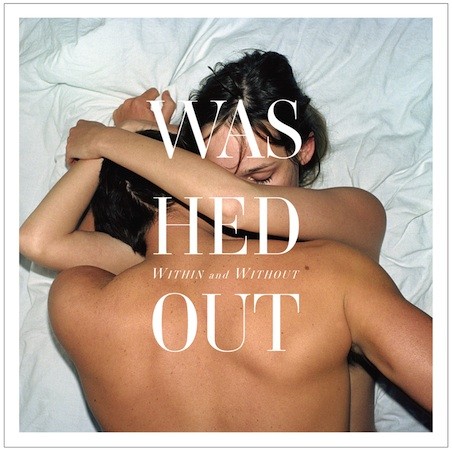 Were you looking for the perfect summer album this year? Well here it is. Featured by Weird World, part of the famous Domino Records in the US and by the Sub Pop label in the UK, Washed Out is the project everyone’s eyes were on for the release of a debut LP.

Here’s a video of a song taken off a previous EP, for the still unacquainted with Washed Out:

As it says in the video’s description: “This fan-made video for ‘Feel It All Around’ captures the ubiquitous spirit of ‘that perfect summer day’. Nothing short of gorgeous: ethereal, lilting vocals + ingenious sample work + mellifluous synth arrangements”

Atlanta, GA’s Ernest Greene, better known as Washed Out had stirred up a great amount of interest with the EPs he’s released over the past few years. A sound that blends the balearic dimension of chillwave with candy-ass 80’s nostalgia is what he made us expect and also what we got. “Within and Without” has sex on the cover and it’s recorded with acclaimed producer Ben Allen (who has previously worked on great records such as Animal Collective’s Merriweather Post Pavillion, Gnarls Barkley’s St. Elsewhere and Halcyon Digest by Deerhunter). So, expect greatness.

a bit of rym greatness: