Following her death in her Camden apartment, fans all over the world seem to have gone on a Winehouse listening spree. Scrobbling service Last.fm shows that user habits have drastically changed in the past week concerning her music. 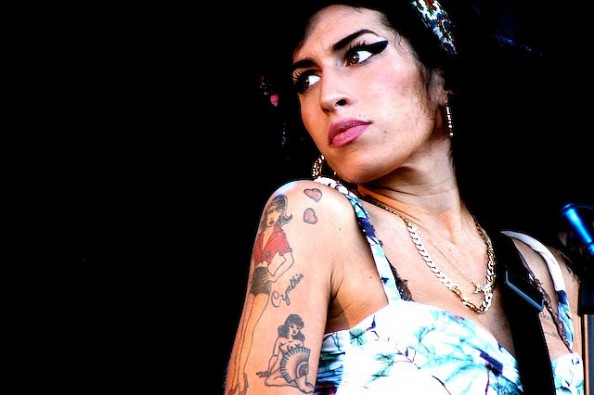 Although her scrobbling numbers are increasing now, just prior to her death, listening to Amy wasn’t as popular as in other times. Mostly due to one of her latest incidents in Serbia, July 2011 was a declining month in the Last.fm charts. Not for long, though, for after her death her daily listeners increased from about 5,000 to 35,000 in just a couple of days.

With the “help” of her death, Amy Winehouse has climbed now to having more than 50 million scrobbles on the popular UK-founded site and statistics show that grief-listening is stable at the moment and ongoing. 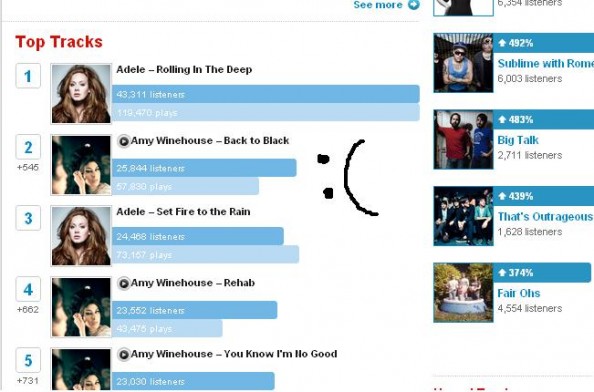 “Back to Black” is the most popular song of her post-death era, coming close to 5 million scrobbles alone. The song’s page has been invaded by fans leaving “thank you” and “RIP” messages in the already traditional way of the Internet after a celebrity’s death. Even so, having the singer’s death as a trigger, “Back to Black” fails to be at the top of the weekly most hyped tracks, and it’s overshadowed by Adele’s “Rolling In The Deep”.

But hey, at least she was beautiful.

And also, wherever her soul might be now, Amy should be happy that she has a bunch of faithful fans, ready to listen the sh*t out of her albums. All they needed was some death to spice things up, wasn’t it?

[…] the regretful death of Amy Winehouse, fans and other people who were surprised by this sudden event started creating various portraits […]