The Harry Potter series has come to an end, after over a decade which brought you a great story told in 8 movies, an entire magical universe, and role models such as Daniel Radcliffe, Rupert Grint and Emma Watson. Now that most of you have already seen Harry Potter and the Deathly Hallows: Part II and know how the epic saga ends, it’s time to look back at one of the most memorable characters from the series. Teachers in Hogwarts have had their share of oddities and bizarre personalities so let’s see who were mostly remembered, either for the good or for the bad. 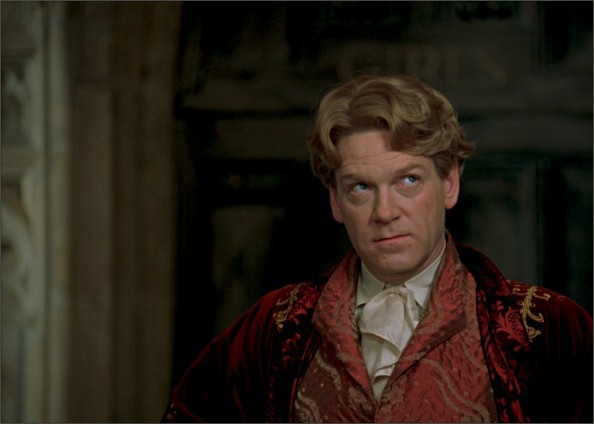 An antihero cursed to take the position of Defense Against The Dark Arts who manages to screw things up in an epic way is without a doubt Lockhart. Narcissistic and vain, desperate for fans and attention, I mentioned him here because I think his personality is often met in real life. Persons taking credits for what they did not do, and people stealing other people’s fame is very common. However, in the beginning I really got kind of fooled by Lockhart’s charismatic appearance, but soon I realized he is indeed a fake. His appearance in the Chamber of Secrets is quite enough, it would have been a bit too much to see him in the other episodes as well. And he really deserved that memory erased. 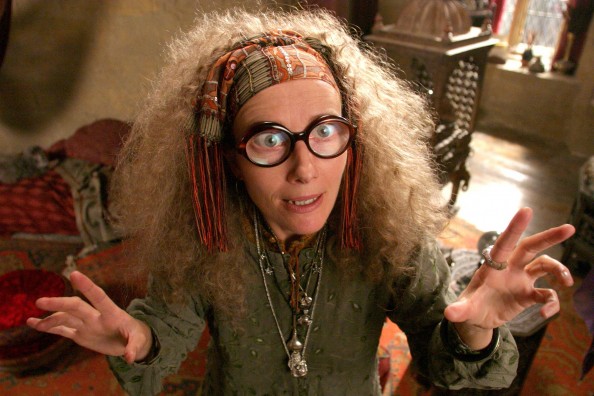 Considered a fraud at a first glance, just like Gilderoy Lockhart, the Divination professor does not inspire much credibility. Her predictions about the death of a student at the beginning of each year and her mumbles and strange appearance made even the Hogwarts staff to doubt her abilities, but after all she is the one who made the prophecy about Harry Potter being the wizard to defeat Voldemort. Another thing she takes credit for is the prophecy of Voldemort returning. I doubt sincerely if she should take credit for her predictions, since all of them happen as she is in a trance, however she resides on the good side and is kind of creepy, but in the good, funny way.

At first I didn’t have any intention to include the pink irritating witch in the top, but then I thought that I will always remember how much she annoyed me, both in the movies and the books. She’s definetely the perfect example of how not to be a teacher and I guess that’s what she’s worth mentioned for. Her ways of forcing her authority, her painful and cruel methods all masked by a fake smile and colorful outfits make her one of the most hated characters both by the students and the staff from Hogwarts, but most of all by fans. She eventually gets what she deserves, as all the bad guys from the series. 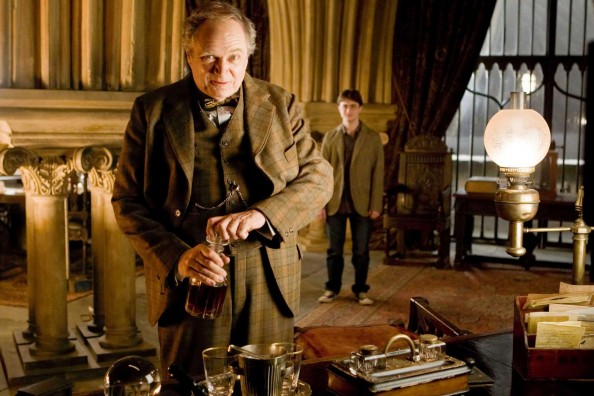 Despite his favoritism of students and tendency to live a comfortable life, Slughorn was a cool teacher in Harry Potter and the Half Blood Prince. He eventually returned to Hogwarts for Harry and the memory of his mother Lily, and was the one that handed Harry Snape’s old Advanced Potions book, which eventually was a lot of help to the hero. Even though he was the one who shared the valuable information of Horcruxes to Tom Riddle, he was feeling very ashamed about it. In Harry Potter and the Deathly Hallows: Part II he proves that he is on the good side, fighting with the other staff against the Death Eaters.

Paranoid and a bit mentally unstable, Moody is the image of courageous wizard who gained his reputation of one the most famous Aurors through his acts of bravery and numerous fights. Although we don’t get to see his real personality, because he is kidnapped by Barty Crouch Jr who is disguised as him using the polyjuice potion, he does teach Harry valuable lessons about curses and eventually he protects him and dies while being attacked by Death Eaters in Harry Potter and the Deathly Hallows: Part 1. 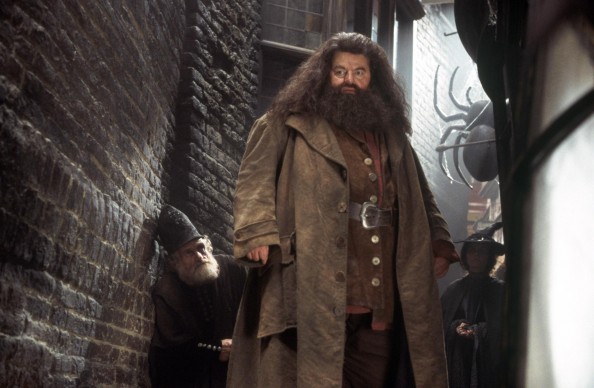 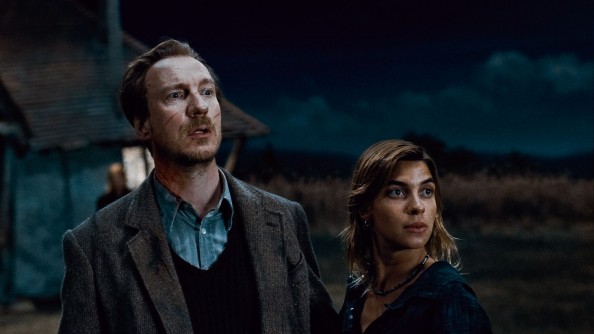 If there is one teacher with a hands on style, that is certainly Remus Lupin. He’s actually the one who taught Harry to cast the Patronus spell, so that he could protect himself from the Dementors. Eventually, his werewolf condition has him removed from the Defence Against the Dark Arts Class, but he was certainly the most enjoyed professor to teach this class. Not to mention the fact that he was a friend for Harry and looked after him until the end. Plus, things turn out well for him, marrying Tonks and having a boy. 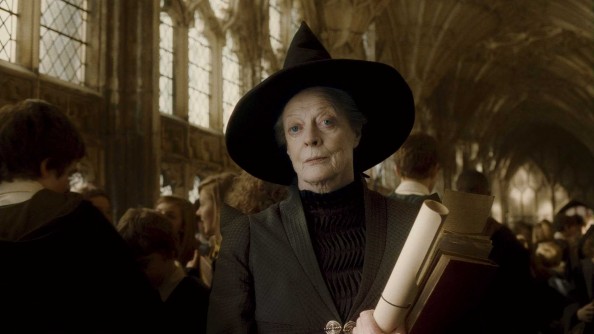 The Transfiguration teacher and Head of Gryffindor House is another noble character that is on Harry Potter’s side right from the beginning until the end. Her courage in the fight from the Deathly Hallows shows a big commitment and trust as she tries to do anything she can so that Harry can fulfill his mission set for him by Dumbledore. I also like the way how she is devoted to the safety of the school and children and how she manages to be respected and feared without using cruel methods. Also, she does not forget to give point and be kind to those who have earned the right. And she gets to transform into a cat. How cool is that?

One of the most beloved characters in the series, Dumbledore stands as an image of stability and friendship, being always on Harry’s side. I love how he manages to keep him out of trouble, but also how he shows him the right path. His death at the end of the series leaves Harry a bit confused, but eventually the hero manages to do great on his own. Dumbledore’s good intentions and his power – he was feared even by Voldemort – make him a remarkable character. His strength and commitment to Harry is revealed until the end when he plans his death together with Snape. Also, his appearance on the white platform in the train station is another proof of his wise advice. 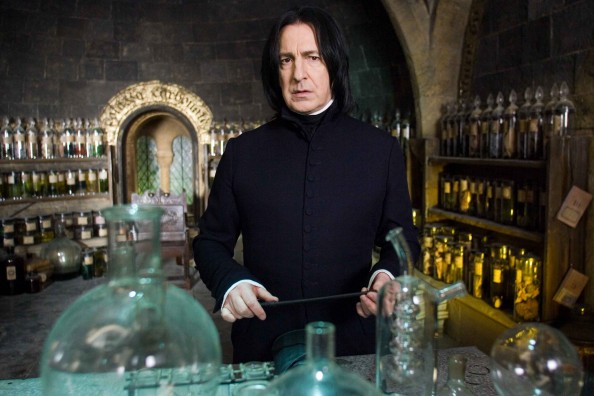 Severus Snape is by far one of the most intriguing characters in the book/movie. One moment you love him for his fine irony, the other one you hate him for his hostility towards Harry. I must confess that he gained my respect in the last movie, where after his dead his dual and ambiguous role and the fact that he was actually on the good side is revealed. I guess that’s always how it is with truly remarkable characters: you always come to appreciate them after their dead, or after the movie/book is over.

Anyway, besides the fact that Snape is portrayed as the perfect villain, it’s impossible not to notice the complexity of his character. Love the way how he manages to gain his continuous battle for power and evolves from Potions teacher to the much desired Defence Against the Dark Arts and finally to Headmaster in the final movies. In the end, he proves to be very noble by sacrificing himself for Harry Potter, which he did not like so much after all.

Which Harry Potter teachers are you particularly fond of? Do you agree with our top? Feel free to cast your personal top in the comments.

[…] personalities so let’s see who were mostly remembered, either for the good or for the bad… Here are the top 10 most memorable Harry Potter professors.” w/ […]

Mythological Creatures You Could Impersonate this Halloween | Mole Empire

[…] are one of the most loathed creatures in the Harry Potter world. They were the guardians of the Azkaban prison and they are well known for the Dementor’s […]

i totally agree with the part regarding Snape, I hated him, but after I read the last book, o well I felt really sorry for him, but he was a great character

yes, lovely how unexpected it turns out in the end.

thanks for the memory refresh! 🙂