Four Social Networks and Four Songs to Represent Them 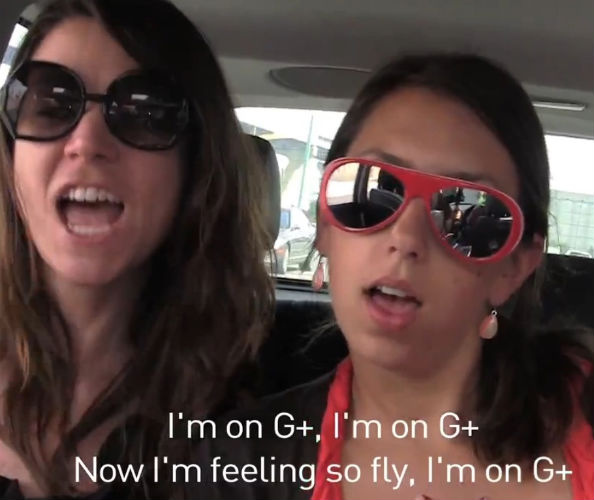 You probably all know by now the hundredth of Hitler parody videos out there, all adding funny subtitles to a (now) worldwide known scene from the 2004 movie ‘Der Untergang‘, making fun of everything, from events to the Harry Potter movies. Well, apparently it’s also fashionable to sing or, in some circumstances, rap about social networks.

Or at least that’s what I discovered after watching ‘I’m on G+’, the latest viral video that hit the web after the launch of Google+.  Throw in some hot girls and sing about circles, drag and drop and +1, and people are definitely starting to talk about you. You, in this case, being Hanson Dodge Creative group, responsible for this disturbing, but oddly catchy tune.

Of course, Google+ was only the latest social network to gain popularity through such means. Although if I think about it, it’s actually the singers that deserve all the credit for believing that a social network parody song will bring them the fame they always dreamt about. Even if sometimes hearing them makes me reminisce about Rebecca Black‘s ‘Friday’.

‘Sit on my Facebook (Internet Love Song)’ by The Scribes has over 240,000 views on YouTube and it basically refers to all social networks out there. A tribute to all things internet or, if you prefer, a social media anthem for nasty nerds like us. ‘Cause baby you digg me and I love YouTube.

‘Follow me on Twitta’ is another fine example of attempted viral social network self-promotion. It only has a little over 6,500 views, but I remember the day it was launched and the fuss it made back then. For about three minutes I was actually interested in whom Jamie Hall and Taylor Roberts, the singers, were.

Finally, let’s not forget the Foursquare rap. Because badges are all that matter.

Yes, they only appeal to a certain public – the internet enthusiasts – and I can sincerely say that all the songs listed above are… well, half bad, but you have to admit they’re catchy. And their appeal stands mostly in the lyrics and less in music talent.

Do you think they’re actually good for the social networks (all publicity is good publicity and all that) or maybe, instead, they are shamefully representing them, misleading the novices and making them have second thoughts about the social world they just entered? Hit the comments and let us know.

Bonus: God, please tell me this really is a parody. Who could take this seriously?

[…] this’ll spread furthermore and soon chicks you know will acquire mouth-open Internet fame. If you’re a girl and you’re reading this, please do some Power Drymouthing, take a pic […]

[…] new level with the first ‘social series’, ‘Aim High’, to be launched on the social network at the end of October. What exactly does that mean? Well, according to Warner Bros., the new series […]