Kings of Leon Documentary to Air on Showtime 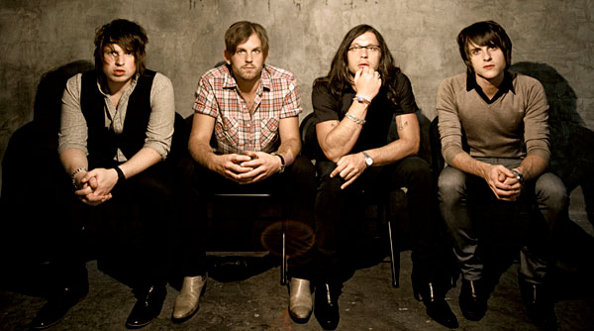 If you haven’t heard yet, Kings of Leon have their own documentary: ‘Talihina Sky: The Story Of Kings Of Leon’. The film presents the band’s entire career, looking back at their roots, childhood and rise to fame.

Back in April, the band premiered their documentary for a few lucky people during the 2011 Tribeca Film Festival. Now it’s your chance to take a look at Kings of Leon, behind the scenes, as ‘Talihina Sky: The Story Of Kings Of Leon’ will air on Showtime, Sunday, August 21 at 10 PM ET/PT.

Director Stephen C. Mitchell revealed the film to be

A fascinating insight for fans and non-fans about a group of musicians who will never forget their strict Pentecostal upbringing or rough-and-tumble back-country roots.

Check out the trailer below and let us know what you think. Are you excited about the documentary?

[…] absurd, therefore funny” escape on this, but nevertheless, it constitutes a major flop in his musical career. He probably thinks if Mozart had canons about ass-licking, why wouldn’t he make an ass of […]