Hurts Concert Streaming Live on the Internet on August 13 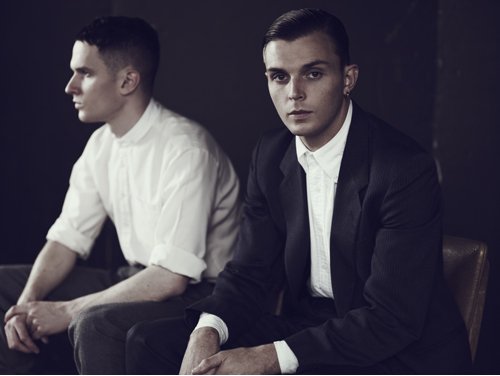 Hurts is a refreshing synthpop duo from Manchaster, formed by singer Theo Hutchcraft (24 years old) and synth player, Adam Anderson (27 years old). After the amazing success of their single Wonderful Life which came out at beginning of 2010, their debut album Happiness, released later on that year, was extremely appreciated for its fresh sound and catchy lyrics. Soon after that, their UK 2010 tour was sold out.

The British band has also performed at major music festivals across Europe and the UK. So far the duo has been or will be performing at festivals such as: Isle of Wight Festival, Glastonbury Festival, Open’er Festival, T in the Park, Rock am Ring/Rock im Park, Latitude Festival, V Festival, M’era Luna, Pinkpop Festival, Rock Werchter, Oxegen, Elevation Festival and Positivus Festival in the summer 2011 but I’m sure that there are many more to come, since they are already considered a great live-performing band.

Saturday, August 13 2011, the band will hold one of their biggest concerts so far, which will take place at Zitadelle Spandau in Berlin/Germany. In order to celebrate this event, the band decided to stream their live concert on the internet starting with 7:45 PM GMT – that’s 3:45 PM Atlantic Time / 12:45 PM Pacific Time. Enjoy the show:

I like this site it’s a master piece! Glad I noticed this on google.