After watching a lot of Hollywood flicks, you eventually catch on with what’s about to happen and how the movie will end. The boy gets the girl, the villain gets punished in some way or another and the ending credits will roll with some happy pop song as soundtrack, meant to cheer you up, so that you actually leave believing you had a good time.

But beside these obvious endings, we still have some cliches a lot of people are tired of. For example, don’t you just hate it when the villain has the hero (his archenemy, obviously) at gunpoint, but instead of shooting he just starts a boring monologue about all the ways he plans on torturing him? Of course, by the time he’s done, the hero would have found a clever way to escape.

Also, I have always been fascinated with the way geeks are pictured in movies. They somehow end up cracking some complicated alien computer or hacking into some super-secret government database. When will all know that usually the average geek can just code and fix printers. But if there’s a geek in a movie, he shall definitely play a major technology related part in saving the world.

Six annoying cliches like these were illustrated for the New York International Latino Film Festival, taking place August 15 – 21. I just love the message, the tag line (Watch films, not movies. There is a difference), and the style of these posters.

Which other movie cliches you think should have been taken into consideration? 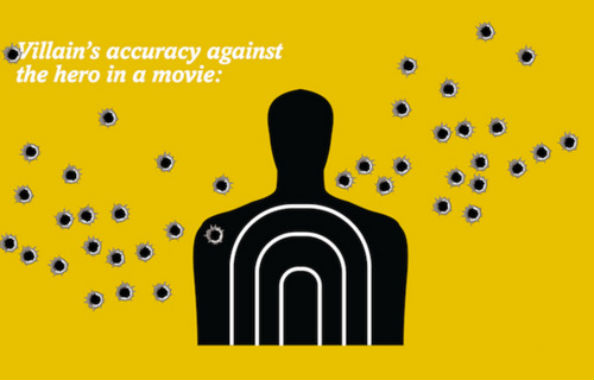 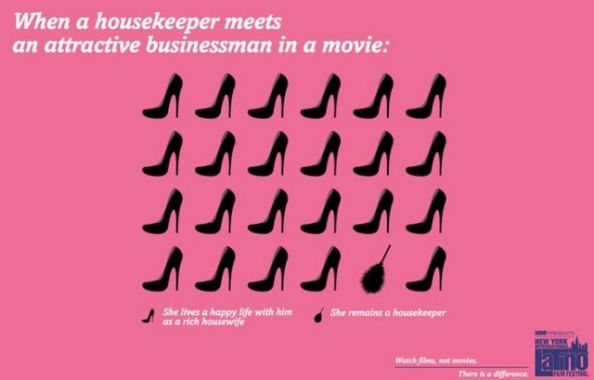 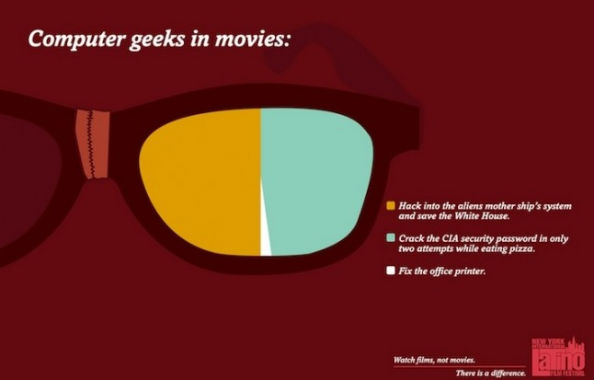 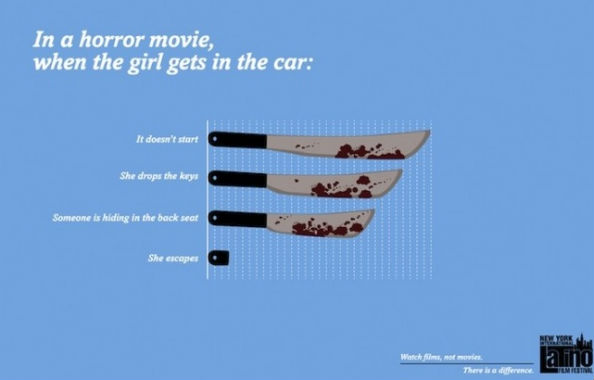 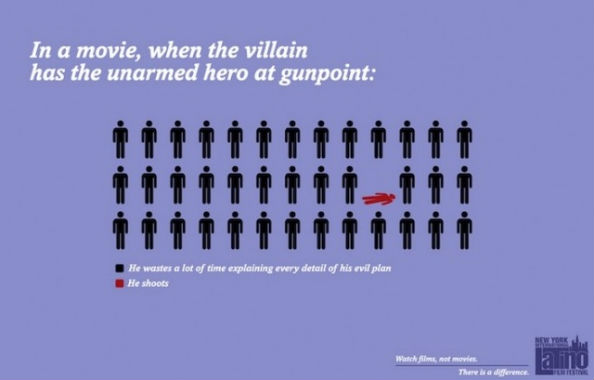 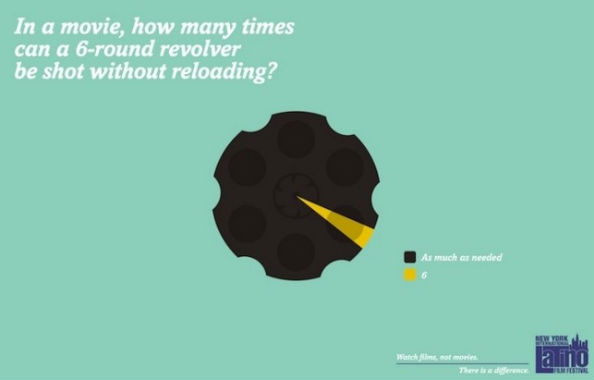 Illustrations from Fresh or Phersh

lol! I loved this, I could have added: Chances of car exploding on impact, 90%!