How to Become an Obnoxious Mod in Five Easy Steps

While hipsters have been pushing barriers of douchebaggery to new standards in the past years, something of an even greater annoying force is waiting to arise. For the third time in history, it’s mod revival time!

Mod (from modernist) is a subculture that originated in London, England, in the late 1950s and peaked in the early-to-mid 1960s. Significant elements of the mod subculture include fashion (often tailor-made suits); music, including African American soul, Jamaican ska, British beat music, and R&B; and motor scooters. The original mod scene was also associated with amphetamine-fuelled all-night dancing at clubs. There was a mod revival in the United Kingdom in the late 1970s, which was followed by a mod revival in North America in the early 1980s, particularly in Southern California.

Sounds tempting, right? Imagine the hipsters’ faces when they realize they’re not the most annoying breed of elitist scum anymore. Just let yourself flow with the ridiculously cool avant-garde wave of mods and be one yourself. In a vintage sort of way.

Get rid of all that sh*t you’ve been using as means of locomotion and get yourself a scooter. You will be living most of your life on it from now on. 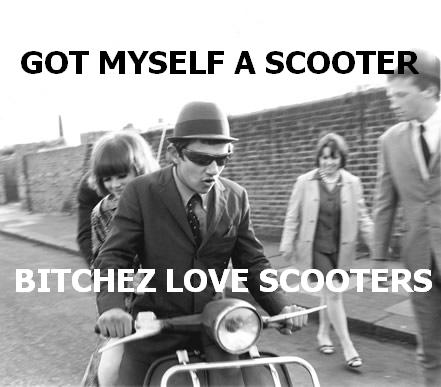 Fill that thing up with mirrors. A mod must be the most self-aware person there is. Being self-aware of your own coolness is great, as while you see it in the mirror, you get even more confident. So basically it’s perpetuating to infinity if you’re doing it right. 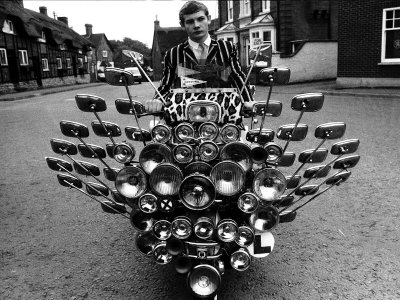 Pose in public in as many uncomfortable positions as you can. Preferably on your scooter and while smoking. People will stop and ask “whoa! how does he do that? I bet it totally hurts his back, but still he manages to pose so cool!”. 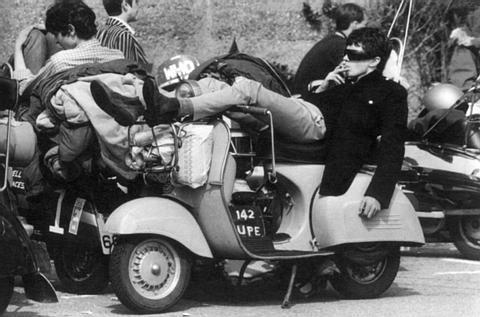 Go to protests. Causes of protests are of no importance whatsoever, you can even invent a protest with your gang, if you have to. You just need to be loud, in a large group and to shout your guts out. Maybe burn some random things too, like cars, houses, or dispensable elders. Looting might have become so last Tuesday already, so I would wait a couple of decades before doing it again. If you’re lucky enough you’ll be featured in a picture on theatlantic.com and get worldwide fame. The system must be stopped! 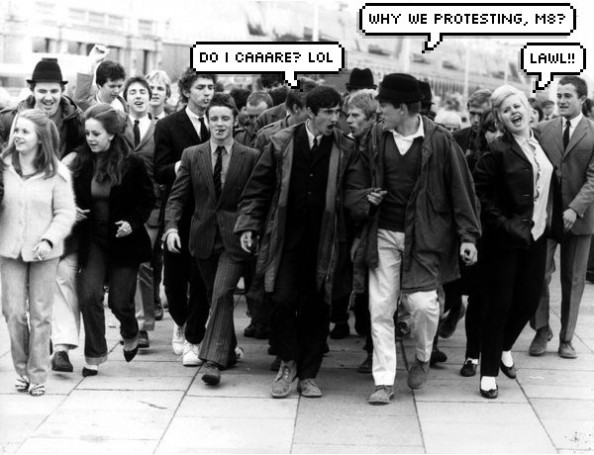 Get into a random fight in public with your best friend. That’s to get yourself tagged forever as an incomprehensible and absolutely complex individual. People will never know what to expect from you, so from then on you may also slap them from time to time and immediately say “sorry, I’m bipolar” afterwards. 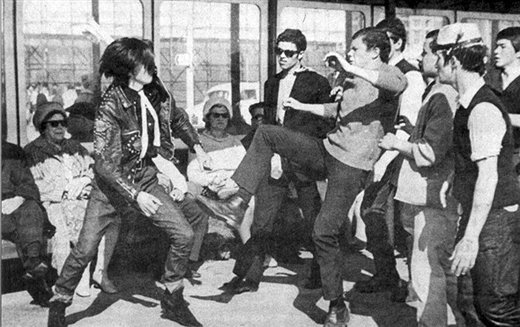 Thus, your training will be complete. Now all you have to do is ask your dad to fund this operation (clothes can get quite expensive) and start listening to a lot of The Specials. Lament every day about your city and the people living in it, whilst contemplating on the old times with this song on:

[…] This granny has been acting cool since long before any hipsters were born. […]