It is well known that supermodels always have to be in great shape for the runway shows and all the fashion campaigns they take part in. Even so, at one point, as so many other women they want to get married and start a family. But unlike other women, they have to stay fit if they want to keep their million-dolar contracts. Easy to say, harder to achieve, but not impossible.

Brazilian model Adriana Lima (30 years old) and her husband Marko Jari?, a Serbian basketball player, have welcomed their baby girl Valentina on November 15 2009. Considering the fact that a pregnancy is always troublesome if we think of the extra weight women usually gain… she did an excelent job at getting back in shape and she successfully continues her career as one of the Victoria’s Secret angels. Furthermore, in 2010, she was named the second best-looking woman in America by Esquire magazine. 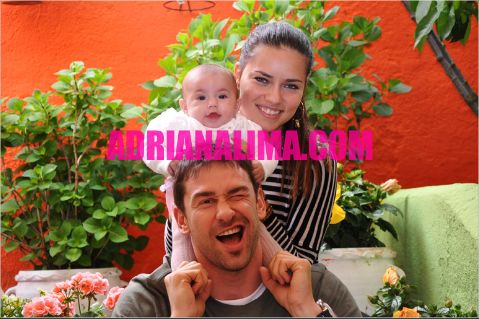 Family photo posted by the model on her website adrianalima.com 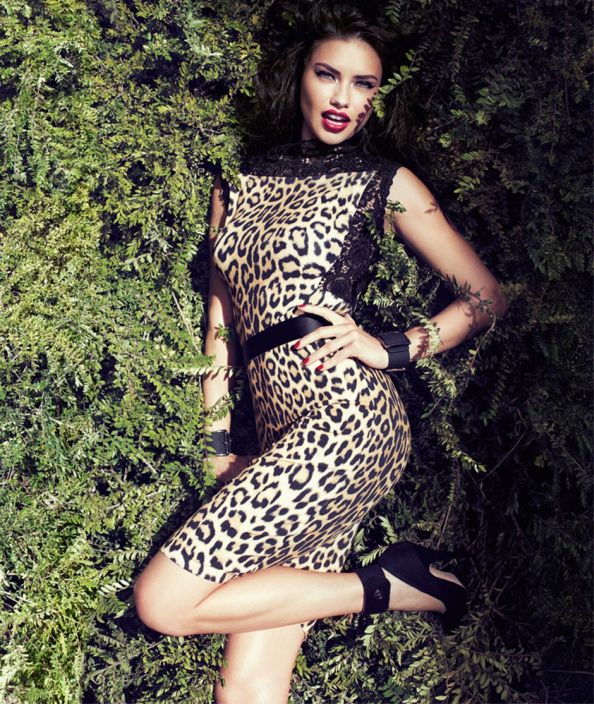 Photo from the Blumarine 2011 Campaign via Fashionising

Brazilian model Gisele Bündchen (31 yo) and New England Patriots quarterback, Tom Brady, welcomed their son Benjamin Rein in December 2009. World’s highest-paid supermodel, Gisele is now back on the Victoria’s Secret team in great shape, also honouring her other fashion contracts while being a mom. 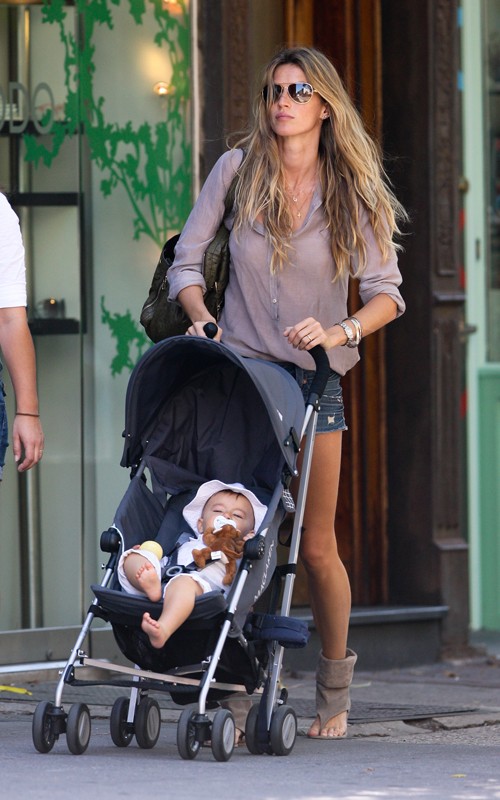 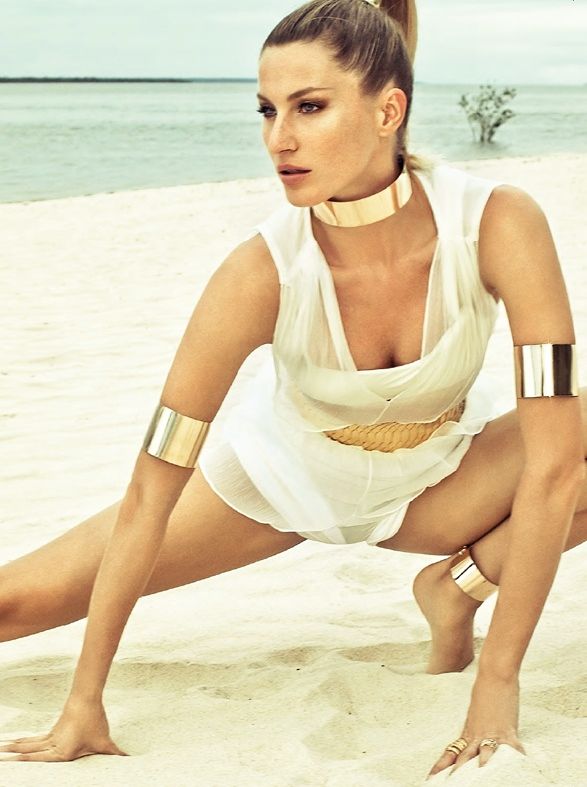 Australian supermodel Miranda Kerr (28 yo) and hollywood actor Orlando Bloom have a lovely son, Flynn Christopher Blanchard Copeland who was born on January 6 2011. Nedless to say, the Victoria’s Secret angel was back on the catwalk only 2 months after giving birth, walking the runway at the Paris Fashion Week. I don’t know how she did it but she looks amazing — you can hardly believe she was pregnant! 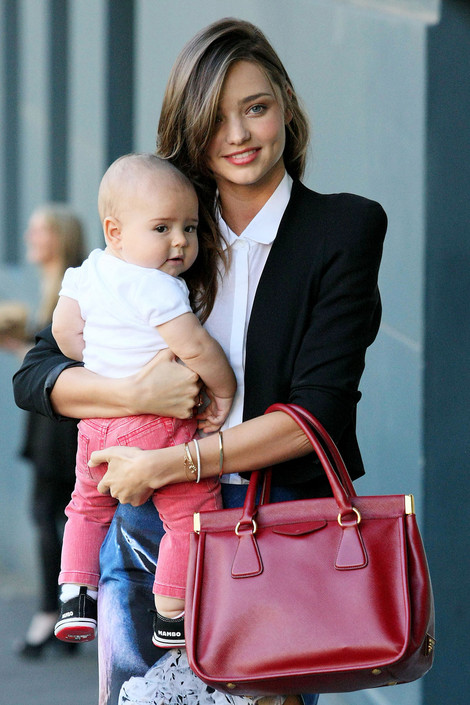 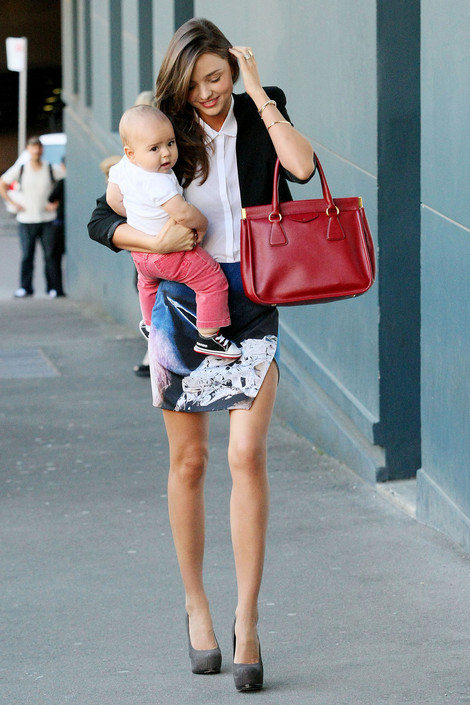 Czech supermodel Karolina Kurková (27 yo) and her husband, film-producer Archie Drury, welcomed their son Tobin Jack almost 2 years ago (October 29 2009). We can all see that there’s a new trend for supermodels to get pregnant and Karolina confirms it: ‘You know, it’s probably the new thing to be pregnant. It’s not to have the Chanel python bag. It’s to be pregnant.’ But she is no exception to the rule: soon after giving birth she got back in shape and she continued her great modelling career. 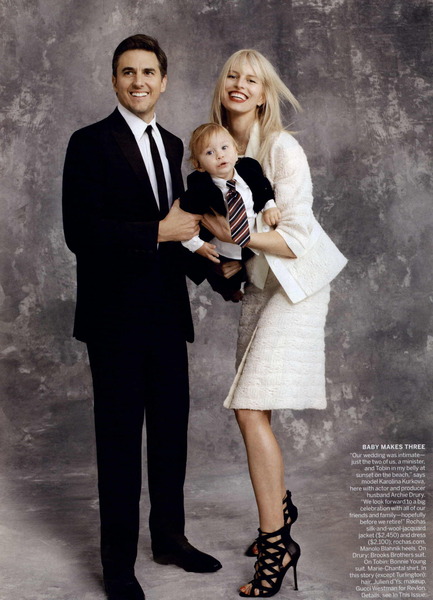 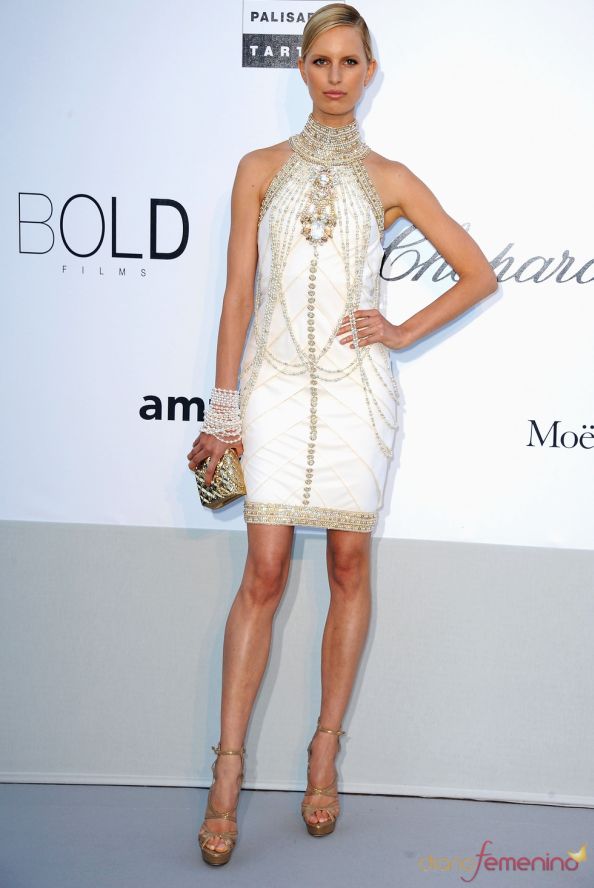 Karolina Kurková looking stunning at the 2011 amFAR gala in Cannes. Photo from diariofemenino.com

You know who else looks great after giving birth? Brazilian ‘angel’, Alessandra Ambrósio (30 yo). She and her fiancé Jamie Mazur welcomed their first child – daughter Anja Louise Ambrósio Mazur – 3 years ago. Is it a surprise that she looks this good right now? I don’t think so. Models tend to work really hard to keep their bodies fit. Or maybe she just has great genes. 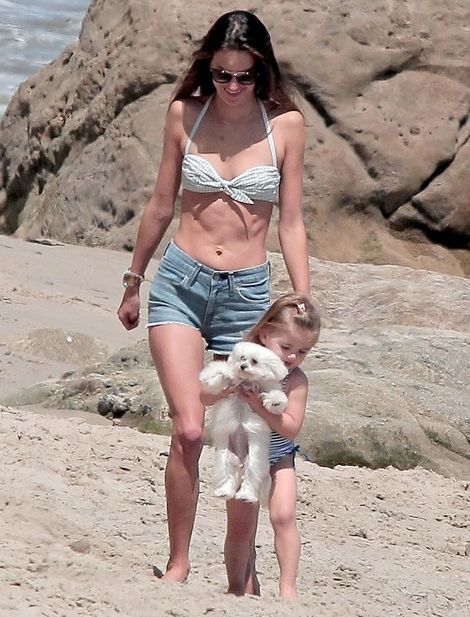 In 2010 she was looking amazing on the Victoria’s Secret runway: 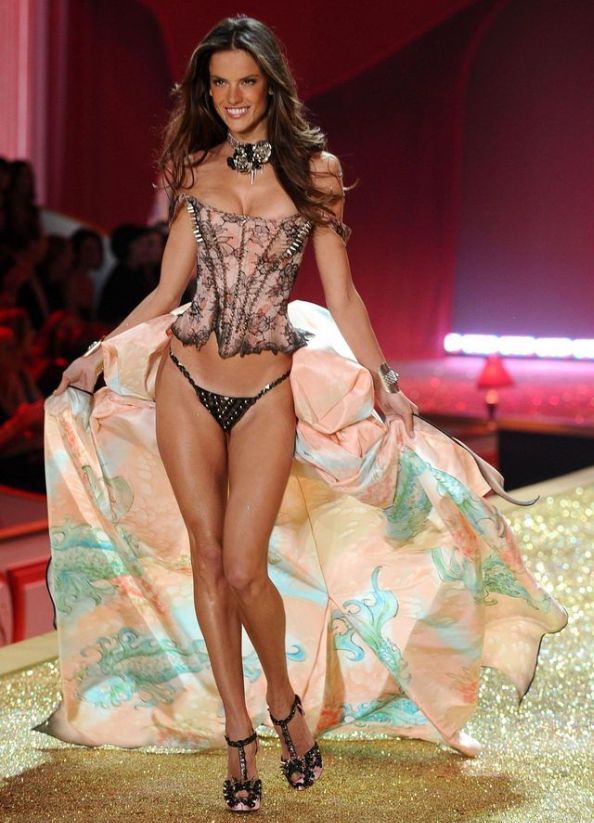 Dutch supermodel, Doutzen Kroes (26 yo) and her husband – ‘DJ Sunnery’ James – welcomed their first child, a baby boy, this year on January 21. Their now 6 months old son was named Phyllon Joy Gorré —  yes, I know, quite an original name. Needless to say that just like the rest of her runway colleagues she had no problem getting back in shape soon after giving birth. 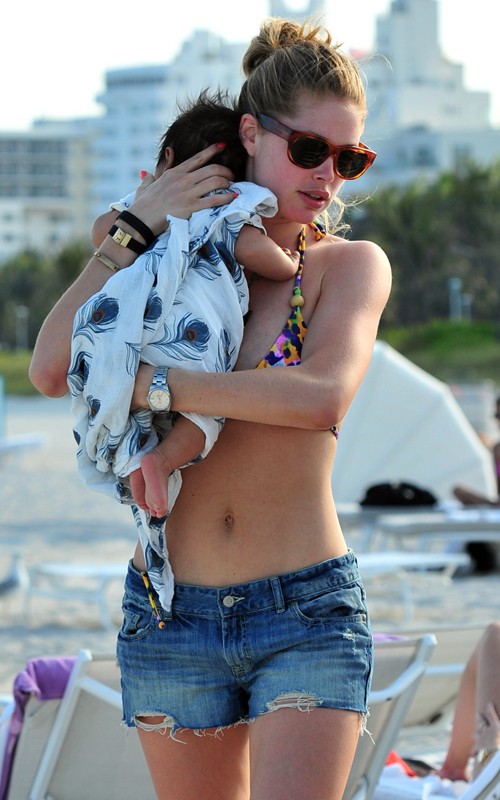 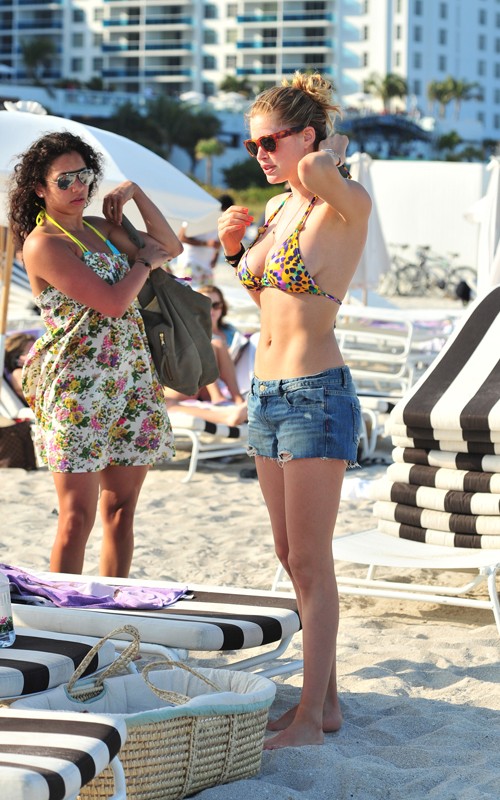 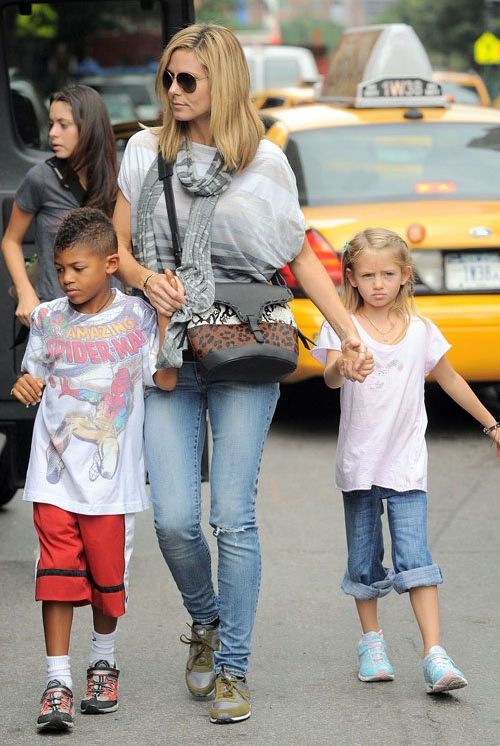 7 years and 4 kids later she manages to look like this: 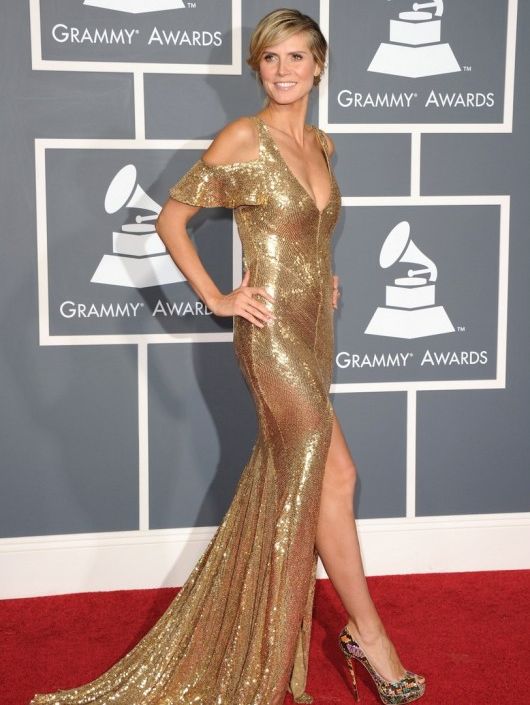 The Modern Approach to Make-Up in Photography | Mole Empire

[…] if you want to become fashion models, gather your face powders, lipsticks, nail polish and cremes, and start a cosmetics fight! While […]

So You Really Want To Become A Model?

[…] developer while pursuing a model and acting career. http://want-to-become-a-model.blogspot.comSo You Really Want To Become A Model? Becoming a model is a challenging, yet very rewarding path. To…is questionable, and some agencies even say that attending a modeling school can teach you bad […]

[…] critics and audiences haven’t always taken career turns from modeling to acting very seriously, some women have broken through in a big way. Here are five awesome […]

Mothers to the Rescue | Mole Empire

[…] No.1: Never mess with mama’s baby! If animal mothers could talk they would definitely scream: “Get your paws off my baby!” in situations […]

[…] the incurable romantics Victoria’s Secret found the perfect mix: lingerie, chocolate and sexy perfumes are the ingredients for […]