For many people, flies are unwanted, to say the least. But for Magnus Muhr they are very artistic, especially the dead ones. 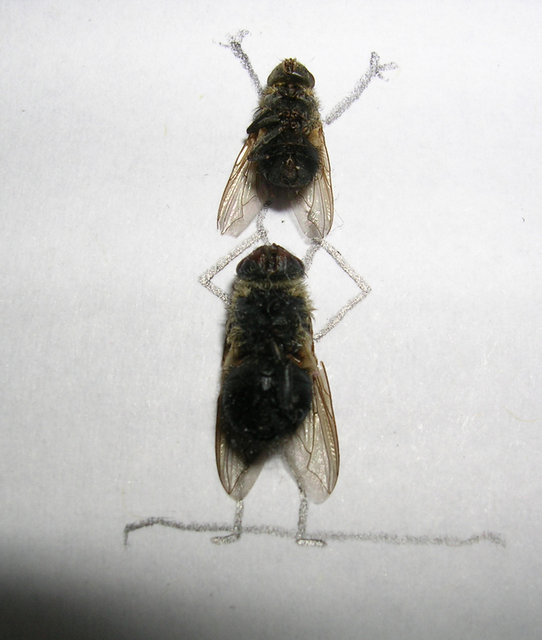 He uses tweezers to place the flies in various positions on carton, making their presence feel more life-like. The saying ‘you’re as active as a dead fly’ may have just earned a positive meaning. The insects are depicted in day-to-day situations or placed and are even drawn to represent sport activities such as horseback riding, running, water ballet or  various types of dancing. Thanks to Muhr, dead flies are more human than they’ve ever been.

The way I see it, you could iterate one ordinary day from someone’s life with these simple pictures.

Having a conversation with someone unbelievable or maybe someone whose just unbelievably tall is not restricted to humans . 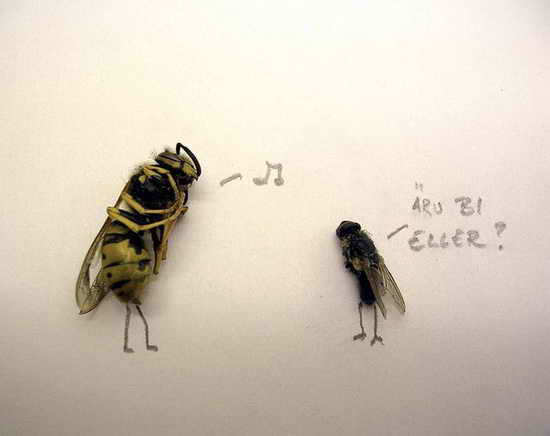 Next time you feel like running keep in mind that dead flies might actually become serious competition. 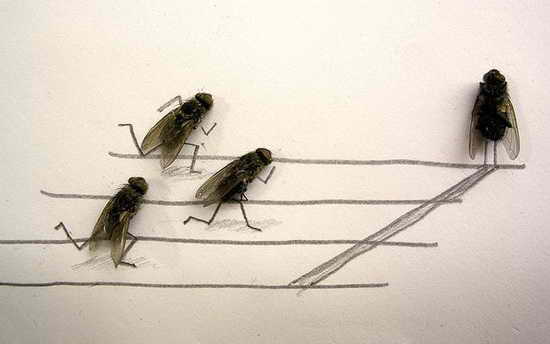 Be careful what you wish for, cause that knight in shiny armor may look like a catch from far away, but as he is getting closer be more like The Fly. 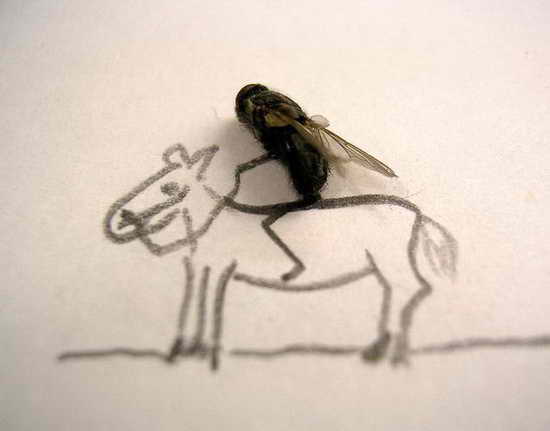 This is a classic that really requires absolutely no comments.

Sometimes even flies are pressured by needs… 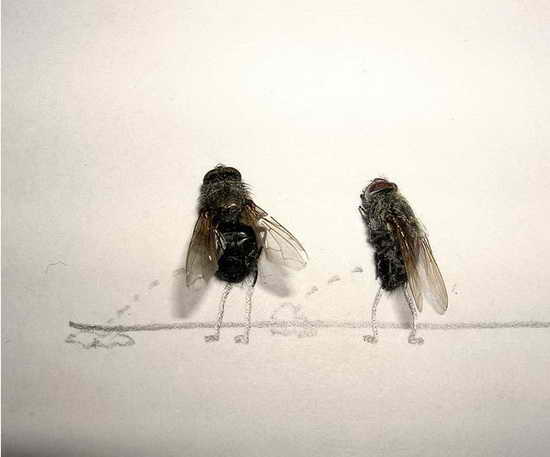 And of course, at the end of the day, tell everyone to buzz off! 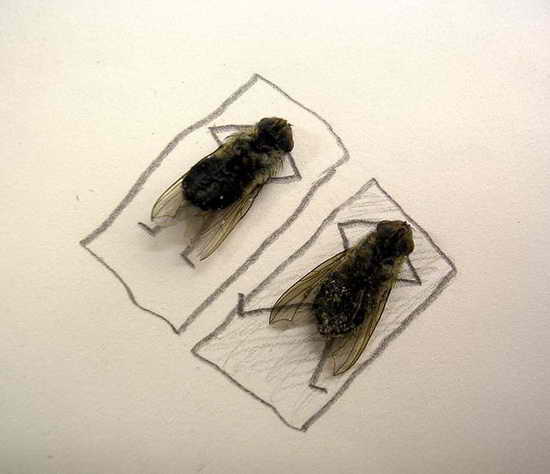 Don’t be a buzz kill, take a look at these recycled insects and ponder on whether this is art or not.

[…] ants, this is probably what Heaven would look like. It might sound weird to picture yourself as a dead insect but think about it: no one to command you, no busting your chops gathering food, no worries. Food […]