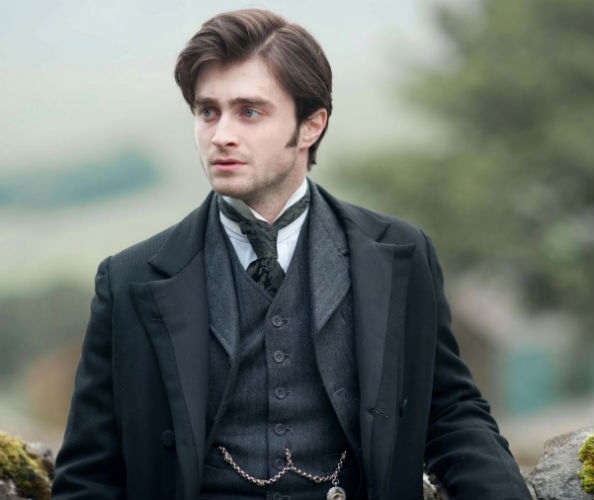 Daniel Radcliffe in ‘The woman in black’, from Pearl&Dean

After portraying Harry Potter for almost a decade, I think it will be fun to see Daniel Radcliffe return on the big screen for his most recent project, ‘The Woman in Black‘.  This time, he will star in a horror film, based on a novel written by Susan Hill. A teaser trailer has recently been released on Yahoo! Movies, and it looks pretty creepy.

‘The Woman in Black’ movie is about a young lawyer who travels to a remote mansion to collect a deceased client’s belongings. Upon arriving, the lawyer discovers the mansion’s dark history and finds himself terrorized by a vengeful ghost who threatens the lives of him and his family.

The film is directed by James Watkins. If you ask me, the trailer is pretty effective and has a lot of suspense for only less than two minutes. I’m not a big fan of haunted house stories (except for ‘Insidious’, which wasn’t actually about the house, but it revolved a lot around it) and creepy dolls. But hey – it’s Daniel Radcliffe, and I can’t wait to see him in his first high-profile film post ‘Harry Potter‘.

‘The Woman in Black’ will be released on February 3, 2012. Take a look at the trailer and let us know if you’re looking forward to it.

[…] i had to describe her work in a few words, they would definitely be: creepy, weird, dark, ambiguous but at the same time interesting. Usually, they are a mix of black – […]