Las Vegas may the gambling capital of the world but there’s plenty more to do that just play blackjack or craps, as the entertainment and music scene is second to none. Unlike UK casinos and other more straightforward casinos where gambling is the only draw, the huge hotels and casinos of Vegas have made their name by providing a feast for the senses, including bringing in some of the top musicians to play to packed houses in Sin City.

Celine Dion has played to sold out shows in La Vegas for years now, becoming a regular fixture at Caesar’s Palace. Her amazing vocals are backed up by a stellar stage show, with 31 musicians and a full orchestra and band backing her amidst an amaing set that changes and transforms as the concert progresses.

Elton John plays a more limited schedule than Celine but he’s back for a third year at The Colosseum in Caesar’s Palace, with his new show called “The Million Dollar Piano”. Elton and his band will play 16 shows in 2011, including many of the favorite standards such as “Candle in the Wind”. 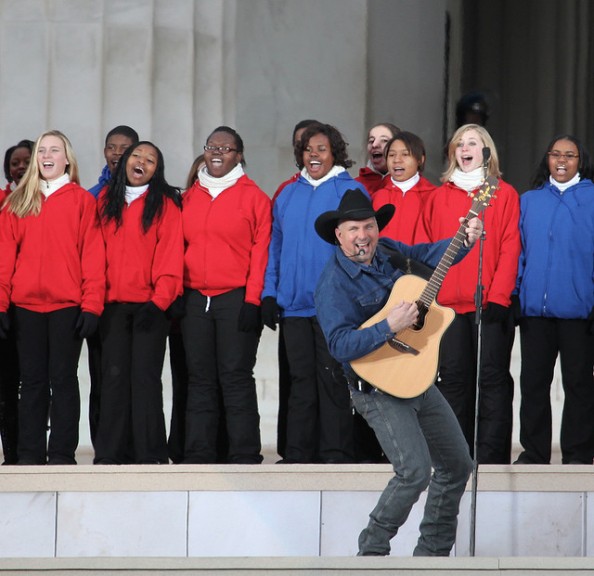 The Wynn is where Garth Brooks calls home when performing in Vegas, bringing a little bit of country to the bright neon lights of Sin City. The Encore theater at the Wynn where he plays is a smaller venue than most Garth shows, giving fans a unique chance to see the country star a little more up close and personal.

A top five list of Vegas singers wouldn’t be complete without a bit of cheesiness and camp, which is where Rod Stewart steps in. His 18 shows at the Colosseum at caesar’s Palace give fans a chance to hear all their favorites such as “Maggie May,” “You Wear it Well,” “Hot Legs,” and “You’re in My Heart”.

Josh Groban only plays a few Vegas shows a year so catching him in action is like hitting a big casino online jackpot for his fans, but if you’re lucky (or plan your vacation well) you can see him at the MGM Grand Garden arena.